With the beginning of 2017 comes newfound optimism: in just two weeks, President Barack Obama’s term of office will come to an ignominious end. As the clock ticks down, Americans get more and more excited to see Obama’s back – we’ll no longer have to hear his sonorous baritone lecturing us about his higher morality, which invariably requires the overthrow of individualism in favor of the collective.

But Obama won’t leave without some historical rewriting.

He tweeted on January 1, “As we look ahead to the future, I wanted to take a moment to look back on the remarkable progress that you made possible these past 8 years.” What progress, pray tell? Obama tweeted that “Facing the worst financial crisis in 80 years, you delivered the longest streak of job growth in our history.” That neglects to mention that this was the weakest economic recovery in American history – that recessions are usually followed by booms, except when big government interventionism quashes those booms.

He tweeted, “After decades of rising health care costs, today nearly every American now has access to the financial security of affordable health care.” That’s patently insane. Obamacare has been a massive bust. When you mandate that people buy health insurance, people typically will do so, but that doesn’t mean it’s quality, that doctors will take it, or that health care gets better. Actually, premiums have skyrocketed nationwide under Obama, and only Medicaid has seen true growth – and many doctors are now rejecting Medicaid thanks to its low reimbursement rates. Amazingly, despite Obama’s health insurance mandate nearly 9 percent of Americans still have no health insurance.

Obama said that America “traded foreign oil for clean energy, we doubled fuel efficiency standards, & we acted on a global scale to save the one planet we’ve got.” This has nothing to do with Obama’s policy. It has to do with dropping prices of oil worldwide, as well as the fracking industry’s production increase, which helped fill the gap domestically.

Obama added, “We brought home more of our troops & strengthened US leadership – leading with diplomacy & partnering with nations to meet global problems.” This is nuts, too. Syria is in flames. Libya is in flames. Obama just set Israel on fire to watch it burn. Iran is now a burgeoning regional hegemon. Vladimir Putin’s Russia is on the move everywhere from Eastern Europe to the Middle East. China is moving rapidly to consolidate control over the South China Sea and expand its sphere of influence over surrounding states ranging from Taiwan and the Philippines to South Korea and Japan. Iraq is a war zone. Afghanistan is a disaster area.

Obama stated, “From realizing marriage equality to removing barriers to opportunity, we’ve made history in our work to reaffirm that all are created equal.” Actually, the Supreme Court declared same-sex marriage a Constitutional right over the will of the people, Obama has utilized his power to crack down on religious Americans, and race relations are at a serious low in the modern era.

Obama concluded, “It’s been the privilege of my life to serve as your President. I look forward to standing with you as a citizen. Happy New Year everybody.”

Get out, President Obama.

And don’t let the door hit you. 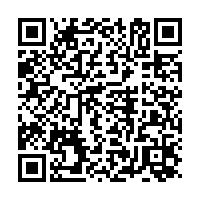