Though the IRS and its commissioner have been on the hot seat in recent congressional hearings, there is little doubt that the agency and the Obama administration believe they can ride out the storm by stonewalling Republicans asking questions about the scandal and the missing emails that are now at the center of the controversy. But an otherwise obscure legal challenge to the tax-collecting bureaucracy may hold the key to bringing some measure of accountability to the nation’s tax collectors.

As we’ve noted numerous times here, there are still a lot of unanswered questions about how and why the IRS singled out conservative groups for scrutiny when they applied for tax-exempt status. But concern about this blatantly illegal political bias has been only compounded by the revelation that the emails of the woman at the center of the affair—department chief Lois Lerner—were lost in a mysterious computer crash.


It now turns out that not only was the damaged computer hard drive recycled but that the agency also erased its own email servers. As has been pointed out repeatedly by IRS critics, taxpayers and corporations are required by law to preserve all of their communications for seven years in case they might be audited. But the IRS, a government body with nearly unlimited powers to wreck the lives of individuals that come under its scrutiny, doesn’t live by the same laws that they rigorously enforce against ordinary citizens.

But despite the suspicious nature of the missing emails and the fact that the agency cancelled the contract of the IT service provider at the same time that it lost vital information at the heart of this scandal, there seems little that critics can do about it other than to hound IRS Commissioner John Koskinen in hearings. Though his story is merely a sophisticated version of the old “dog ate my homework” excuse, Koskinen hasn’t lost his cool or cracked under the pressure. That’s due to what appears to be a thick hide and his confidence that congressional Democrats will always cover for the administration no matter how outrageous its behavior.

Since Lerner has pled the Fifth Amendment in her attempt to avoid answering questions and Attorney General Eric Holder will never launch a genuine investigation of this affair or appoint a special prosecutor, it doesn’t seem like the angry Republicans can do much but to huff and puff at Koskinen or any other hapless IRS official that attempts to tell the same lame story he’s been trying to sell Congress.

But, as I noted last month, there appears to be one hope, albeit a slim one, for some measure of accountability about the IRS’s unconstitutional behavior: a lawsuit by a small pro-Israel group* that was told by agency employees that its application for non-profit status was being scrutinized because of its opposition to the Obama administration’s foreign policy.

After years of stonewalling the case, the IRS was dealt a staggering legal setback last month when a federal judge ordered that the agency must answer the lawsuit. That response is due today. But the events of the last few weeks in which we have learned of the disappearance of Lerner’s emails makes it all the more interesting since as the defendant in the case, the IRS had the obligation to preserve all records relating to the alleged discrimination against Z Street.

Since Lerner was the official supervising those who were dealing with Z Street during this period, that makes the missing evidence even more crucial. Moreover, as the plaintiffs pursue their case they will have the ability to compel IRS officials to testify as to their practices and produce all records. If they don’t, that will only strengthen Z Street’s case. 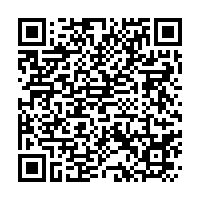