You may applaud the idea of ordaining women rabbis, or you may recoil in horror at the prospect, but the simple fact remains that women already serve the Orthodox world in clergy-like positions.

Women teach Torah in various settings, answer questions of Jewish law on many matters, provide guidance on issues of Jewish theology to individuals and otherwise function as “clergy.”


All Orthodox Jews ought to agree that these women deserve the best training possible. We certainly should recognize that they are entitled to parsonage under the Federal tax code.

The best way to accomplish this is for our community to start many different training programs for Orthodox women who wish to work as clergy.

Titles do matter, of course, and the title of this article was picked with some care: “Clergy,” a term broader than “rabbi,” is defined by Webster’s as “the group of men and women who are ordained as religious leaders and servants of God.” (In the Catholic tradition, for example, nuns are certainly clergy, though they do not perform sacraments and cannot provide communion, the central rite of Catholicism.)

Jewish law generally does not change in terms of its core principles, at least not as understood by the Orthodox community. Change is effected in only three real ways: Innovative re-understanding (chiddush); rabbinic decree (takanah) and emergency decrees (hora’at sha’ah). Each of these has, at various times and places, altered the very face and form of Jewish law and community.

The first two, while not the focus here, are nonetheless worthy of brief explanation.

Throughout Jewish legal history, scholars of halacha have advanced novel understandings of classical sources – understandings that have changed the practice of Judaism, from Boaz’s assertion in the Book of Ruth that a Moabite woman may marry a Jew, to Rabbi Ovadia Yosef’s recent assertion that in cases of surrogacy the DNA mother (rather than the birth mother) is considered the mother according to Jewish law.

Neither of these mechanisms, however, is as far-reaching or as powerful as exigent decrees (hora’at sha’ah), the rarely used power to abrogate Jewish law and do that which is prohibited in order to allow Judaism to survive. As the Talmud recounts with regard to the decision to take what had been an exclusively oral tradition and record every aspect of that tradition in writing, “it is the time to act for the sake of God, to avoid destruction of God’s Torah.”

Women’s study of Torah was the subject of exactly such a process one century ago when a group of famous rabbis – led by the Chofetz Chaim and the Admor from Gur – decided to encourage women to study Torah. The Chofetz Chaim wrote (Likutei Halachot, Sotah 20b):

It seems that all of this [prohibition against women learning Torah] applies only to times past when all daughters lived in their fathers’ home and tradition was very strong, assuring that children would pursue their parents’ path, as it says, “Ask your father and he shall tell you.” On that basis we could claim that a daughter needn’t learn Torah but merely rely on proper parental guidance. But nowadays, in our iniquity, as parental tradition has been seriously weakened and women, moreover, regularly study secular subjects, it is certainly a great mitzvah to teach them Chumash, Prophets and Writings, and rabbinic ethics, such as Pirkei Avot, Menorat Hamaor, and the like, so as to validate our sacred belief; otherwise they may stray totally from God’s path and transgress the basic tenets of religion, God forbid.

This approach, which reflects the needs of the times and the dangers of under-education in the modern world, stands in direct contrast to the formulation of Jewish law found in Rambam and Shulchan Aruch, which apparently prohibits such study. It is important to note that while the Chofetz Chaim’s formulation has the appearance of being less than ideal (bedi’eved), in reality, his construct – like the change from a purely oral Torah to an oral Torah that is written down, as Rav Yehuda HaNasi mandated – is really an adaption to changing times. 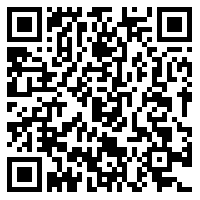