Otto Warmbier passed away on Monday. He was 22. The University of Virginia student’s last days were anything but peaceful.

He was released just last week by the North Korean regime, where he was held in captivity for 17 months for the alleged “crime” of trying to bring home a propaganda poster as a souvenir from his ill-considered trip to the hermit kingdom. In captivity, Warmbier was apparently beaten. When the DPRK released him to the surprise of American authorities, it was likely because his captors had taken Warmbier’s corporal punishments too far. He was unresponsive to commands, and his family described him as appearing “uncomfortable” and “anguished.” He soon succumbed to his injuries.

Warmbier’s death at the hands of a criminal regime is perhaps the most vicious crime directed against an American citizen by DPRK authorities since two U.S. officers were murdered by an axe-wielding mob on the de-militarized zone between South and North Korea in 1976. This is an offense to American dignity and sovereignty—and it is proving a revealing moment in American politics. Warmbier’s capture and his fate have exposed again the utter moral perversion of the social justice left.

It wasn’t the extrajudicial nature of Warmbier’s capture that caught the attention of the liberal commentary class. Nor was it the triviality of his supposed “crime.” In fact, the only thing that appeared to intrigue some influential members of the identity-obsessed left was Warmbier’s background.

“It’s just tough for me to have much sympathy for this guy and his crocodile tears,” said former Comedy Central host Larry Wilmore amid what was billed as a comedic monologue on his now-cancelled show in March 2016. He noted that, according to reporting, Warmbier had committed the “international crime” of poster stealing as part of an initiation into his UVA fraternity. “You’ve got to read the fine print on your American frat bro warranty,” Wilmore noted mockingly. “It says, ‘Frat Bro Privilege not valid in totalitarian dystopias.’”

It’s not easy for an American to offer himself up to the regime in Pyongyang as a bargaining chip. It takes considerable effort to be that reckless. Wilmore’s invocation of Warmbier’s “privilege” is, in this instance, inadvertently telling. Wilmore was cautious, but the adoring write up of his remarks in Salon was less coded. “This might be America’s biggest idiot frat boy,” the post was headlined.

University of Virginia’s fraternity system is the source of much progressive angst. That angst motivated the serial fabulist Sabrina Rubin Erdely to publish a fictional account of a gang rape initiation system at the frat—a piece that subsequently cost her former publication, Rolling Stone, $1.65 million in damages.  “Privilege” is how social-justice advocates describe those who they think should be found guilty under a Rawlsian ideal of distributive justice. So what made Warmbier so deserving of his captivity and mistreatment at the hands of a famously brutal Stalinist regime? Huffington Post blogger La Sha was more direct than Wilmore in March 2016: his heritage. Specifically, his “white male privilege.”

In Sha’s estimation, the accidents of Warmbier’s birth afforded him a “shield” from justice in the United States. His heterosexuality, white skin color, and male genitalia rendered him functionally above the law. “That kind of reckless gall is an unfortunate side effect of being socialized first as a white boy, and then as a white man in this country,” she wrote. In fact, it’s not rare for North Korea to take American citizens hostage, but they are often of Korean heritage. There are three Americans of Korean origin in Pyongyang’s clutches right now, in fact. The author of this deluded, bigoted rant makes no effort to understand the conditions in North Korea. Why should she? Her appeals to identity politics and the historical grievances she invokes are enough for her baseless opinion to be taken seriously and published in a national political blog.

This horrifying zest to attack this young adult, now just another victim of a totalitarian and criminal state, has exposed social justice for what it is: the precise opposite of objective justice. There is no theory of justice, no school of thought that would justify the treatment to which Warmbier was subjected. There was nothing just about his ordeal. Those who would excuse the regime’s conduct, even going so far as to adopt its language (the grave “international crime” of poster theft) have abdicated all moral authority. And for what? The base pleasure of pleasing a mob that lusts for the blood of those with certain characteristics adopted at birth—characteristics they happen to resent. That’s not justice. It’s prejudice. 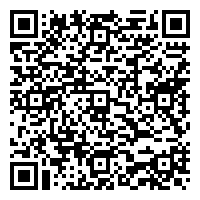