The Palestinians, who have been sending flaming kites from the Gaza Strip into Israel the past few weeks, say that their real goal is to “burn the Jews” and destroy Israel. They see the kites as a new weapon to achieve their goal. They are disappointed, they say, that no Jew has been hurt yet as a result of the fires triggered by the flaming kites.


The kites have ignited dozens of fires in Israeli fields and forests adjacent to the border with the Gaza Strip, much to the satisfaction of the Palestinians and their supporters in the Arab and Islamic countries, who took to various social media platforms to celebrate the “success” of the Palestinian terror kites.

The same Palestinians who are openly stating that the flaming kites are aimed at “burning the Jews” and eliminating Israel are also arguing that this new form of terrorism is in the context a “peaceful and nonviolent protest” by the residents of the Gaza Strip.

The international community, together with mainstream media in the West, appears to have fallen for this deception by the Palestinians and keep endorsing the bogus claim that the residents of the Gaza Strip are engaging in a peaceful and popular “resistance” against Israel.

All that the foreign journalists and governments around the world need to do to understand the true intentions of the Palestinians behind this latest wave of terrorism is to listen carefully to what is being said in the Gaza Strip, even if it does not fit in with their “narrative.”

There are two important factors that the international community needs to notice regarding the flaming kites that the Palestinians are sending to Israel from the Gaza Strip. First: those who are launching the kites are making it clear that their ultimate goal is to kill as many Jews as possible and bring about the obliteration of Israel. Second: the Palestinians see all Jews living in Israel as “settlers.”

The Palestinians are now also telling us that the terror kites they are sending to Israel accord with what the Quran orders Muslims to do in the fight against the “infidels.” They apparently see the flaming kites as part of the jihad (holy war) against the enemies of Allah and Islam. To back up their argument, the Palestinians are quoting the verse from the Quran that states:

“And prepare against them whatever you are able of power and of steeds of war by which you may terrify the enemy of Allah and your enemy and others besides them whom you do not know [but] whom Allah knows. And whatever you spend in the cause of Allah will be fully repaid to you, and you will not be wronged.” (Al-Anfaal Sura, 8:60).

The jubilant reactions of Palestinians and other Arabs and Muslims to the reports about the kite fires that have destroyed thousands of acres of fields and agricultural lands in Israel also leave no doubt that this tactic is a violent jihad waged with the goal of destroying Israel and killing Jews. Each time a report about another blaze surfaces, many Palestinians take to Facebook and Twitter to shout the Islamic battle cry “Allahu Akbar!” [“Allah is Greatest”], echoing calls from ISIS, Al-Qaeda and other jihadi terror groups when they launch terror attacks against non-Muslims. The Arabs and Muslims are now referring to the kite launchers as “mujahideen” (warriors) – a sign that these terrorists are soldiers of Islam engaged in a jihad against the infidels, including, of course, the Jews.

In case anyone had doubts as to why the flaming kites are being sent to Israel, here is what one of the terrorists, Abu Al-Majd, had to say: “We are sending these kites because we want to tell the world that we are determined to return to the homes we lost 70 years ago.” In other words, what Abu Al-Majd is saying is, “We want to set fire to Israel so that the Jews will be burned or forced to leave their country.”

The jihad of the Palestinians against Israel is the same jihad that ISIS, the Muslim Brotherhood and other Islamic jihadi groups have also been waging on the “infidels” and “enemies of Islam” in the US, EU and other non-Muslim countries. Jihad is a religious duty imposed on Muslims to spread their religion by waging war. The word “jihad” is mentioned several times in the Qur’an, where Muslims are told that they must do their utmost to spread Islam and fight the non-Muslims.

Consider, for example, this reference to jihad in the Quran (Al-Mumtahanah S 60:1):

“O you who believe! Do not take My enemy and your enemy for close friends, offering them love while they disbelieve what has come to you of the truth, [and] rive out the Messenger and yourself because you believe in Allah – your Lord – if you have gone forth waging jihad in My name and seeing My pleasure.”

Or another verse from the Quran (Al-Maidah Sura 5:54):

“O you who believe! Whoever from among you turns back from his religion, then Allah will bring a people whom He loves and who love Him; who are humble toward the believers, are proud toward the disbelievers, do jihad in the way of Allah, and do not fear the blame of any blamer.”

When talking about this latest attempt to set Israel on fire and burn Jews, we are not talking about children who are playing with kites. We are witnessing a well-organized campaign of terror orchestrated by terrorists and activists belonging to Hamas and other Palestinian groups in the Gaza Strip. The terrorists have even attached explosive devices to some of the kites. They have also formed a terror cell called the Kites Unit, similar to the gangs that fire mortars and rockets at Israel every now and then. This is the real jihad where the Palestinians are fulfilling their duty as Muslims to wage war on Jews.

The flaming kites flying from the Gaza Strip are another act of war, another phase of the jihad launched by Palestinians and their Arab and Muslim brothers against Israel and Jews on two fronts. While the Palestinians in the Gaza Strip are trying to set all of Israel on fire, the Palestinian Authority and its president, Mahmoud Abbas, are continuing to wage another type of war on Israel: that one in international forums to delegitimize Israel and demonize Jews. 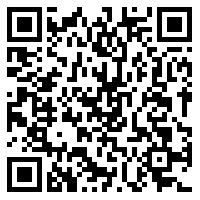