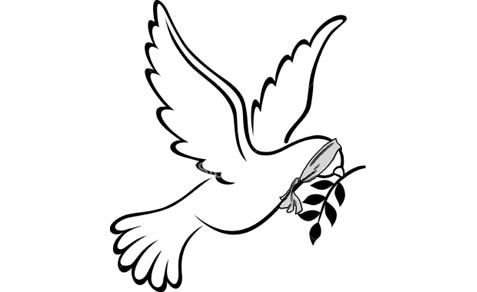 In recent years, amid the rounds of fighting in Gaza (of which the most notable were Operation Cast Lead [2008-09], Operation Pillar of Defense [2012], and Operation Defensive Shield [2014]), the conflict has been managed by “mowing the grass” every few years. The continuing behavior of Hamas and Islamic Jihad indicates that the ostensible quiet is just for appearances. Each week sees violent incidents, including the laying of explosive devices on the traffic arteries of IDF soldiers, stone throwing, the hurling of explosives, the use of fireworks and gasoline bombs, the burning of sizable tracts of land with incendiary kites and balloons, and so on. Palestinian organizations keep track of these incidents and flaunt them as part of their widespread “resistance” to the Israeli “occupation.” The “resistance,” al-muqawama, comes to the fore in all arenas: Jerusalem, the West Bank, Gaza, and in hunger strikes by imprisoned terrorists.


For example, a publication of Islamic Jihad from June 30, 2019, states on the news page that “during this week a shahid [Muhammad Samir Abeed of Issawiya in Jerusalem] was killed and dozens were wounded in 102 clashes with the occupation. The losses of the enemy are only ‘four wounded Zionists.’” Since the end of last month, with the outbreak of violent incidents in Issawiya, 106 Palestinians have been wounded. The list of places in which clashes have occurred reflects a mass onslaught of incendiary balloons and Molotov cocktails: eastern Jabaliyah, eastern Gaza, the al-Bureij Camp, eastern Rafah, Bet El, Jabel Mukaber, A-Tur, Issawiya, Eshkol, and elsewhere. The Islamic Jihad publication makes a point of calling the Israeli communities mughtasbah – “place of the oppressor,” or “stolen places.” It makes no difference if the place is Sderot, Eshkol, or West Bank communities like Bet El and Pasgot. According to Plestinian and Islamic terminology, it is all stolen, without any connection to some imaginary Green Line.

The most recent clashes constitute the peak of the wave of protests against the “Deal of the Century” that the Trump administration is trying to promote as a possible blueprint for peace. The successful summit in Bahrain may have created economic incentives, but it also encouraged the elements that oppose peace, with the Islamic elements at the forefront. It is not only the Palestinian Authority that rejects the deal but also Hamas and Islamic Jihad, which consider it an attempt to bury the Palestinian problem for a handful of dollars. “Is it not clear as sun to our Palestinian people and to our Arab Islamic nation and to the free peoples that the Deal of the Century must be rejected?” the new leader of Islamic Jihad, Ziad Nakhaleh, asked rhetorically. Khaled Mashal, former head of Hamas’s Political Bureau, likewise averred that “the Deal of the Century will be judged a failure and has no future.”

The original sin was and remains the establishment of the state of Israel. In Nakhaleh’s speech on June 25, he put it clearly: “The Zionist movement and its allies in the West planned and succeeded to persuade some of us to recognize the enemy and hand it the large part of Palestine that is called Israel.”

The problem is normalization. Part of the Arab world has been persuaded that it makes sense to recognize the state of Israel within certain borders. Nakhaleh regards the West Bank as the foundation and fulcrum of the Jewish state, which aims, on both religious and practical grounds, to complete its “Judaization” and make it part of Israel. Hence, the leader of Islamic Jihad proclaims, his organization rejects the plan – “No state and no peace.” “We will not take the poison of the plan,” he declared. “The enemy will not break our will because all of us are insurrectionists or Muslims.” All of us – that is, all Muslims. He states the case with perfect clarity: “We as Muslims do not want any plan or settlement but only the continuation of the conflict for many generations without any compromise between us and the part that is called Israel.”

A concrete manifestation of this stance of rejecting normalization can be seen in events surrounding the death of Muhammad Samir Abeed in Jerusalem at the end of June. Abeed was an operative of the Democratic Front for the Liberation of Palestine who served time in prison for anti-Israeli activity; he shot fireworks directly at a Border Guard patrol in his village, putting their lives in danger. In a proclamation issued by the Democratic Front, it took pride “in all the words of praise and exaltation of its shahid, the released prisoner, martyr of the resistance to the Deal of the Century and of defending Jerusalem against Israelization and Judaization.”

The Democratic Front, like Islamic Jihad and other organizations, underlined the reason for the struggle. The jihad goes on in order to oppose normalization of Israel.

The Deal of the Century and the Bahrain conference indicate that, in a certain sense, the Palestinian issue has become anachronistic. For Saudi Arabia and the Gulf States, and for not a few Islamic countries, there is no real reason to oppose normalization with Israel, the capital of which is Jerusalem. Nor do these countries have any reason to oppose a peace settlement aimed at improving the lives of the Palestinians.

The Palestinians, however, are not interested in a peace settlement. It is convenient for them to maintain the status quo of an ongoing struggle against the Zionist enemy, whether out of religious or nationalist motives. The leaders and businessmen who gathered in Bahrain may hope for a better future for the Palestinians, But leading a horse to water cannot make it drink.

(Col. (res.) Shaul Bartal is a research associate at the Begin-Sadat Center for Strategic Studies) 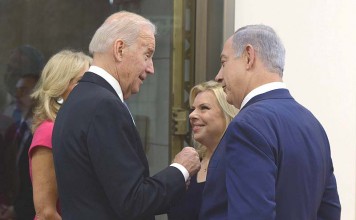