Palestinian leaders have a tradition of backing tyrants and corrupt regimes around the world. When their choices prove disastrous, they run to the Americans begging for pity.

The Palestinian leaders do not run to their Arab brothers: they know that most Arab countries are sick and tired of Palestinian lies and backstabbing.


The Palestinians, in addition, are best known in the Arab world for biting the hand that feeds them.

In response to US House of Representatives Speaker Nancy Pelosi’s visit to Taiwan together with five Democratic members of the House, the Palestinian “presidency” was quick to issue a statement supporting China. The statement illustrates what has been known for years — that Palestinians are adversarial to American interests and hostile to American allies.

“The Palestinian presidency affirmed that the State of Palestine stands by the friendly People’s Republic of China,” read the statement issued by Abbas’s office in Ramallah, the de facto capital of the Palestinians.

The statement expressed Palestinian “support for China’s sovereignty and territorial integrity, stressing its right to defend its sovereign, security and development interests.”

The Palestinians, in other words, are saying that they have chosen to be on the side of China in its latest skirmish with the US over Taiwan. This anti-US Palestinian position, however, does not surprise those who are familiar with the ruinous policies, strategies and decisions of the Palestinian leaders over the past decades.

The statement in support of China is yet another example of the Palestinians’ betting on the wrong horse. Always on the side of the despotic regimes and countries, Palestinians appear to have learned nothing from their mistakes.

In the 1940s, Palestinian leader Mufti Hajj Amin al-Husseini met with Adolf Hitler in the midst of World War II, during the murder of Jews in Eastern Europe. According to a British archive, the Mufti asked to take the opportunity to thank the Führer, who is popular with the entire Arab world, for the sympathy he has always shown to the Arab world, especially the Palestinians.

“The Arab states are convinced that Germany will win the war and that Arab interests will flourish,” the archive documents note.

“The Arabs are Germany’s natural friends because they have the common enemies of Germany, especially the British, the Jews and the Communists, and for this reason they are willing to cooperate with Germany with all their heart.”

Since then, Palestinian leaders have remained faithful to the strategy of the Mufti, which is based on aligning themselves with the world’s most reprehensible leaders and countries.

Ironically, the Palestinian statement in support of China was published on the same day marking the anniversary of Iraqi dictator Saddam Hussein’s invasion of Kuwait (August 2, 1990). When the Kuwaitis got back their country a year later, they and other Gulf states sent hundreds of thousands of Palestinians packing.

The Palestinian people were the ones who paid a heavy price for Arafat’s disastrous decision to side with Saddam Hussein. Some 450,000 had lived in Kuwait before the invasion. Most were expelled or pressured to leave after the tiny, oil-rich Gulf state was liberated. Dozens of Palestinians were convicted after the war for collaborating with the Iraqi occupiers.

In the 1970s and ’80s, the Palestinians supported the Irish Republican Army (IRA) against the British. Arafat’s PLO provided guns and sabotage devices to its IRA friends and gave special training to IRA members.

The Palestinians supported and aligned themselves with the Japanese Red Army terrorist group, which carried out a series of attacks throughout the ’70s and ’80s, including the 1975 takeover of the US Consulate in Kuala Lumpur and the 1972 gun and grenade attack on Israel’s Lod Airport, which left 26 people dead and around 80 injured.

During the Cold War, the Palestinians chose to side with the Soviet Union — against the US.

The Palestinian leadership has more recently sought to warm up their relations with the regime of Syrian dictator Bashar Assad, even though in the past few decades, the Syrians have killed thousands of Palestinians in Syria and Lebanon. To this day, Palestinians continue to publicly voice support for the Assad regime.

Most recently, Palestinians have come out in support of Russia in its war with Ukraine, probably more out of hatred for the US than love for the Russians.

While Israel consistently stands by its US partners, Palestinians continue to ridicule and condemn the US, undermine its interests by aligning themselves with anti-US parties, and financing the families of Palestinians who murder Israeli and US citizens.

If Palestinians love China so much, then why does the Biden administration, and not China, continue to pour hundreds of millions of dollars on them? Is it better to be America’s adversary so it will bribe you to become an ally? Just look at how America is groveling before Iran; the mullahs have been calling for “Death to America” (here, here, here and here) and taking hostages since 1979.

Palestinians expect US financial aid, but oppose the US on every foreign policy front. The Biden administration does not seem to have a problem funding the Iranian regime; the Chinese Communist Party; the hostile, illegitimate Maduro government of Venezuela or the Palestinian leadership, while Palestinians are spitting in the face of the US and openly supporting all those who hate the US and the Americans. It sometimes seems as if the harder America’s adversaries spit, the harder the Americans rush to fund them.

Palestinians, who have sided against America with Nazi Germany, Russia, Saddam Hussein’s Iraq, North Korea, Syria’s Assad, Iran, Hezbollah, and now China, are again exposing their anti-US sentiments. They will happily pad their bank accounts with American money, while continuing to act against the US and its policies in different parts of the world.

Many Arab countries have learned the lesson of Palestinian betrayal: that is why they long ago stopped funding the Palestinians. The Arab leaders refuse to throw their money at those who praise their enemies.

It is in the best interests of the Biden administration and other Americans to take note of the Arab leaders’ self-respect in the face of Palestinian treachery. If US leaders skip that lesson, they may discover that the Palestinian state they talk about endlessly will continue on the same path exploiting the moral hazard the US so stupidly offers. Rewarding bad behavior more and more in the hope of changing it instead simply incentivizes and reinforces it. The US has actually been teaching those who wish to create a Palestinian state that being best buddies with America’s worst enemies is where the biggest profits lie. 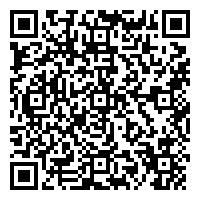