Israelis are scheduled to head to the ballot boxes on April 9 to vote for a new parliament (Knesset). This will be the fifth general election in Israel since 2006.


The Palestinians in the West Bank and Gaza Strip, on the other hand, have, since 2006, failed to hold a single election for their parliament, known as the Palestinian Legislative Council (PLC).

Since its inception in 1994, the Palestinian Authority (PA) has held only two legislative elections: the first in 1996 and the second in 2006. The PLC is elected for four years only, but political rivalries among Palestinian factions have blocked any agreement on holding the vote on time.

Since 1994, the Palestinians have also held only two presidential elections: the first in 1996 and the second in 2005. Yasser Arafat won the first election with 88.2% of the vote. His only opponent was a Samiha Khalil, a prominent female charity worker, who got only 11.5% of the vote.

Mahmoud Abbas won the second presidential election, which took place on January 9, 2005. After winning 62% of the vote, he was elected to a four-year term as the new president of the PA. The 83-year-old Abbas was one of seven candidates who ran in the election.

Israel has held seven general elections since the establishment of the PA in 1994, and has since elected five prime ministers: Shimon Peres, Benjamin Netanyahu, Ehud Barak, Ariel Sharon and Ehud Olmert. The Palestinians, by contrast, have only elected two presidents in the past 25 years: Arafat and Abbas.

At this stage, it seems unclear whether the Palestinians will manage to hold the long-overdue presidential and parliamentary elections. Abbas has just entered his 15th year of his four-year-term, while the Palestinian parliament has been inoperative since 2007, the year Hamas violently seized control of the Gaza Strip.

Abbas recently decided to dissolve the Palestinian parliament. His decision drew sharp criticism from several Palestinian groups, including Hamas. Abbas’s political rivals have condemned his move as “illegal and unconstitutional.” Abbas says he wants to hold new elections for the parliament and has instructed his government and the Palestinian Central Elections Committee to start preparing for the vote.

It is anyone’s guess as to how Abbas will hold parliamentary elections when Hamas and other Palestinian groups are saying that they will boycott the vote. Under the current circumstances, Abbas may have to hold the elections solely in the territories under the control of his PA in the West Bank, and not the Hamas-controlled Gaza Strip.

What is mainly blocking the Palestinians from holding presidential and parliamentary elections is the continued dispute between Abbas’s Fatah faction and Hamas. ّّIt does not appear that the falling-out/disagreement has run its course. Repeated attempts in the past 13 years by several Arab countries, including Egypt, Saudi Arabia and Qatar, to reach “reconciliation agreements” between the Palestinian Authority and Hamas have thus far fallen flat.

In recent weeks, the rivalry between Fatah and Hamas has intensified to a point where they have begun waging street- and online campaigns to discredit each other.

A Hamas-sponsored campaign is calling for the ouster of Abbas on the pretext that he is no longer considered a rightful and legitimate leader because his term in office expired in 2009. Thousands of Palestinians have taken to the streets in the Hamas-run Gaza Strip to protest against Abbas and demand that he be removed from power in the Fatah-run West Bank. The protests are being held under the banner: “Go Away!” The anti-Abbas protesters are particularly angry with the PA president because of the sanctions he imposed on the Gaza Strip more than a year ago. These include cutting salaries to thousands of Palestinians and refusing to pay Israel for fuel and electricity supplies to the Gaza Strip.

Fatah loyalists in the West Bank have launched a counter-campaign in support of their president, Mahmoud Abbas. In the past week, Fatah organized several pro-Abbas rallies in several West Bank cities under the banner: “You Represent Me” and “We Chose You.” The pro-Abbas demonstrators are also castigating Hamas for its continued rule over the Gaza Strip and its refusal to allow the PA government to assume its responsibilities there.

The demonstrations, both in favor of and against Abbas, are yet another sign of the deepening crisis between Fatah and Hamas, the main players in the Palestinian arena. The two parties are also accusing each other of arresting and torturing each other’s supporters. Last week, Fatah claimed that Hamas has arrested more than 100 Fatah members in the Gaza Strip for their role in organizing pro-Abbas rallies there. Hamas, for its part, says that hardly a day passes without the PA arresting several of its supporters and members in the West Bank.

Fatah says it would be impossible to hold fair and free elections in the Gaza Strip at a time when Hamas is arresting and torturing Fatah activists and other political opponents there. Similarly, Hamas says it would be impossible to hold free and democratic elections in the West Bank at a time when Abbas’s security forces are continuing their crackdown on Hamas members and supporters there.

Let the world take note: the two-state solution has been realized in the Middle East. The Palestinians have ended up with two separate mini-states of their own. These mini-states have been at war with each other since 2007. The leaders of the Palestinian Authority and Hamas cannot agree on anything, not even on daylight savings time. If the PA says that daylight savings time ends on a specific day, Hamas rejects the decision and chooses another day, creating two different time zones for the West Bank and Gaza Strip.

If the PA and Hamas cannot agree on the time of day, it takes little imagination to understand that they cannot agree on guaranteeing the Palestinians the right to have democratic and free elections.

Once again, Palestinians are left to sit back and watch with envy how Israelis prepare for their upcoming general elections while the PA and Hamas continue slinging mud at each other rather than leading the Palestinian people.

For now, it appears that neither the Palestinian Authority nor Hamas is interested in holding presidential and legislative elections. The two parties feel comfortable with the status quo; the PA and Abbas are the unchallenged rulers of parts of the West Bank and they see no reason why they should risk holding an election that could result in a Hamas victory. Hamas, for its part, is comfortable with its exclusive control of the two million Palestinians living in the Gaza Strip and sees no reason why it should allow Palestinians to practice their right to elect new leaders.

Instead of marching Palestinians towards democracy, the PA and Hamas have chosen the model of totalitarianism as a way of governing their people. The pro-Abbas demonstrations organized by Fatah in the West Bank are reminiscent of dictatorships in the Arab world that send their loyalists to the streets to voice support for the ruler. The Hamas-sponsored anti-Abbas demonstrations in the Gaza Strip will not solve any of the crises facing the Palestinians there. These protests are Hamas’s way of distracting attention from its failure to improve the living conditions of the people under its repressive regime.

On April 9, Israelis will again celebrate democracy by voting in a free and democratic election. The Palestinians, meanwhile, will mark another year of dictatorship and failed leadership, and will continue to dream about heading to any ballot box at all. 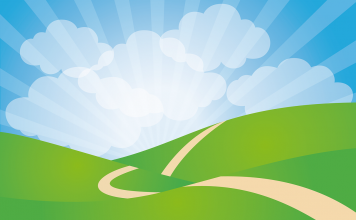 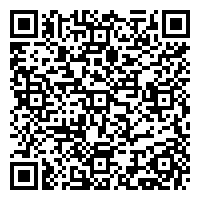