Shortly before the Israeli elections, Prime Minister Benjamin Netanyahu vowed to extend Israeli sovereignty to all Israeli settlements in Judea and Samaria: “I am going to apply Israeli sovereignty, but I don’t distinguish between settlement blocs and isolated settlements. From my perspective, each of those settlement points is Israeli. We have responsibility [for them] as the government of Israel. I don’t uproot any, and I won’t transfer them to the sovereignty of the Palestinians. I take care of them all,” he said.


Netanyahu also told Trump regarding the peace plan that “… there can’t be the removal of even one settlement, and [that Israel insists on] our continued control of all the territory to the west of the Jordan”.

Netanyahu’s pledge caused a meltdown among certain American Jewish groups, nine of whom wrote a letter to Trump, pleading with him to stop Netanyahu from fulfilling his pledge of annexation.

However, US Secretary of State Mike Pompeo was recently asked whether he thought that Netanyahu’s pledge of annexation would hurt Trump’s peace plan and he said that he did not think so.  “I think that the vision that we’ll lay out is going to represent a significant change from the model that’s been used,” said Pompeo. Already in late March, US Ambassador to Israel David Friedman said about the current administration’s concern for Israeli security, “How can we kick the can down the road and leave this to our successors?  … Can we leave this to an administration that may not understand the existential risk to Israel if Judea and Samaria are overcome by terrorism in the manner that befell the Gaza Strip after the IDF withdrew from this territory? Can we leave this to an administration that may not understand the need for Israel to maintain overriding security control of Judea and Samaria and a permanent defense position in the Jordan valley?” Pompeo’s indication that there is no contradiction between a potential Israeli annexation of Jewish communities beyond the green line and Trump’s peace plan represents a groundbreaking paradigm shift in US-Israeli relations. For decades, the international community, including the US, as well as the left in Israel and abroad, insisted that a Jewish presence in Judea and Samaria undermines peace. For the first time ever, a US president appears to think differently. This is a fact that could shift decades of perceptions on the topic.

“Pompeo’s remarks are the latest signal that the Trump peace plan, if it’s ever presented, will bear no resemblance to previous models of a two-state solution. Instead, the plan seems designed to perpetuate isolated areas of limited Palestinian autonomy under overall Israeli control, including annexed settlements,” said Dan Shapiro, former US ambassador to Israel and currently a fellow at Tel Aviv University’s Institute for National Security Studies.

Shapiro makes it sound as if that is a bad thing. It is not:

Most main Israeli settlement blocs are adjacent to the narrow 1949 ceasefire lines and are important components of Israel’s security. A complete Israeli withdrawal to the 1949 ceasefire lines (pre-1967 green line) in the context of a two-state solution would greatly expose Jerusalem, metropolitan Tel Aviv and Ben Gurion airport to terrorists taking advantage of the commanding heights of Judea and Samaria. Critics demand that Israel exposes itself to security threats that no other country in the world would accept.

Unlike its predecessors, the Trump administration appears to recognize that the conflict is not about specific borders, but about the Arabs’ total opposition to Israel’s existence within any boundaries. Unlike the rest of the international community, the Trump administration seems to understand that the two-state solution has failed because the Palestinian Authority (PA) is not prepared to accept Israel’s existence and shoulder the responsibilities of statehood. The two-state mantra itself has become an obstacle to peace and a political weapon to put constant pressure on Israel. A fully independent PA state would become a terrorist state threatening Israel’s security. In 2018, Netanyahu said that the PA Arabs should have all the powers to govern themselves but no power to threaten Israel. Instead of labels, Netanyahu stressed the need for content with solutions that do not undermine Israel’s security.

What many international observers deliberately ignore is that full national independence is not an automatic right for anyone, as evidenced by the experience of stateless peoples such as the Kurds, for example. The same international community that rejects the establishment of the world’s first Kurdish state hypocritically demands the establishment of a 22nd Arab state.

The PA Arabs have rejected statehood more than any other group in the world. By consistently prioritizing Israel’s destruction over its own independence, the PA has effectively disqualified itself as a candidate for full statehood. It can only be hoped that the US is only the first of many to realize this fact. 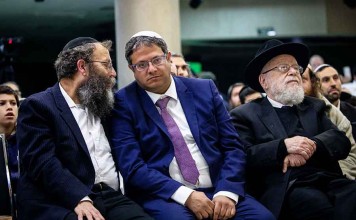 If At First You Don’t Succeed, Try And Try Again: An Interview with Itamar Ben-Gvir 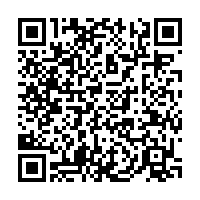