Pope Francis, arguably the world’s most influential religious leader, recently spoke to a convocation of Christian clergy. Because so many calamities are playing out simultaneously, it was not always apparent to which disaster he was referring when he declared: “Let there be an end to using the Middle East for gains that have nothing to do with the Middle East!”

To whom was he referring? The Ayatollah? Putin? Trump? Erdoğan?


“You cannot speak of peace while you are secretly racing to stockpile new arms. This is a most serious responsibility weighing on the conscience of nations, especially the most powerful.”

Secretly stockpiling? The only Middle East country secretly racing to stockpile weapons is Iran. It is unlikely that the pope wished to further inflame a regime that actively persecutes Christians and Baha’i. Could he have been referring to Western powers? Is he suggesting unilateral disarmament of NATO, or perhaps even the United States?

We, too, pray for the fulfillment of Isaiah’s vision of beating swords into plowshares, but until the Messiah shows up, it’s unlikely that the evil-doers will cooperate with implementing it. Does not the Church, to its credit, teach about the diabolical power of evil and that until a time of universal redemption arrives, evil must be resisted and contained?

Concerning one part of the Middle East, the pope left little room for doubt. “No more occupying territories and thus tearing people apart!” He could have meant the Turkish occupation of a good chunk of Cyprus – or even the Chinese occupation of Tibet. From another reference to “walls,” however, it seems that he meant the Jewish State of Israel.

Could he really have said something so simplistic? Has he not noticed that the Palestinians have indeed been torn apart by the deadly power struggle between Hamas terrorists in Gaza and the kleptomaniacs of the Palestinian Authority? Does he need a refresher course in history to remind him that before anyone could spell “occupation,” Arab armies promised to eradicate Israel in a bloodbath of unseen proportions?

The worst line: “Truces maintained by walls and displays of power will not lead to peace, but only the concrete desire to listen and to engage in dialogue.”

If only there were a truce! But since the return of the Jewish people to its homeland, there have been no truces; indeed, Israel has not enjoyed one day of quiet without its neighbors planning her demise.

More importantly, walls may be unsightly and disruptive, but they work. Vatican City is surrounded by walls. Walls keep the crowds away from the pope when he blesses them in St. Peter’s Square. After Mehmet Ali Ağca tried to assassinate Pope John Paul II in 1981, the would-be assassin spent 29 years in a prison cell. It had walls. And a locked door.

In the case of Israel, the wall that Francis detests has kept suicide-bombers out of shopping malls and Christian holy places. In an imperfect world, walls are a necessity. The pope has not yet proposed an alternative.

Pundits think the Church has lost so many adherents in the West because it restricts behavior too much demands too much in the realm of dogma. But many people would stay the course if they received satisfying answers to questions about meaning and purpose and practical advice on how to live a more elevated life.

Religion fails when it gets mired in scandal or offers empty slogans. “Peace in our time!” “Workers of the world, unite!” When religious leaders offer nothing but platitudes instead of practical ideas that can work, many of the faithful tune out or just check out altogether.

What’s a pontiff to do? Stick to basics. Shalom (peace) relates to the word shalem (whole, complete). This connection suggests that peace won’t come to the world until people are truly fulfilled and self-actualized.

And that is where Francis’s own personal example could be so effective. No one will ever feel let down by learning from Francis to live more simply and humbly, and to delight in being able to help those in need. His contribution, alongside other religious leaders, should be instructing more people how to become shalem, one by one, and therefore capable of peace.

With millions of Christian, Jewish, and Muslim lives in the Middle East hanging in the balance, what’s wrong with admitting that bringing peace to that region may be above even the pope’s pay scale? Sometimes, silence is golden. Sometimes, that response will resonate with the faithful.

It is certainly a better strategy than articulating simplistic and inaccurate formulas. 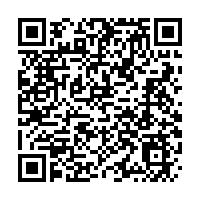