In my former life as a school psychologist, I spent a great deal of time doing intelligence testing. Occasionally, I had the agonizing task of breaking the dreadful news to parents that a child was severely developmentally disabled. Whether or not I packaged the term in soft euphemisms like “cognitively depressed” or “mentally deficient,” most parents eventually caught on that I was just searching for other words to mollify that unbearable label.

The next question would invariably be, “To what degree?” Or, “Is he educable?” I would tend to give the child the benefit of the doubt in making educational placements. Time would prove if he needed a more restrictive educational environment.


It is with this background that I read the news that American and Israeli leaders are about to pour a good deal of national prestige and tax payer treasure into the Fatah-led government of Mahmoud Abbas as a “moderate” alternative to the Hamas-controlled government of Ismael Haniyeh.

In an article in the Israeli newspaper Yediot Aharonot (March 11, 2002), analyst Dan Schuftein wrote that Abbas was among the advisers to Yasir Arafat who encouraged the PLO chief to reject the overwhelmingly generous offer made to him at Camp David in July 2000 by then-Prime Minister Ehud Barak, under the auspices of then-President Bill Clinton.

This offer included sharing sovereignty over Jerusalem, relinquishing at least 95% of the West Bank, dismantling all Jordan Valley settlements (which had always been Israel’s eyes and ears to the east), granting a right of return to thousands of refugees, and providing a compensatory package for those families that couldn’t be relocated.

When Abbas was asked why he encouraged Arafat to reject the offer, he responded: “I do not feel any regret. What we did was the right thing to do…. They say ‘we offered 95%,’ and I ask why not 100%?”

Meeting in Cairo in 1974, the Palestine National Council adopted a program for the “gradual liberation” of Palestine that remains to this day the modus operandi of Fatah. It declared that the total annihilation of Israel would come in phases, specifying that “any step towards liberation is a step towards realization of the Liberation Organization’s strategy of establishing the democratic Palestinian state, specified in the resolutions of the previous Palestinian National Councils.”

Article Two of the amended Palestinian National Charter of 1968 states that “Palestine, with the boundaries it had during the British Mandate, is an indivisible territorial unit.”

If one takes a look at a map of Palestine under the British Mandate, one immediately sees that its boundaries extend from the Jordan River to the Mediterranean Sea.

The 1974 Phased Plan elaborates that “Once it is established, the Palestinian National Authority will strive to achieve a union of the confrontation countries, with the aim of completing the liberation of all Palestinian territory.”

Prime Minister Ehud Olmert recently announced that, as a “confidence building measure” designed to bolster Fatah, he would no longer seek the capture of 178 Fatah terrorists who have the blood of innocents on their hands.

Lucky break for those cold-blooded murderers. Because Fatah is now viewed as the more “politically correct” terrorist gang, they get off scott free.

Over the past fourteen years, since the beginning of the Oslo process, Fatah – the original, prototypical terrorist organization – has played those of us in the West for fools. And while they’ve done so, we’ve given its former leader a Nobel Prize and bestowed on it international recognition and billions of dollars.

It’s no wonder the Western world is now engaged in a War on Terrorism. In elevating Fatah and whitewashing first Arafat and now Abbas, we have in effect validated terrorism as a legitimate means for solving disputes. 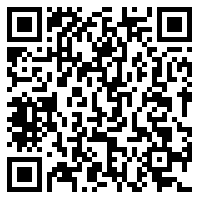