I appreciate the fact that this Jewish publication was willing to publish my article. I’m not sure how easy it would be for a Jewish pundit to get his or her work published in a Turkish, Egyptian or Iranian magazine. I believe it’s high time someone gave it a try.

History buffs among us know all too well that the best time for Jews over the past two millennia—ever since they were overcome by the force of the Roman empire following two bloody rebellions—was under the rule of the Arab caliphates, both in Spain and in North Africa. So much so, that Jewish sources refer to that time as “The golden age.”

The various Muslim caliphates, which began ruling a very large chunk of the known world in the 7th and 8th centuries, were driven by a single, fundamental, religious mission: to spread Islam. But their agenda for the pagans populating Asia, Africa and Europe was different from their agenda for the “peoples of the book,” followers of Christianity and Judaism. While, most often, the heathens were given no choice about conversion: you became Muslim or you died – Christians and Jews who refused to convert to Islam only had to endure a kind of second class citizenship, with different features in different locales.


It would be helpful to recall that while Jews in Muslim territories at the time were forced to wear articles of clothing that set them apart, and were forbidden to ride horses or use the main public sidewalks—a few miles up north, in Christian Europe, they were being raped, pillaged and burned alive on a steady basis. And while in Christian Europe Jews were blocked from most of the professions, under the caliphates their economic options were much more exciting, hence the term “golden age.”

While Jewish culture in Christian Europe centered almost strictly around the houses of study, with little evidence of a robust culture, in Spain and North Africa the Jews wrote songs and books of philosophy, and excelled as military generals and court politicians—in addition to their flourishing business as traders and bankers.

It is true that Islam had its low point even during that golden age, and every once in a while the mainstream in various provinces—for a variety of geopolitical and social reasons—would take on an ominous spirit of fanaticism and start harassing the “peoples of the books” with fanatical impatience and zeal, threatening their lives unless they converted. But even those waves of fanaticism are dwarfed by the pogroms and expulsions that marked the lives of Jews under Christian rule.

Indeed, the demise of the thriving Jewish culture in Spain came not under Muslim rule, but only after the Christian invasion of the late 1300s, which ended with the expelling of all the Jews of Spain and Portugal in 1492.

What followed was particularly grim for Islam. Just as the original Muslim invasion of the Middle East, North Africa and Southern Europe was enabled by the decline of the Roman Empire, so did was decline of the Caliphate an invitation to a new force, the great Ottoman Empire, to quickly overtake those same areas, and to push far north into Central Europe, only to be blocked, finally, at the gates of Vienna.

But something went wrong in Muslim history at that point. Historians will continue to argue over the precise reasons – the reality is that sometime around the Renaissance period, while Christian Europe began to emerge from its barbarism, to usher in an age of discoveries, inventions and the rise of the human spirit—at a high cost to many indigenous peoples on several continents—Islam began its sad and disheartening decline that set aside Muslims in general and Arabs in particular as the second class citizens of a developing world. Instead of setting the tone in science and scholarship, as it used to do in the middle ages, Islam was relegated to the position of a spectator in a game it could not hope to win.

We have a big problem with cognitive dissonance in most Arab countries, which are trying to be simultaneously Muslim and modern. By “modern” I mean doing all the things a normal Western society takes for granted: publishing books, making movies, starting businesses, dining in restaurants, driving cars, writing laws to serve the community, delivering state services. Every single one of these aspects of your life which you take for granted represent a potential clash with Islam. 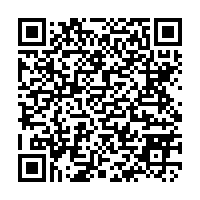