Home InDepth Op-Eds Prisoner Abuse Scandal Shouldn’t Obscure Larger Issues
Share on Facebook
Tweet on Twitter
Let’s get something straight. We hate anyone who would torture a prisoner of war. But we also hate getting old, paying taxes and square dancing. The point is, some things just go with the territory.

Soldiers who go off to fight in a war are not going to a bar mitzvah. They are ordinary people who are subjected to extraordinary pressures while separated from family, friends, and the structured life a civilized society provides. Without any life experience to prepare them for what they will encounter, they live under constant or near constant threat of attack and the daily deaths or mutilations of friends and colleagues. Worse yet, they risk their lives to free people who are more than just ungrateful – people who have turned on them, and now often seek to destroy them.

There never was a war in which the participants, who are usually barely old enough to shave, did not commit atrocities. There were incidents during World War II on both the German and the Americans sides, and for the Japanese it was business as usual. (The difference between us and them is that we do not treat this as acceptable behavior, nor do we condone it; we investigate, we make it public and we punish. They celebrate it.)


It is of singular importance to remember that under Saddam Hussein – in the very same prison now being scrutinized by the American authorities – rape, murder, cutting off of limbs, and whatever tortures the ingenuity of a technologically advanced society could devise, was a daily occurrence. The whole world knew of this Arab-on-Arab torture. Yet not a peep.

But now, when a few individuals out of hundreds of thousands of American soldiers have acted inappropriately, the Arab world is outraged. Ironically, in the Arab world torture is still practiced and enjoys a historical precedent dating back to the earliest days of Islam. Today, a thief in Arab countries worries about forfeiting his hand as well as his freedom, and a wife who is romantic with the wrong man has more to worry about than being sued in a divorce case. The message is clear: one standard of conduct for Arabs, another for Americans.

If Arabs enjoy the pleasure of a double standard, we claim no less a right. To be very clear (readers of The New York Times, avert your gaze), if the choice is Arab discomfort as opposed to American young men and women being turned into chopped meat, in our eyes it is no contest.

It must be kept in mind that the Iraqi abuse victims were all in cell block 1-A or 1-B, which basically means there was reason to believe they were murderers, terrorists or insurgents. If the new standards for their treatment now being put in place will prevent the obtaining of information that could save American lives, our politicians and military brass will have a lot more to answer for than the mistreatment of a few thugs.

If anyone still questioned the necessity of our attacking Iraq, the videotaped beheading of the 26-year-old businessman Nick Berg should have been an eye-opening experience. It should be clear to the world that what we are faced with is a clash of cultures – a clash we did not seek, but one that was thrust upon us on 9/11.

Can any American in the modern world – where the farthest is but hours away from the nearest – feel safe when there is loosed upon the world an aggressive religious culture whose norm for a showing of dissatisfaction is the televised beheading of an innocent person? 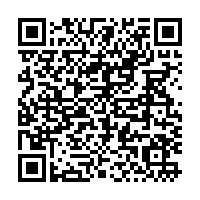