On January 20, President Obama’s longtime friend and adviser David Axelrod appeared at the Jewish Community Inaugural Reception and told the crowd he was there to do “a little kvelling.”

How many Jewish Obama supporters are still kvelling?


At the National Inaugural Jewish Ball at congregation Ohev Shalom in Washington, Obama staffer Dan Shapiro offered a toast declaring this a time “full of possibility for a safe Israel.”

Is Israel “safer” as a result of the election?

The administration is pressuring Israel to make dangerous concessions that would drastically affect its size and ability to maintain its security. Presently Israel is under the gun of tens of thousands of missiles from Hizbullah and Hamas that have been supplied largely by Iran, a rogue nation that may soon become a nuclear power.

In his September 24 speech at the UN, Obama spoke of ending the “occupation that began in 1967.” In his first meeting with PA leader Mahmoud Abbas, Obma reportedly said Israel would be crazy not to accept the Saudi plan that calls for a complete withdrawal to the pre-1967 borders of Israel.

Seventy-eight percent of American Jewish voters helped elect a president who would address the Arab world in Cairo on June 4 and give impetus to many outrageous claims leveled against the Jewish state.

Obama also hoped for the day Jerusalem would be secure for Jews, Muslims and Christians. That actually has been the case since in 1967 when Jerusalem was unified following the Six-Day War.

The president even implied the suffering of the Palestinians was similar to that of the victims of the Nazis by offering some comments on the Holocaust and then immediately referencing the Palestinians.

During the presidential campaign, at a Boca Raton synagogue, candidate Obama was asked about his association with Palestinian activist Rashid Khalidi.

Obama responded, “To pluck one person who I know … and then suggest that somehow shows that I am not sufficiently pro-Israel, I think that is a very problematic stance to take.”

Seventy-eight percent of American Jews who went to the polls last year voted for an administration whose positions on Israel represent a radical shift in policy. In that election, 80 percent of Israelis with American citizenship voted for the Republican candidate, Sen. Jon McCain, via overseas ballots.

And then earlier this year Israelis overwhelmingly voted in their elections for parties whose views on national security differ drastically from those of Obama and his advisers.

It’s time for U.S. Jews to bridge, rather than widen, the gap between the American Jewish community and Israel; to stand up and declare their support of the right of Israelis to decide their own future; and to tell Obama that while many of them voted for him, they oppose his one-sided approach to the Middle East. 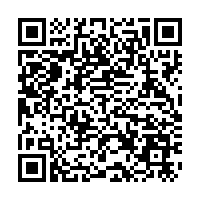