The acknowledgment of the fact that abuse takes place within the Orthodox Jewish community, and that some of the abusers are rabbis or educators, has been slow.

The community believes that a life of religious observance guarantees that adherents are incapable of behaving so badly. Even when the scandal in the Catholic Church unfolded, the Orthodox Jewish community was among the first to point out differences and explain why the rabbinate is not comparable to the priesthood.


Rabbinic authority is a fundamental component of Orthodoxy, which leads to an idealized image of rabbis. In instances when we cannot deny that a rabbi has abused, we say it is a case of a single “rotten apple.” We do this because to respond in any other way diminishes respect for rabbis.

Unfortunately, at present, the rabbinate does not play a positive role in preventing abuse. The requirement to gain approval from a rabbi before going to the authorities to report an incident has stymied the police in prosecuting abusers. Religious arguments (which are not conclusive) are used in some communities to discourage reporting incidents of abuse, allowing perpetrators to continue to abuse others.

A Talmudic source clarifies a limitation to applying rabbinic authority. The fast of Yom Kippur is suspended when fasting creates a serious health risk. The Mishnah in Yoma says that experts determine the level of health hazard. Appropriately, the Talmud assumes that the experts are doctors. In fact, there is no opinion that a rabbi should be consulted. Translating this to the determination of whether an accusation of abuse is credible would mean that therapists and trained police officers are the relevant experts, not rabbis.

Yet the norm for some Orthodox Jews is to ask a rabbi whether to report abuse. In many cases, the answer is no. While this is couched in halachic terms, often it is concern for the stigma that will affect the abuser, the victim and their respective families that elicits the negative response. But the real issue is that rabbis don’t understand trauma and the very real danger of allowing abusers to roam free.

Another issue is that while abuse is a heinous crime, in technical halachic categories, depending on specific details, it may not fall under a serious prohibition. That’s not to say the act is seen as acceptable by any authorities, but diminishing its significance by not responding properly becomes a justification of sorts. The religious concept of teshuvah (repentance) gets misused to claim that the abuser has changed. What’s more, when the abuser is a rabbi or another clearly religious figure, then his having done teshuvah is assumed.

That’s not to say there is no role for the rabbinate in confronting abuse. In fact, the opposite is true. Rabbis are not only legal scholars, they are also leaders of the community.

When fulfilling their role properly, they serve as the community’s moral compass as well.

Communal attitudes are critical for determining whether the victims and their families will be supported.

In some communities, the survivors of abuse are seen as damaged goods, and those who advocate for them as troublemakers.

As such, it cannot be assumed that cases of abuse will be reported properly. Traumatized youngsters need therapy and validation.

When they see the abuser gaining honors, and feel they are expected to acquiesce quietly, they are re-traumatized.

As such, the congregational rabbi and the head of the yeshiva should be setting the tone for the community. They should be establishing policies that decrease the opportunities for abuse and make it clear that the safety of children is a priority.

Above all, it is the rabbi who must send the message that covering up an incident of abuse is not protecting the community. Judaism, when understood properly, is about imitating God’s mercy on all and His concern for the weak and vulnerable. A major step is pursuing justice, and we will only bring ourselves to prevent further suffering when we see those victims brave enough to confront their abusers as heroes rather than traitors. 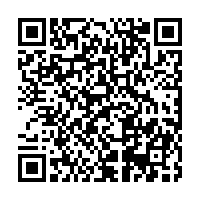