In 1981, when Israel bombed the Iraqi nuclear reactor and was condemned for it by nearly the entire world, Pastor John Hagee decided he had to stand up for Israel. And he did. “A Night to Honor Israel” was born with the purpose of giving the Christian community an opportunity to demonstrate its love and support of Israel and the Jewish people.

“A Night to Honor Israel” became an annual event in San Antonio, Texas, where Pastor Hagee heads his church and ministry. In February 2006, Rev. Hagee, feeling the time had come to do more, called on Christian leaders across the county. More than 400, representing millions of Christians, responded and joined him in launching Christians United for Israel (CUFI), a national grassroots movement in support of Israel.


Since then, numerous “A Night to Honor Israel” events have been held in cities across the country, attracting large and enthusiastic crowds. The events have raised a substantial amount of money for Israel and Jewish causes – the Israel Emergency Relief Fund, Migdal Ohr, and Nefesh B’Nefesh, to name a few.

Recently, “A Night to Honor Israel” came here to Madison, Wisconsin. The program gripped the audience with speeches by pastors embracing Israel and the Jewish people and expressing the need for Christians to stand by them. In the words of Rev. Joel Kitsemble, Wisconsin director of Christians United for Israel, “We must let the world know that the Jews have a right to exist and that we stand with them. There are millions of Christians who support and stand with them. We want them to know that they are not alone.”

I asked Pastor Kitsemble to elaborate on why he and his colleagues feel the need to be so outspoken about their commitment to Israel.

“God,” he said, “has a love for the Jewish people and a plan for the Jewish people – they were to be a people who eat differently, speak differently, and do things differently that would show the world the one true God. And it is through their faith and the way they conduct themselves that they are to be a shining light unto the nations. History itself is testament. If any other nation had gone through what the Jewish people went through, they would not be in existence today. It shows the hand of God upon a people. As it says in Genesis 12:3: ‘I will bless those who bless you, and curse those who curse you.’”

He also emphasized that CUFI has no conversionary objectives. “Our motive is a pure and a righteous one. Over time the Jewish people will see our true heart is behind it.”

David Brog, CUFI’s Jewish executive director, stressed that the group is not out to proselytize Jews. “These Christians work with us in supporting Israel and combating anti-Semitism,” he told me.

“You know who has the quid pro quo? The Jews. Being that the majority of Jews in this country are liberal, they say ‘unless they (CUFI) agree with our liberal social agenda, we’re not going to let them support Israel,’ and that is the wrong approach. What characterizes a coalition is not that the members agree on every issue, but that they agree on one issue  – the issue on which they have come together in coalition. As Jews, we need to be a little more fair and a little more pragmatic in joining coalitions on the issue on which we agree.”

Rabbi Daniel Lapin, president of Toward Tradition, an organization that works with Bible-believing Christians on social and cultural issues, concurred with Brog. “I’m a big believer in the free market of ideas and I can only tell you what the late Pastor Jerry Falwell once told me, which is that he was not aware of any Torah-learned and observant Jew converting to Christianity. And, I agree with him. I have not either.

“So, frankly, speaking as a Jewish leader myself, I think it behooves us to be honest – intellectually honest – and step outside of denial and face the truth: If Jews abandon Judaism, it is not because of Christian energies, it is due to a failure on the part of the Jewish community in terms of Jewish education.” 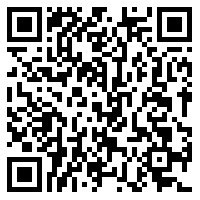