There is a famous story in the Talmud about the great rabbis of the era of the destruction of the Second Temple in Jerusalem. Here is the story, in full:

Again it happened that Rabban Gamliel, Rabbi Elazar ben Azaria, Rabbi Joshua and Rabbi Akiva went up to Jerusalem. When they reached Mt. Scopus, they tore their garments. When they reached the Temple Mount, they saw a fox emerging from the place of the Holy of Holies. The others started weeping; Rabbi Akiva laughed.

Said they to him: “Why are you laughing?”

Said he to them: “Why are you weeping?”

Said they to him: “A place [so holy] that it is said of it, ‘the stranger that approaches it shall die,’ and now foxes traverse it, and we shouldn’t weep?”

Said he to them: “That is why I laugh. For it is written, ‘I shall have bear witness for Me faithful witnesses—Uriah the Priest and Zechariah the son of Jeberechiah.’ Now what is the connection between Uriah and Zechariah? Uriah was [in the time of] the First Temple, and Zechariah was [in the time of] the Second Temple! But the Torah makes Zachariah’s prophecy dependent upon Uriah’s prophecy. With Uriah, it is written: ‘Therefore, because of you, Zion shall be plowed as a field; [Jerusalem shall become heaps, and the Temple Mount like the high places of a forest.]’ With Zachariah it is written, ‘Old men and women shall yet sit in the streets of Jerusalem.’


Akiva’s consolation is now a reality.

According to Jewish tradition, the first mention of Jerusalem in the Bible comes in Genesis 14:18, when Abraham meets the King of Shalem; in Genesis 21:14, Abraham names the site of his near-sacrifice of Isaac “Yare,” meaning “the Lord will provide.” Yare-Shalem — Jerusalem. Jerusalem is the city of David’s tower and Solomon’s Temple; it is the city of Hezekiah’s water tunnels; it is the city of which the psalmist wrote after the destruction of the First Temple (587 BCE), “If I forget thee, O Jerusalem, let my right hand forget her cunning. If I do not remember thee, let my tongue leave to the roof of my mouth; if I prefer not Jerusalem above my chief joy.”

Jerusalem is the eternal Jewish dream: the dream of a free nation living in a land promised by God.

It was the dream of Bar Kochba, who revolted against the Romans in 132 CE, sixty years after the destruction of the Second Temple, and used Roman coinage to mint his own — an engraving of the temple, with the words, “For the freedom of Jerusalem.” It was the dream of millions of Jews over hundreds of years, who prayed thrice daily for its restoration. It was the dream of Mordechai Anielewicz, the secular leader of the Jewish resistance in the Warsaw Ghetto: “The dream of my life has risen to become fact. … Jewish armed resistance and revenge are facts. I have been a witness to the magnificent, heroic fighting of Jewish men in battle.”

Jerusalem was never abandoned by the Jews; God did not abandon the Jews. Despite forcible expulsion, despite genocidal mania, despite terrorism and brutality, Jerusalem remained Jewish. And when, in 1967, the Israeli Defense Force announced “Har HaBayit beyadeinu” — the Temple Mount is in our hands — the footsteps of the living God could be heard across the planet, resonating from the top of the hills of Jerusalem.

That dream is real.

President Trump’s decision to move the U.S. embassy to Jerusalem is not merely a wise one politically (it has been Congressional law since 1995), it is a resonant one spiritually. Jerusalem is the center of the Jewish heart; it always was, and it always will be. Recognizing that fact is key to recognizing the legitimacy of the entire Judeo-Christian tradition upon which the West relies. There is a reason that a Jewish Jerusalem is an open Jerusalem, where all can worship as they see fit — a place from which “the word of the Lord” goes out (Isaiah 2:3). History exists; truth exists. Jerusalem has not been forgotten and will not be forgotten — its streets sing with throngs of Jews, nearly wiped off the planet within living memory, and its temples are filled with the psalms of David. The tears have turned to laughter.

“Eternity,” the Talmud says in Tractate Berachot. “This refers to Jerusalem.”

Jerusalem is eternal, as is the God who made it. 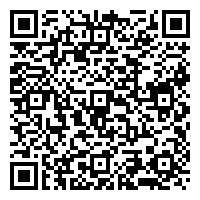