This simple truth enables us to understand why Ilhan Omar and David Duke are now on exactly the same page, so much so that Duke has tweeted his applause for Omar, and Omar has not declined the compliment.

Does Israel ban or punish religions other than Judaism? Muslims control the mosques on the Temple Mount; the muezzin’s call is broadcast freely on loudspeakers all over Israel five times a day, starting at 5 a.m. Christians go safely to church in Israel as they cannot do anywhere else in the Middle East. Omar’s claim that the Jewish state discriminates against religions other Judaism is a lie, and it’s anti-Semitic because it’s a lie about the Jewish people and their state.

Is Israel—the nation-state of the Jewish people—an apartheid state? Nobody who’s ever gone to the grocery store in Israel could ever truthfully say such a thing because they would have seen Jews and Arabs shopping together and working together. Nobody who’s ever looked at the government of Israel could ever say such a thing because the government is populated by Jews, Druze, Arabs (Christian and Muslim), Baha’i and every other religious group you can think of. Claiming that the Jewish state puts Arabs in Bantustans is a lie: Some 44 percent of the population of Haifa is Arab. Equating Israel with South Africa before Mandela is an anti-Semitic lie because it’s an ugly untruth about the Jewish people and about the Jewish state.

Zionism is the national liberation movement of the Jewish people. Lying about the actions of the Jewish state to delegitimize the Zionist enterprise, while affirming the right of every other people in the world to a place of their own (and not caring all that much how those other places treat their minorities), is anti-Semitic because it’s a lie.

The overwhelming majority of U.S. senators and representatives support a close relationship with Israel because they believe that such a relationship is in America’s interest. Lying about the Jews spreading money around to buy this support is anti-Semitic, and it’s anti-Semitic because it’s a lie. (It’s a lie, in part, because the overwhelming majority of support for America’s pro-Zionist position comes not from Jews but from Christians.)

Omar has claimed that she is merely “questioning” America’s relationship with Israel. But she’s lying because she’s done no such thing. She’s advanced no argument about why it isn’t in America’s strategic interest to maintain its current relationship with Israel. She’s adduced no reasons why the United States would be better off supporting the terror-exporting, America-hating government of Iran.

What she has done (and all she has done) is lie about Israel and the Jews. Telling such lies is no less anti-Semitic than “explaining” hostility towards the Jewish state by claiming that on April 19, the Jews who live there, like the ones who live here, will be eating blood-drenched matzah.

Omar’s actions, though, have afforded the world some badly needed clarity because they enable us to see who’s lined up with whom. David Duke’s website trumpets his agreement with Omar, and Omar hasn’t rejected his support.

This unity of purpose among Jew-haters shows clearly why it’s delusional to claim, as Paul Krugman recently did, that only the haters on the right are dangerous. There is no left or right on Jew-hatred; whether it comes from a Somali woman in a headscarf or a white man wearing a pointed hat, it’s all the same. If you’re lying about Israel, the Jewish state, or you’re lying about the Jews, as a people, then you’re an anti-Semite.

Does a congressional resolution condemning “hate” make all of this go away? Of course not, because the only “hate” that’s been on display is Jew-hatred. Therefore, it was Jew-hatred that needed to be condemned. The Democrats’ inability to do this speaks volumes about them, about their party’s allegiances and about their capacity (or willingness) to understand the world. And themselves. 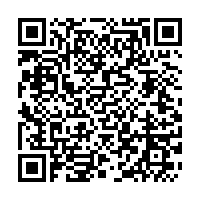