Home InDepth Op-Eds Response To An Angry Bush-Basher
Share on Facebook
Tweet on Twitter
Recently someone sent me an e-mail containing the usual diatribes against the Bush administration. And, as usual, I couldn’t help myself; I had to offer a response. The individual who wrote the anti-Bush diatribe offered a few choice remarks as follows (name excluded to protect the guilty):

“Don’t you know,” said the lady, “that George Liar Bush and almost all his cabinet members are egotistic, selfish, liars, and disinterested in peace and justice? Additionally that they don’t care about human rights and our planet! The truth about all the lies will hopefully be coming out gradually as we approach November. We have already seen one liar resign, George Tenet, CIA Director. Dummy Rums will most likely be next. Then Powell and Con-artist

Rice. Afterwards, Ashie. They will be followed by Dick “Holliburton” Channey [sic] and finally George King Liar Bush … Who was the CEO of Holliburton [sic] from 1995 to 2000? . . . make the connection of Bush’s order to invade and destroy Iraq so that Holliburton [sic] could be given the right to RECONSTRUCT/REBUILD it without following the legal bidding procedure. Then look into the relationship of Conartist Rice to CITGO. Finally, find out what relationship exists between the rulers of Saudi-Arabia (The Binladen Dynasty) and the Bushes. You’ll freak out and reconsider voting for George LIAR Bush . . . vote for Kerry.”


Appalled at this kind of thinking, though no longer surprised to find it in my in-box, I tried to offer a measured albeit somewhat educational response:

Apparently the plethora of anti-Bush books spawned in recent months (testimony to the power of capitalism!) has convinced you that this is all about lies, conspiracies, etc. Of course, the fact that Vice President Cheney was CEO of Halliburton, before signing on to run for the nation’s second top job, is no big secret; nor is it any reason to imagine a conspiracy.

Halliburton had what is sometimes called a requirements contract with the U.S. government before the Iraq action. This kind of contract (which is won by open bid, by the way, in advance of actual need) allows the government to call on a company to perform services, based on previously agreed upon costs, during those times when going through the usual 4-6 months’ bidding process would be too cumbersome and time-consuming to meet a critical need.

Of course, it stood to reason that we needed to begin addressing Iraqi infrastructure issues pronto after the quick war, rather than delay for lengthy bidding and re-bidding (since initial bid processes often collapse over technicalities). Imagine how angry you’d be today if the Bush administration had delayed addressing critical Iraqi infrastructure needs in order to go through such a lengthy, attenuated process. I’ll bet you’d have been the first to accuse the White House of incompetence because of unseemly bureaucratic delays!

Like many who are desperate to restore Democratic control in Washington, you will latch onto anything and everything to buttress your case. Needless to say, the fact that Cheney once ran Halliburton is no reason to claim that the Iraqi action was undertaken to serve Halliburton. But you imagine that such a link exists merely because of the man’s resume. 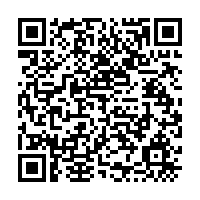