He even said that “GUPS is the very purpose of this great university.”

The problem that president Wong has is that GUPS, while according to him representing the very purpose of SFSU, also incites violence against Jewish supporters of Israel, which is the great majority of the Jewish people.

Why would the president of a significant American university support a student organization that quite literally calls for the murder of Jews?

Let that question sink in for a second.

By going out of his way to compliment GUPS – an organization friendly with terrorists like plane-hijacker, Leila Khaled – Wong signals to Jewish people that inciting violent hatred toward us is acceptable to himself, and to SFSU, as a matter of “social justice.”

Rates of violent anti-Semitism are dramatically rising around the United States and throughout Europe.

Jews are killed by jihadis in places like Paris or Marseilles or Malmo, while within Israel Junior-Jihadis are chasing after old ladies with knives and hand-axes.

Meanwhile, throughout the Muslim Middle East, imams and ayatollahs regularly teach their congregants that Jews are the children of orangutans and swine and screech to the heavens for our genocide.

They love to tell one another that butchering Jews is beautious within the heart of Allah.

Iran inches closer to an operable nuclear weapon that it has promised to use against Israel in order to bring about genocide and the progressive-left could hardly care less. In fact, the western-left generally blames anti-Semitic violence on the victims of that violence. Of course, such a scenario would also result in the deaths of hundreds of thousands, if not millions, of Arabs, but Tehran does not seem to particularly care and neither does its western supporters.

In Europe and the United States, the Red-Green Alliance between progressives and advocates for political Islam is flourishing. And the movement to Boycott, Divest from, and Sanction Israel (BDS) – supported by Wong if he supports GUPS – is seeking to undermine the viability of the tiny Jewish state by seeking to turn universities, corporations, governments, and NGOs against it and, therefore, against the Jewish people, more generally, in an effort to eventually bring down both the country and the well-being of the Jewish people.

Israel and the Rise of the ‘Crybullies’

Of course, it is in the universities that the crybullies (snowflakes) demand their “safe spaces” while refusing to allow Jewish students any such courtesy. They complain about “microaggressions” and “micro-rapes” – like commenting on a cute sweater – even while inciting deep hatred toward Jews in the most raw terms possible.

Anti-Semitic anti-Zionists incite hatred toward Jewish supporters of Israel, and Israeli Jews, via “the Palestinian narrative.” The narrative depends upon defamation, unjust insinuations, and highly biased historical conclusions that leave the great Muslim majority in the Middle East, which represents perhaps the most successful and vicious political project in human history, as innocent victims among among the minority population that they have victimized.

This results in violence against Jews supported by western academic institutions as driven by their most hateful and racist students.

As Dusty over at Pro-Israel Bay Bloggers reminds us:

The president of the organization, Mohammad Hammad posted a photo on his tumblr account, declaring “I seriously can not get over how much I love this blade. It is the sharpest thing I own and cuts through everything like butter and just holding it makes me want to stab an Israeli soldier.

San Francisco State University General Union of Palestinian students neither condemned Hammad’s words, nor distanced themselves from them.

Why does SFSU continue to tolerate the intolerable?

Indeed. That is an exceedingly good question, although, as we have just learned via the video above, it is not that the SFSU tolerates the intolerable so much as it positively encourages the intolerable.

GUPS is a student organization that is calling directly for the murder of Jews and it is supported by the president of the university. 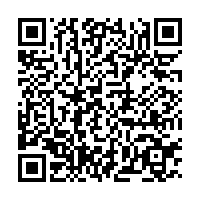