On the Friday evening of Shabbat Hagadol before Passover in March 2010, I walked with my father to the Old City of Jerusalem.

I had come to Israel with my family to celebrate my daughter’s bat mitzvah. Several members of the family walked the 1.5 miles in the light rain from our hotel towards the Kotel.  As we passed the newly opened Hurva Synagogue in the Jewish Quarter, my father and I opted to pray there, while most of the others continued to the Kotel.

The very first Hurva Synagogue was built in 1694 but was destroyed a few years later in 1721 due to financial problems. The second Hurva synagogue on that location opened in 1856, as the Ottomans began to ease restrictions on Jewish development in the holy land. However, the Jordanian Arabs blew up the synagogue during their 1948 attack on Israel.

In 1967, in response to the Jordanian and Palestinian attack on Israel, Israel counter-attacked and took control of the eastern half of Jerusalem. The Israelis opted to not rebuild the Hurva Synagogue for decades, and instead built a ceremonial arch, similar to the arch that existed in the original shul. However, in 2002, the government began a process of looking at rebuilding the synagogue, which it finally opened in March 2010.

The rededication of the Jewish synagogue caused international hysteria. Palestinians and Jordanians called the action a “provocation” that was meant to begin an attack on the Al Aqsa Mosque on the Temple Mount. The main Palestinian political party, the Jihadist group Hamas, declared a “Day of Rage” against Israel.

The Palestinian Center for Human Rights said it “strongly condemns recent measures taken by Israel in East Jerusalem, the latest of which has been the inauguration of a synagogue in the old city. PCHR holds Israel responsible for the escalation of the situation in the occupied Palestinian territory.”

The United States was upset with the reopening of the synagogue in the contested part of the city and the Palestinians’ reaction. As such, Israeli Prime Minister Benjamin Netanyahu skipped the rededication ceremony to avoid harming relations with US President Barack Obama.

I was very happy to go into the new-historic shul. It is not often that one gets to visit a brand new building with so much history.

There was security to enter the building, but nothing extreme or time intensive. The entry area had many siddurim, prayer books, and my father and I each took one and grabbed seats inside. We observed the large inside of the domed building and could see a woman’s section behind us overhead.  The tall wooden aron that held the torah scrolls sat against a wall that tried to convey the levels of history in the building – a mix of raw stone, stone with plaster applied and painted finished walls towards the ceiling. The four corners of the synagogue included painted frescos of holy places: the Cave of the Jewish Patriarchs in Hebron; and the Tomb of Rachel in Bethlehem were in the front of the building, and Migdal David; and Tiberias were portrayed towards the back.

Inside front wall of the Hurva Synagogue

After Kabbalat Shabbat, the newly appointed Chief Rabbi of Israel, Yona Metzger, delivered a speech.  He spoke clearly and strongly in Hebrew for a while about the story of the Jews leaving Egypt, and the important role that women and all of the Jews played in their own redemption. I was happy both with the content of the speech and my ability to understand it. 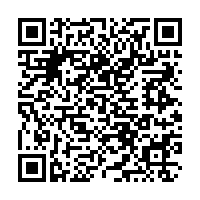