Last week, an elderly Jewish woman from London’s Stamford Hill neighborhood, which has a large Orthodox Jewish population, had her head smashed into a brick wall by a Polish man yelling “Zyd” (Polish for Jew) at her. It must have slipped the attacker’s mind that the time for smashing Jewish skulls with impunity belongs to the not so distant past, when Europeans hunted Jews as a recreational pastime.

On the other hand, the Polish assailant may have simply thought that it is open season on Jews in Europe once again. After all, all he has to do is look around him to see that Jews are once more hunted in the streets of Europe and that very little happens to their tormentors as a consequence.

To begin with, the only non-Jewish media outlet that even bothered to report the attack was Breitbart news. Ironically, the same Breitbart that is vilified as being ‘anti-Semitic’, despite its consistently pro-Israel stance.

The general lack of interest in hate crimes against Jews, even the most violent ones, is symptomatic of the way antisemitism is treated in Europe. Statistics published in the UK from 2016, showed that there was, on average, at least one anti-Semitic attack a day on identifiable Jewish people in London. Incidents recorded in one 28-day period included three assaults, two threats to kill, eight threats of violence, 18 cases of verbal abuse, and one incident of criminal damage. Victims ranged from young children to mothers with their babies.

If an elderly Muslim woman had had her head smashed into a wall by a white person screaming ‘Muslim’ at her in broad daylight in London, there would have been no end to the headlines. However, a Jew? Who cares?

Certainly not the British authorities. In 2016-17, the Crown Prosecution Service prosecuted 14,480 hate crimes. According to the Campaign Against Antisemitism, however, there has yet to be a single year in which more than a couple of dozen anti-Semitic hate crimes were prosecuted. Last year only 1.9% of hate crimes against Jews was prosecuted.

This sends a strong message to anti-Semites that they need not fear the law. It also signals to British police forces that their efforts in investigating hate crimes against Jews is likely to be wasted. Anti-Semitic crime surged by 45% between 2014 and 2016.

Instead, this month is ‘Islamophobia Awareness Month’ in the UK. The leaders of the two British opposition parties, Labour’s Jeremy Corbyn and Liberal Democrats leader Vince Cable, are the poster boys of the campaign. “We have to drive out racism in any form in our society,” said Corbyn — who considers Hamas and Hezbollah his friends and whose Labour party has never been more anti-Semitic — in a propaganda video for the campaign, which is led by MEND, a radical British Islamic group.  “Islamophobia,” Corbyn continued, “is a terrible thing, causes terrible hurt and terrible pain”. The Jewish woman who had her head smashed into a wall just for being Jewish could not be reached for comment.

The UK, obviously, is not unique in this respect. Most of the European continent has once more enveloped itself in a toxic cloud of antisemitism. One of the reasons for that, as German fashion designer Karl Lagerfeld said this week, is that you ‘cannot – even if there are decades between them – kill millions of Jews so you can bring millions of their worst enemies in their place’.

His statement caused tremendous controversy, but he was only stating the truth. Europe killed six million Jews. It has brought millions of Muslims into the continent instead, and most of those Muslims have been raised on a strict diet of Jew hatred. This should hardly be surprising, let alone ‘controversial’ to anyone the least bit familiar with the Middle East.

European Jews today find themselves cornered from all sides. Muslim anti-Semitism has become a huge problem in Europe. It literally threatens Jewish lives in the form of violent assaults and terrorist attacks from Muslim terrorists. Sometimes in their own homes, as in France, where a Jewish woman was thrown out of her window by her Muslim neighbor, while he yelled ‘Allahu Akhbar’. It is though, by no means, the only threatening factor to Jews.

There is also plain, indigenous European anti-Semitism. The old-fashioned kind, of which the assault on the Jewish woman in Stamford Hill is an example. There are still Nazi-like groupings in Europe too, albeit very much on the fringes. They blame Jews for all of the continent’s problems and peddle in ancient anti-Semitic tropes.

Finally, there is what has been termed the ‘New Antisemitism’, because its purported object is not Jews as such, but Israel. People who would once have identified as simple Jew haters, now call themselves ‘anti-Zionists’. Anti-Zionists are overwhelmingly found on the Left, but not exclusively. They claim to have nothing against Jews. They are just opposed to the Jews having their own state like everybody else — instead of existing at the mercy of non-Jews — and deeply provoked by the fact that Israel has the nerve to defend itself from the ongoing jihad waged against it by the Arabs of the region.

The current surge in Jew hatred in Europe is unlikely to cease. Rather, it is likely to increase, especially on a continent where one can now be punished for simply stating that Muslim antisemitism is widespread. The French scholar Georges Bensoussan learned this lesson, when he was sued for “incitement to racial hatred” because he mentioned this fact in a radio debate. European politicians and authorities increasingly move to appease their new Muslim constituencies, and it is no surprise that European Jews are made to feel the consequences.

The last chapter of European Jewish history is being written. Already in 2013, the late Professor Robert Wistrich, who was a leading authority on anti-Semitism, told European Jews that it was time to get out.

The good news is that European Jews, unlike before, have a place to go. 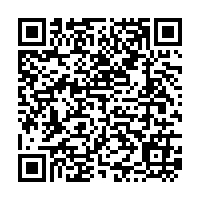