Home InDepth Op-Eds So, How’s Bibi Doing?
Share on Facebook
Tweet on Twitter
“Benjamin Netanyahu, a year into your term, observers seem to agree: You’re an impressive survivor, but just a survivor. The government you lead has no vision, no destination. It’s not going anywhere.”
The words are from Ari Shavit, journalist for Israel’s left-wing daily Haaretz, directed to Prime Minister Netanyahu. Netanyahu (who took office, actually, last March 31 and has been prime minister less than a year) naturally responded by denying the charge, saying “My vision is of an Israel that is a world technological superpower, anchored in values, reaching peace from strength . we are working to jump-start the economy, to augment our security and to strengthen Israel through inculcating basic national values.”
Realizing that the charge of “lack of vision” from the left means mainly “lack of negotiations with the Palestinians and Syria to hand them major Israeli strategic assets,” Netanyahu said the Palestinians and Syria were “present[ing] us with extremist preconditions that they did not present to earlier Israeli governments . The critics expect us to accept the Palestinian and Syrian dictates; they describe the acceptance of those dictates as a vision. I don’t see it as a vision.”
Tentatively, after almost a year in office, Netanyahu can be described as handling the Palestinian situation artfully: positioning himself as a perceived moderate by expressing openness to the idea of a Palestinian state, while hedging such a hypothetical state with requirements (genuine acceptance of Israel, effective demilitarization, Israeli retention of considerable areas) that no Palestinian leader would accept; helping to position Palestinian Authority president Mahmoud Abbas as the intransigent party who – reportedly to American, if not European, annoyance – stonewalls talks.
As for the “Syrian track,” those who are aware of the importance of the Golan Heights for Israel and of the radical nature of Bashar Assad’s regime can only welcome the fact that Netanyahu’s government has not resumed the previous Olmert government’s Turkish-mediated talks with Damascus.
What of Netanyahu’s other claims? Has Israel been “augmenting its security” this past year or just marking time while Hamas and Hezbollah continue their arms buildups on its borders?
Israeli analyst Guy Bechor claims it’s the former, and notes that “our borders are quieter than they have been in many years . The IDF is training today as it has not done in dozens of years. Every day, from morning till night: Tanks, airplanes, helicopters, live-fire drills . [The IDF] is now the first military in the world equipping its tanks with anti-missile systems, which are changing the rules of war.
“The IDF is also equipping itself with new APCs, advanced airplanes, and amazing technological systems, while Hizbullah and Syria are still stuck in the ’80s and ’90s . Moreover, a series of daring assassinations attributed to Israel is prompting personal fears among axis-of-evil leaders.”
For Bechor, the upshot is that “Our enemies realize that the days where Israel conducted itself as a state without honor willing to give in to the advances of those who deceive it are over. They realize that Israel has matured, learned the art of creating deterrence, and that it is here to stay.”
Bechor’s analysis doesn’t say why enemies like Hamas, Hizbullah, and their patron Iran keep building ever-more-dangerous capacities if they’re simply cowed. But it is true that under the Netanyahu government, a trajectory of renewed deterrence has been well sustained up to such recent successes as the presumed Dubai exploit and the air force’s unveiling of a “super-drone” that can reach Iran.
As for “inculcating basic national values,” Netanyahu had in mind a new, 600-million-shekel program launched by his government to restore historical sites and reconnect young Israelis with both the ancient Israelite and modern Zionist past. But whether or not such a massive effort is necessary – and most of the country’s leadership agrees that it is – there are already signs of a revived self-confidence and assertiveness.
The Foreign Ministry’s reported snubbing of a congressional delegation sent by the left-wing group J Street was one such sign. Another is a brand new, entirely novel initiative by the Foreign Ministry to encourage ordinary Israelis to present Israel’s case abroad with the help of a new website (in Hebrew).
There are also signs of a mounting, well-deserved intolerance toward the traitorous element from within: Tel Aviv University has come under fierce pressure to fire radical-left academics who campaign abroad for a boycott of Israel; and the left-wing New Israel Fund is likewise under fire and Knesset investigation for funding anti-Israeli groups including some on which the Goldstone commission relied for its libelous report.
Netanyahu was right, then, to reject the allegation that his only real goal is now his own political survival as he leads a government that is “not going anywhere.” In less than a year his government has been rebuilding Israel’s strength on many fronts. But great danger still looms.
Advertisement 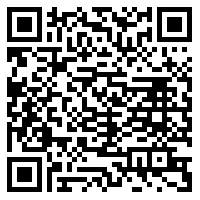