As visitors to the Yad Vashem Holocaust Memorial in Jerusalem wind their way through the main exhibition, they are confronted by a series of unsettling photographs from the first decade of Nazi power: Jews forced onto their hands and knees to clean the sidewalks; a young Jewish woman fleeing from a crowd in a blind panic, her dress ripped open; Jewish schoolchildren compelled to wear a yellow Star of David as a badge of shame.


What these images convey is a powerful sense of how anti-Semitism can progress from being a mere ideology to everyday reality. Many visitors to Holocaust exhibitions are stunned that these atrocities occurred in places that look, to our eyes, modern and familiar, with the signs for shops and cafes signaling a sense of normality in the face of the systemic cruelty visible in the treatment of the Jews in those same photographs. It forces us to ask—in part because we can see the beginnings of our own consumer society in those images—whether we would be capable of doing the same in our own time.

For many years after 1945, there was real hope that the depraved, violent anti-Semitism of the Nazis had been consigned to history. And as trying as the current situation is for Jews in those countries where anti-Semitism is now rising—from Argentina to Germany and all other points of the compass—the reasoning behind that hope remains sound. Post-war generations of Jews have not lived with fear and terror guiding their every decision, great or small.

And yet, sometimes we find disturbing cracks in that overall sense of post-war safety, particularly when we encounter instances of anti-Semitism that resemble those past horrors. The unease that is caused does not come from the fear that a Fourth Reich or an Islamist Caliphate or some other nightmarish totalitarian state will suddenly spring up. It comes from the more fundamental realization that human beings are still capable of extraordinary cruelty when animated by bigotry and hatred.

Over the last week, there have been two reported examples of this kind of viscerally anti-Semitic behavior: one in the United Kingdom, the other in Australia. At the root of both was the desire to inflict psychic humiliation upon the victims as a punishment for their Jewishness.

In the case in the United Kingdom—deeply unpleasant, but not quite as shocking as the Australian example—the offense centered on an image posted to the popular dating app, Tinder. A student of South Asian origin by the name of “Jonathan” uploaded a photo of himself sitting on the London Underground wearing a wide grin as he pointed mockingly at a Chassidic Jewish man adjacent to him who’d made the mistake of falling asleep. For good measure, “Jonathan” then photoshopped a picture of the Palestinian flag bearing the word “Palestine” over the sleeping man’s mouth before attaching it to his Tinder profile—evidently thinking that a potential romantic partner would find this attractive.

When the Tinder picture ended up on Twitter, there was much outrage at this willful, joyous humiliation of a Jew for general amusement. Equally, there were those who said it was all a harmless joke, and that the Jews were, as usual, being oversensitive. “Jonathan” himself was tracked down by a student website, confessing in an interview with them that he regretted posting the image and assuring readers that he was, in no shape or form, an anti-Semite. His university, meanwhile, has suspended him.

A few days later, another even more distressing image appeared on social media, this time in Australia. It showed two kids in a public park on a beautifully sunny day. One 12-year-old boy, wearing shorts and sneakers, was prostrate on the ground kissing the sneakers of a 13-year-old boy, who was also wearing shorts.

The kid forced to the ground was Jewish, while the kid standing upright over him was Muslim. Going by the accounts of the incident in the Australian press, obtaining that image took a degree of planning. The Jewish boy was lured into the park with the promise of a game of football. Once there, he discovered nine boys of the same age who delivered an ultimatum: bow down and kiss the feet of the Muslim kid, or we’ll beat you up. The Jewish kid complied, and the photograph of his humiliation was duly posted on Instagram.

This story was revealed as part of a broader exposé of anti-Semitic bullying in two schools in the city of Melbourne (with the other case involving a 5-year-old boy who was mocked by his classmates for having a circumcised penis.) After his ordeal in the park, the 12-year-old was subjected to months of bullying comprised of anti-Semitic abuse and physical violence. According to the Australian Jewish Anti-Defamation Commission, there is a growing trend among Jewish parents in Melbourne to pull their children out of public schools in favor of Jewish day schools—something that has been witnessed extensively in Europe as well.

The deeper lesson here is that the dehumanizing element that is so essential to anti-Semitism remains with us. In the two cases here—one involving adults and the other involving children, one with a person wearing visibly Jewish clothing, the other a person dressed generically—the common goal was to lampoon and disgrace the victims by way of their Jewishness. That impulse would be instantly recognizable to the Nazis, for whom public-humiliation ceremonies served as a graphic reminder of the legal status of Jews as untermenschen. For all the historical differences between then and now, it’s that particular similarity that should stir something in all of us. 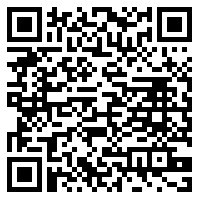