Public prosecutors in Spain have dropped charges of “advocating gender violence” against a Muslim cleric who, on April 2013, preached a two-hour sermon in Spanish, entitled “The Queens of Islam,” during which he made a number of pronouncements about the role of women in Spanish society, including: “Any woman who wears perfume and leaves the house and walks past men who can smell her perfume is a fornicator, and every glance she gets is a fornication.”

The case involves Malik Ibn Benaisa, a Muslim imam based in Ceuta, a Spanish exclave in North Africa where Muslims constitute about 50% of the total population.

Benaisa also said that women should be banned from wearing blue jeans and high heels and from leaving the house unless their hands and face are completely covered.

The comments, which were aired on Spanish public television, enraged women’s rights activists and triggered a nationwide debate over when religious speech becomes abusive and crosses the line into “sexual discrimination” and “gender violence.”

After Benaisa’s sermon was re-broadcast on Spanish public television for a second time during the Islamic holy month of Ramadan in July, the Secretary for Gender Equality for the Spanish Socialist Party in Ceuta, Sandra López Cantero, accused Benaisa of being an “advocate for gender violence” and called on public prosecutors to investigate the imam for violating the Spanish Penal Code.

During a press conference on July 23, Cantero recited quotes from Benaisa’s sermon: “A women cannot show her face or bare hands, she cannot wear high heeled shoes, she cannot wear blue jeans, she must wear a scarf to cover her chest, she cannot pluck her eyebrows and she cannot wear perfume because if she uses it she becomes a fornicator. A woman must keep her head down because a jealous husband can cause problems with other men. A woman should be in total submission to her husband. She has an obligation to wear the veil.”

For his part, the President of the center-right Government of Ceuta, Juan Jesús Vivas, said in a statement that he “manifests his defense of the unequivocal values ​​enshrined in the Spanish Constitution, and in particular, those relating to non-discrimination and equality between men and women.”

Vivas added: “The Government of Ceuta believes that all should endeavor, each within the scope of their responsibilities, to reconcile respect for all faiths with the supremacy of democratic values ​​that are the pillars of our social order and of coexistence.”

Amid considerable media controversy across Spain, Benaisa organized a press conference at the Ibn Rochd Benzúa mosque in Ceuta to defend himself. Surrounded by some 150 Muslim female supporters, Benaisa said he lamented the “de-contextualization” of his statements, which he said were aimed exclusively at “Muslim women” in accordance with “the teachings of the Prophet and the Koran.”

According to Benaisa, “My message has always been to advise and not to impose, as this is not part of Islam, because in the Koran Allah makes it clear that there is no compulsion in religion.”

Benaisa also said that the term “fornicating” was not offensive in tone and that its essence was applicable to both men and women, “who when preening themselves excessively before going out are seeking to be unfaithful to their partners and to Allah.”

Spanish public prosecutors have decided to give Benaisa the benefit of the doubt. After analyzing Benaisa’s sermon, the district attorney concluded that the imam had not broken any laws.

In a statement dated August 7, the Ceuta District Attorney said that labelling women as fornicators is not a crime: “In relation to domestic violence, the law refers to concrete action in the form of threats, injuries, coercion or abuse, while the sexual or religious discrimination section of Article 510 of the Penal Code refers to encouraging discrimination, hatred or violence. This did not occur at the conference in question.” 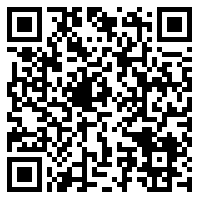