Canada has expelled Iranian diplomats and shut down its embassy in Iran, citing the regime as “the most significant threat to global peace and security in the world today.” Foreign Affairs Minister John Baird condemned Iran on many fronts: its military assistance to Syria, its nuclear program, threats to Israel’s existence, and incitement to Jewish genocide; and he also announced that Canada has now formally listed Iran as a state sponsor of terrorism under the country’s Justice for Victims of Terrorism Act. While the many infractions of the regime were pointed out, the decision also stems an internal security threat: that the Iranian embassy in Canada was being used to promote a fifth column in Canada.

The West would do well to take note as to how far the tentacles of the Iranian regime have spread into global and regional affairs as delegates from Ayatollah Ali Khamenei’s office impose strict expectations on their embassies to find the weaknesses in each country as well as to increase and empower their own supporters there politically, economically and culturally.

Despite the news of Canada’s decision and Baird’s justification for breaking diplomatic ties with Iran, much more action needs to be taken by Western nations. Baird, for example, referred to Iran’s blatant disregard for the Vienna Convention, which defines diplomatic relations between countries, forms the legal basis for diplomatic immunity and enables diplomats to perform functions without fear of being coerced or harassed by the host country.

Baird said he was worried about the safety of diplomats in Tehran following recent attacks on the British embassy in the country. A mob of Iranian students stormed the British embassy in Tehran last November. They tore down the Union Flags and threw documents from windows in a show of civil disobedience that followed London’s support of upgraded Western sanctions on Tehran over its nuclear program. The attack on the British embassy was not only illegal and brutal but it revealed something disturbing about Iran: that the regime is now willing — through violence and destruction — to take extreme risks on the international stage.

Baird has advised Canadian citizens in need of services in Iran to contact the Canadian Embassies in Ankara , Turkey and anywhere else that might provide it. He also issued a safety warning for Canadian travellers to Iran.

In the Syrian crisis to which Baird referred, Iran has shipped hundreds of tons of military equipment to Syria to ensure that the Assad regime survives the threat to its survival, and to aid Assad’s strategic offensive against rebel strongholds in Damascus and Aleppo. As Syria is Iran’s most important regional ally, Western intelligence officials have credited the Iranian regime’s elite Quds force and other high ranking members of Iran’s Revolutionary Guard with creating the devastation there.

Iran’s supreme leader, Ayatollah Ali Khamenei, a month ago also ordered renewed terror attacks on Western targets for supporting an overthrow of the Syrian regime, issuing a directive to Qassem Suleimani, commander of the elite Quds Force unit. An emergency meeting was called of Iran’s National Security Council in Tehran to discuss the implications for Iran in the event of the overthrow of Assad’s regime.

The survival of Syria’s Assad regime is regarded as critical to sustain the Iranian-backed Hezbollah militia, which controls southern Lebanon. A report commissioned by Khamenei concluded that Iran’s national interests were being threatened by U.N. sanctions over Iran’s nuclear program and the West’s support for the Syrian opposition.

Qassem Suleimani is apparently the mastermind behind the killing of more Americans than anyone, according to a Telegraph article in the U.K. that alleges this man to be the world’s most dangerous terrorist since Osama bin Laden. As head of the Quds Force, Suleimani not only works with Hezbollah in Lebanon, he has also plotted and executed mass murder in dozens of countries; and what Hezbollah has in mind for Israel is no secret, according to its leader who once said he hoped that the Jews would gather in Israel so he would not have to hunt them down globally. According to the Telegraph, however, the EU continues to categorize the Iranian-backed Hezbollah as a charitable organization, thereby enabling supporters to raise millions of dollars to inspire, recruit and train terrorists.

In July, Hezbollah was implicated in the bombing of a bus carrying Israeli tourists in Bulgaria . Yet despite the massive evidence of global terrorism by Hezbollah, one EU foreign minister has said a change in policy would be considered if and when “tangible evidence existed” that Hezbollah is engaging in acts of terrorism. Yet Iran and Hezbollah have slaughtered men, women and children in bombings “from Argentina to Saudi Arabia to Bulgaria;” and have targeted US servicemen in direct attacks, and through proxies in Iraq and Afghanistan. 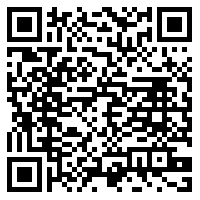