Things in Israel have been unnerving in the last 48 hours. Over 500 rockets have been fired by Hamas into our cities, resulting in several deaths and close to 100 injured. In addition to the rocket attacks, Israeli Arabs have shown their true colors by showing complete support and solidarity with their Hamas brothers.

How did they do this? Simple… by attacking Jews in the street, stoning and destroying Jewish cars, burning shuls, children’s religious schools and yeshiva, acting like hoodlums, thugs and members of violent street gangs. In short, these last few days – as a matter of fact, these last few weeks – have not been easy ones for our Nation. Jerusalem is under attack as are cities which used to boast of peaceful coexistence with Israeli Arabs, cities like Lod, Ramle, Jaffa and others.


Perhaps people can use these weeks as examples of why not to move to Israel. “Things are dangerous,” they say… and allow me to be perfectly honest; they definitely are. It wasn’t long ago when suicide bombers were everywhere, and it was scary to simply listen to the news. I experienced the Gulf War, when Sadaam Hussein, may his name be erased, shot 39 Scud missiles at us and I remember the wave of knife terror which began on Sukkot just a few years ago.

Yes, life in Israel is not simple and is a heck-of-a-lot more dangerous than living in Kew Gardens Hills, Boca Raton or Englewood. Guilty as charged! So, what am I doing here? Why did I take my wife and 6 kids from a comfortable and quiet life in the Five Towns to move to a place where 500 rockets were shot at my extended Jewish family since yesterday?

Let me be perfectly clear and direct with my answer. I did not move here for safety or comfort. I moved here to make a difference, to live a life of significance and meaning. I moved to Israel to settle the land, build homes, plant trees and fight our enemies.

Since when is Jewish life about comfort and taking it easy? When Am Yisrael left Egypt and entered Eretz Yisrael, our ancestors began a very aggressive 14 year period of dividing the Land and battling the nations who lived there. Hashem could have easily had them stay in Goshen and given them the Torah in that beautiful part of the world. They would have learned Torah all day and wouldn’t have had to worry about sirens, bomb shelters and terrorists. Yet, Hashem did not want that! We were told to leave those comforts, trek across the desert and fight wars to drive out the people who were polluting our holy land.

So yes, things are tough here these days but with our Father’s help we will rise to the challenge and sanctify His great and holy Name! By the way – in the last 20 minutes, as I was typing this article – the “red alert siren” went off 5 times and I had to go into the bomb shelter each time. Over 100 missiles were just fired at Tel Aviv, Herziliya (where I live), Petach Tikva and Ramat Hasharon and while I’m not happy about it, I know we will get through these difficult and trying times.

Dearest friends; every word I write is from the heart and totally honest. I urge you not to be discouraged or put off by what you see or read in the news. We cannot let Hamas have that victory! We must push the Israeli government to respond with tremendous force and wipe Hamas off the map. We must give the Israeli police free rein to end the rioting in our cities and make every Arab know that he dare not lift a finger against a Jew ever again.

May our Father in Heaven guide His holy IDF soldiers and police to devour the enemy, once and for all. May He protect every Yid in Eretz Yisrael – and yes, around the world as well! – and may He motivate every member of the Chosen People to come home to join us in this battle with no fear or hesitation at all! 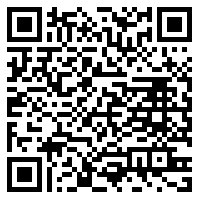