The question of the value of strategic ambiguity has arisen in the wake of the recent attack on the Iranian centrifuge production plant at Natanz and the leaking of the attack on an Iranian intelligence ship in the Red Sea. DM Benny Gantz has accused PM Benjamin Netanyahu of eliminating ambiguity, and a media chorus has been leveraging that accusation by portraying Netanyahu as playing with Israel’s security secrets for political reasons.

In this context as in so many others, one’s political stance shapes one’s perception of reality and obscures the facts. Ambiguity has been gradually expiring for quite a while, and indeed has almost ceased to exist. This pertains to the sustained struggle against Iran that Israel has been waging in Syria, primarily via air attacks; and against Iran itself in the shipping lanes of the region. Ambiguity has lapsed in other domains as well, where it was once used to conceal relationships and interactions between Israel and various actors in its neighborhood.


For more than a decade, ambiguity characterized Israel’s relations with Gulf States and other Arab parties in the region, long before the formal and much-covered announcements of the normalization agreements (the Abraham Accords) and long before Israelis began to visit Gulf principalities. It also characterized the extensive economic-political cooperation between the Netanyahu government and the Arab leadership in Israel headed by the Joint Arab List, which was conducted under the radar over the past five years and which led, inter alia, to the government’s Resolution 922 on a far-reaching aid program for the Arab sector.

To no less an extent, ambiguity also characterized the state’s relations with the Palestinian Authority and Hamas, which were based on conflict management and involved clandestine contacts and collaborations. These ran from indirect negotiations on arrangements for the Gaza Strip to security cooperation with the Palestinian Authority that enabled stability in the West Bank for over a decade, as reflected in the low rates of terror attacks in recent years.

Ambiguity, particularly in the contexts of the struggle against Iran and Syria but also in more positive contexts regarding the Persian Gulf, was practiced for a good reason. It enabled Israel to manage conflicts and conduct dialogues on issues where secrecy reduced risk. It also facilitated a seemingly impossible breakthrough in relations with actors that sought to break free from political constraints (for example, “the Palestinian problem” for the Gulf States) that made it hard for them to pursue their own strategic interests.

It turns out, however, that apart from certain phenomena, whether they involve adversarial security activity or positive economic activity, it is no longer possible to maintain ambiguity. Israel has had trouble sustaining it for a long time, and not only because of boasting and unwanted disclosures. Amid a multiplicity of attacks, relations, operations, and collaborations, it is hard to cling to rules of protocol that entail secrecy and camouflage. It is like pouring water into a cup until it inevitably overflows.

It is likewise clear that beyond a certain level of activity, the other side has difficulty accepting the tactic and continuing to play the ambiguity game. The most conspicuous example was the unintentional killing of a Hezbollah operative in an Israeli attack in Syria in the summer of 2020. While Israel maintained its professed ambiguity, Hezbollah flouted it completely, refusing to play the denial game and stoking tensions in the north and expectations of a counterattack.

If anything typifies the past two years, it is not the upholding of ambiguity but the ongoing process of “coming out of the closet” in almost every sphere in which Israel has dealt, for better or worse, with different actors, both internally and externally. How much the lifting of ambiguity serves Israel’s interests is a difficult question, and arguments can be made both for and against. But this does not change the fact that the ambiguity phenomenon is receding—not as a result of a deliberate Israeli decision but as a side effect of an ongoing reality that has eroded the ability to play the game. It appears that all the players, not only Israel, are putting ambiguity aside.

In many senses, the era in which Israel operated under a certain logic is coming to an end, and the reality is changing. Today, everyone knows what has been hushed up and denied. It is no longer possible to just run off and hide. None of the sides appears willing to maintain the illusion. Misguided political discourse on the ambiguity issue endangers Israel’s effort to craft its regional image no less than the removal of ambiguity itself. 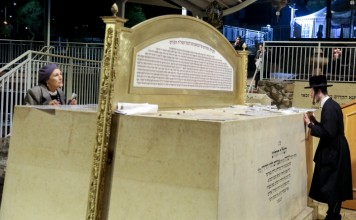 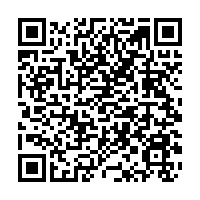