On Wednesday, Israel’s Supreme Court unanimously rejected eight separate petitions filed against Prime Minister Benjamin Netanyahu and the coalition agreement he signed with former challenger Benny Gantz. The ruling paves the way to the immediate formation of a parliamentary majority coalition for the first time in a year-and-a-half-long battle consisting of three consecutive national elections.

The court ruled that Netanyahu may form a new coalition regardless of the indictments filed against him by the attorney general. Supreme Court President Esther Hayut wrote in her ruling that the court “did not find any legal reason to prevent Knesset member Netanyahu from forming a government,” adding that “the legal conclusion we reached does not diminish the gravity of the pending charges against MK Netanyahu for violations of moral integrity, or the difficulties deriving from a prime minister serving when charged with criminal activity.”

The ruling on Netanyahu’s fitness to serve was completely redundant, as Israeli law already explicitly permits a prime minister to continue to serve if indicted, and even if convicted, until all appeals processes have been exhausted. Moreover, Israeli citizens have voted for Netanyahu in large numbers on three consecutive occasions despite full knowledge of the indictments.

Just prior to the ruling, Gadi Taub, a senior lecturer at the School of Public Policy and the Department of Communications at the Hebrew University of Jerusalem, told JNS that in “agreeing to adjudicate this issue in the first place, the court is behaving as if it feels it needs to protect democracy from citizens,” and called the court hearing an “amazing feat of audacity.”

Somewhat surprisingly, however, the court simultaneously ruled that it would not invalidate the irregular and legally-unprecedented terms of the Netanyahu-Gantz agreement.

In addition to limits on appointments and general parliamentary legislation, Gantz will begin the term as a newly-created vice prime minister, who lives in a state-sponsored residence and has nearly the same authorities as the prime minister, including veto power over legislation.

In a unique rotation arrangement, Gantz will assume the premiership midway through the coalition’s shortened three-year term. Once Gantz takes over as prime minister, Netanyahu becomes vice prime minister, and maintains the same legal protections as a prime minister.

It may not have been out of bounds for the court to negate one or more of the agreement’s terms, which require several new basic laws to be immediately passed.

Violating the democratic will of the public

Prior to the ruling, the Likud threatened that if the court struck down even one of the clauses in the painstakingly-negotiated coalition agreement, Israel would spiral into a fourth election, and that the court would be blamed for violating the democratic will of the public.

Just weeks earlier, the court did exactly that. In the middle of heated coalition negotiations, Supreme Court President Hayut conspired with now-opposition leader Yair Lapid—who filed one of the eight petitions against the current government—to violate the very basic laws the court is enshrined to protect, and simultaneously violate the democratic balance of powers between Israel’s judiciary and legislative branches.

In an attempted putsch, the court ruled that incumbent Knesset Speaker Yuli Edelstein be forced hold a snap vote to replace himself, prior to the formation of a parliamentary majority by either Netanyahu or Gantz. Lapid had wanted to replace Edelstein with a member of his own faction, in order to advance four separate retroactive bills, each of which would have prevented Netanyahu from forming a government. Edelstein, as speaker, refused to advance the legislation.

According to the basic laws of the State of Israel, “The Knesset shall itself prescribe its procedure” and “the Knesset shall follow its accepted practice and routine.” Additionally, according to Knesset’s own bylaws, “The Speaker shall run the affairs of the Knesset … and oversee the observance of its rules of procedures.”

Edelstein heroically resigned rather than hold the vote. Then the court ruled a second time in violation of the explicit Knesset bylaws, demanding that the vote for a new speaker be held ahead of Edelstein’s legally-mandated 48-hour resignation period.

It was after this second snap ruling that Gantz boldly decided to end his political alliance with Lapid. Gantz advanced his own candidacy for the post of Knesset Speaker, and instead entered into unity negotiations alongside Netanyahu. Gantz’s surprise move put a sudden end to the Lapid-Hayut putsch.

At the time, the issue of the court’s radical judicial interference took a backseat to the newly-started unity negotiations and the outbreak of the coronavirus pandemic.

Had the court decided once again to interfere with the legislative electoral process, by negating clauses of the coalition agreement, the issue of the court’s interference in the Edelstein case would without a doubt have risen back to the surface.

The court hearings earlier this week did little to impress upon the public that the court is the protector of Israel’s democratic process.

Due to coronavirus restrictions on how many individuals, including members of the press, could be present in the courtroom, the court itself decided, for the first time, to televise the hearings.

Those watching could see the 11 justices of the court, dressed in black, sitting on the dais, accosting the lawyers defending the government. One after the other, the judges acted as prosecutors, interrupting the attorney before he was able to complete sentences, let alone paragraphs in defense of the government’s position.

That the court chose not to invalidate the agreement may have more to do with the court’s precarious standing than protecting the law. Many had expected the court would invalidate at least some of the coalition agreement’s irregular clauses.

Early polls show that should Israel descend into yet a fourth election cycle, Netanyahu’s Likud Party could grow from its present 36 mandates to as many as 40, and that his bloc of right-wing and religious allies would easily pass the 61-mandate threshold necessary to form Netanyahu’s preferred narrow right-wing government.

Such a government, free of the sensitive constraints of a unity government that balances the goals of political opponents, would likely make major judicial reform a key tenet of its parliamentary agenda.

At present, it is the current Supreme Court justices, together with Israel’s Bar Association (the pool for future justices) that make up two-thirds of the nine-member committee to select new justices. This near-monopoly enables the court to select new justices that it expects will continue its longstanding progressive and activist agenda.

Six of the court’s 15 justices are scheduled to retire within the next four years. Should a new government legislate major adjustments to the selection process for future justices, it could radically alter the face of the court in the years ahead.

By contrast, Gantz, who serves as a coalition counterweight to Netanyahu’s legislative agenda, is not likely to rubber-stamp judicial reform. Gantz himself views the court as a counterweight to protect him against future Netanyahu maneuvers to oust him from the government and remain in power.

As such, the court likely views the unity government as the alignment most likely to maintain the status quo on judicial appointments, allowing the court to maintain its influence over the selection process of new justices.

In other words, the court’s ruling was not based on a desire to protect democracy or uphold the will of the electorate. The court had just severely violated Israel’s democratic balance of powers, as well as its basic laws, just weeks earlier. Rather, its decision not to invalidate the Netanyahu-Gantz unity government was an act of self-preservation. 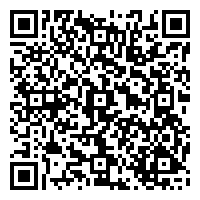