Peace between Israel and the Palestinians does not, fundamentally, depend on who is doing the negotiating, how skilled they are, and other such diplomatic matters. Fundamentally it depends on the desire for peace.


A new study of Palestinian textbooks finds that Palestinian children are being taught to glorify and value terrorism and violence. The study, called “Palestinian Elementary School Curriculum 2016–17: Radicalization and Revival of the PLO Program,” was conducted by the Institute for Monitoring Peace and Cultural Tolerance in School Education (in Jerusalem) and can be found here.

The study’s summary begins with this:

The new Palestinian curriculum, which includes new textbooks for grades 1–4, is significantly more radical than previous curricula. To an even greater extent than the 2014–15 textbooks, the curriculum teaches students to be martyrs, demonizes and denies the existence of Israel and focuses on a “return” to an exclusively Palestinian homeland.

Within the pages of the textbooks children are taught to be expendable. Messages such as: “the volcano of my revenge”; “the longing of my blood for my land”; and “I shall sacrifice my blood to saturate the land” suffuse the curriculum. Math books use numbers of dead martyrs to teach arithmetic. The vision of an Arab Palestine includes the entirety of what is now Israel, defined as the “1948 Occupied Territories.”

That is not the way to prepare children for peace.

Here is how the grade 4 math textbook teaches math:

Palestinian President Mahmoud Abbas will be in Washington this week. The teaching and glorification of terrorism and violence should be at the top of the agenda with him. For decades, such matters were considered peripheral to the serious business of diplomatic negotiations. But the negotiations start, stop, and go nowhere. Meanwhile another generation of Palestinian children learn in schools and play in parks named after murderers. That’s what is really serious, and that’s what Mr. Abbas should be confronted with this week. 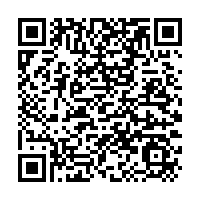