When I was a college student in the 1980s the American Left opposed nuclear proliferation.

Mainstream, regular Democrats often furrowed their brows at the American nuclear program during the Cold War and many called for a scaling back of the arsenal.

A popular book at the time, among idealistic, politically-inclined peace-loving Jewish left-dwelling Americans, and others, was something called The Hundredth Monkey, by Ken Keyes, Jr. (Not to be confused with counter-cultural icon and author Ken Kesey of One Flew Over the Cuckoos Nest fame).

The book’s thesis was that in order to avoid a nuclear catastrophe the West needed to move beyond a zero-sum paradigm of political confrontation to a paradigm of cooperation, if not friendship, with international rivals.

It was as much a broad psychological analysis of the West, politically, as it was a specific criticism of U.S. nuclear policies.  In the 1980s, during the Reagan years, the American Left was down, but it was not out and it was motivated.  The kinds of students who embraced The Hundredth Monkey were also, just beneath the surface of Reagan’s America, embracing feminism and the counterculture.  There was a sense of possibility in the air and nascent conservatives, such as Tucker Carlson – well before he put on his bow tie and got decked by Jon Stewart on Crossfire in 2004 – were still following the Grateful Dead around the country.

Although college students increasingly looked rightward at the time, feminism seemed to be on the rise and young women throughout the country were Taking Back the Night.  Feminists were also starting, in a significant way, to oppose Islamic oppression of women; a trend that reached a height in opposition to the Taliban in the 1990s but that crashed with the Two Towers in 2001.  There was also an interesting debate within American feminism between feminist counter-cultural libertarians, like Camille Paglia – who would now be considered a right-leaning figure – versus more traditional second-wave feminists, like Gloria Steinem.

There was something of a renaissance of counterculture literature at the time, as well.  Even as conservatism and the Evangelical movement and the Moral Majority were gaining within the mainstream American political landscape, many college students rediscovered Kerouac and the Beats, Richard Brautigan and the hippies.  Writers, and crazy people, like William S. Burroughs, Alan Ginsberg, Alan Watts, John Lilly, Timothy Leary, Richard Alpert, Charles Bukowski, Hunter S. Thompson, and many other alternative figures, largely from the 1960s, came to the attention of many young people in my generation… including, yes, Ken Kesey and his Merry Pranksters.

In the 1980s there was a saying within certain dope-smoking, poker-playing quarters that “the 90s are going to make the 80s look like the 50s.”  The idea, of course, was that we were going back to something that more closely resembled the 1960s.  The hope – at least among young, Left, radically-inclined white kids – was that after the business-oriented, closed-down, shut-up, Reagan 80s we would see a 1960s-style re-awakening of freedom and fun in the 90s.

{It did not happen.}

When William Jefferson Clinton defeated George H.W. Bush in the general election of 1992 many of us breathed a sigh of relief.  From a cultural standpoint the Clinton presidency seemed to promise considerably more elbow-room than did the previous twelve years of conservative Reagan-Bush.  And although, of course, the 1990s were nothing like the 1960s, there was at least a sense among many on the Left that the country was taking steps in a direction that suggested cultural openness and international cooperation under Bill Clinton.

80s conservatism was over.  The economy was booming.  The computer revolution was taking hold and new technologies, such as cell phone technology, were introduced to the general population.  Computers were everywhere and people were yammering at one another on email, prior to text messaging and twitter.  Pat Buchanan called for a “Culture War,” Clinton had illicit sex in the Oval Office, and Jerry Falwell thought that the world was coming to an end because of Gay people. 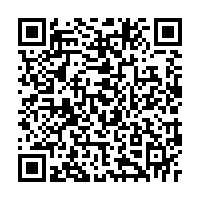