In Genocidal Liberalism: The University’s Jihad Against Israel & Jews, published by the David Horowitz Freedom Center, Dr. Richard Cravatts pulls no punches, relentlessly anatomizing the pedagogic bias currently in place, which is neo-Marxist in its orientation and undeniably anti-Jewish in its expression.

The university, he charges, is by and large no longer “a place where civility and reasoned scholarly discourse normally occurs,” given the “gradual ratcheting up of the level of acrimony against Israel and Zionism” and the Left’s insistence that such criticism, no matter how incendiary or libelous, “is no more than political commentary on the Jewish state.”


He furnishes a near- interminable list of “strident anti-Israel initiatives” that mar the intellectual life of the “liberal” and “humanistic” university, including academic boycotts of Israeli professors, the fostering of vociferous and occasionally violence-prone anti-Zionist and anti-Jewish Muslim student groups on campus, the furthering of divestment and disinvestment from Israeli companies and companies doing business with them, and the shutting down of pro-Israel speakers.

Cravatts points to an influential 1965 essay by Herbert Marcuse, titled “Repressive Tolerance,” which planted the seed of political and epistemic subversion in the fertile soil of American academia. “Purporting to endorse freedom of expression for all,” Cravatts writes, the essay instead reserved “that right, in actual practice, only to favored groups.” The program “could only be accomplished…by favoring ‘partisan’ speech to promote ‘progressive’ or revolutionary change,” which would be, in Marcuse’s phrase, “intolerant toward the protagonists of the repressive status quo.” By the latter, Marcuse meant classical liberal thought with its emphasis on tradition, individual autonomy, civic responsibility and limited government.

Our contemporary Marcusians have learned their lesson well. In this way, the door was opened for the delivery of mendacious doctrines from post-colonial fanatics and postmodern destabilizers like Edward Said and Michel Foucault who have done so much damage to the principles of intellectual honesty and objective study on which the university is presumably founded.

Marcuse, a leading member of the left-wing Frankfurt School, clearly drew his inspiration from German philosopher Martin Heidegger, whom Cravatts does not mention but whose spirit pervades current “humanistic” thought. The godfather of the current mob of academic gangsters, Heidegger was appointed rector of the University of Freiburg in 1933, using his considerable reputation to further the Nazi supremacist dogma. For Heidegger, the function of the university was to provide what he called, in his Rector’s Address, “service to knowledge” as an obligation to the National Socialist state, that is, to entrench a species of politicized education – in this case, the absurd theories of National Socialism, the restriction of free expression, and, ultimately, a lethal campaign against the country’s and the continent’s Jewish inhabitants.

The current academic campaign against Jews and Israel, expressed in the condemnation of Israel as an apartheid and occupying regime engaged in the “ethnic cleansing” of Palestinians, is merely an updated and partially laundered variant of the German original. It is a palpable lie masquerading as an apodictic truth supported by fraudulent research and revisionist infatuations. The invention or suppression of facts and the propagation of fictitious memes and venomous tropes have become the liberal academy’s stock in trade.

I should indicate that Cravatts’s subject has been addressed before by several erudite and committed writers who have lobbied to clean up the latrine of higher education in America. David Horowitz in such books as Indoctrination U and Reforming our Universities, Gary Tobin et al. in The Uncivil University (referenced several times by Cravatts), and Stephen Norwood’s chilling The Third Reich in the Ivory Tower expose the academic Left’s growing rapprochement with tyrannical doctrines and especially with the metastasizing Islamic movement, such rapprochement constituting a symptom of its abdication from founding principles and the betrayal of its mandate.

There is no doubt that the natural corollaries of the narrow, deformed and prejudicial temper prevailing in academia are anti-Jewish odium and anti-Israel denunciation. The two are indissolubly linked. Loading “cruel and destructive invective on Zionism,” says Cravatts, the professors are in reality “promulgating vile, disproportionate opprobrium that frequently shows its true face as raw anti-Semitism.”

Norwood, for his part, reveals how Harvard, Yale and Columbia during the 1930s embraced or were sympathetic to the fascist regimes of Hitler and Mussolini. Today, as Cravatts amply demonstrates, the educational establishment cultivates an equally comprehensive sympathy for Islamofascist themes, curricula and organizations. Third-rate thinking, ignorance, ingratitude, chicanery and political indoctrination have become the mainstays of the Humanities, Middle East Studies programs and misnamed Social Sciences departments.

As an instance of such dissembling, Cravatts directs our attention to a BDS (Boycotts, Divestment, Sanctions) manual, Fighting the New Apartheid: A Guide to Campus Divestment from Israel, authored by Palestinian-born Fayyad Sbaihat of the University of Wisconsin, in which we read that the divestment campaign should avoid “debating facts on the ground.” In order for the BDS agenda to be successful, “Israel must be characterized as a pariah state” regardless of “specific events and facts [which] can prove illusive when one attempts to build a case around them.” 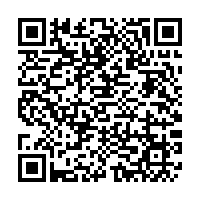