There is no shortage journalists like Bax and Rupp writing for liberal and left-leaning publications in Germany. The children and grandchildren of the generation that, directly or indirectly, participated in the destruction of European Jewry are now preaching a dangerously sophisticated form of anti-Semitism from the Left rather than the Right. 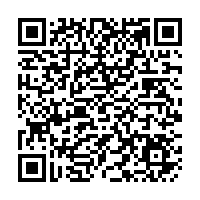