As nations issued statements of support for the Balfour Declaration, issued on November 2, 1917, Jewish communities around the world paused and celebrated. The American Jewish Zionist Newspaper, the Maccabaean termed the Balfour Declaration, ‘The Jewish Magna Carta,’ The American Jewish Chronicle, “A Turning Point in Jewish History,” The Canadian Jewish Chronicle, the “The End of the Galut.” A popular Yiddish daily, Dos Yiddishe Folk, stated, “for the first time in two thousand years we again enter into the arena of world history as a nation which deserves a national home.” The religious Zionist movement, Mizrahi, issued a statement that “It seems that Holy Providence which guided Israel in its long night of exile is about to reward the Jewish people for all their suffering and tribulations.”

In one celebration, a reported crowd of 100,000 danced outside the US Consulate in Odessa.

Christian Zionists around the world were elated as well.

On Sunday evening December 2, 1917, crowds gathered in the London Opera House, which was filled to capacity with over 2,700 in attendance. An over flow crowd met simultaneously in the Kingsway Theatre of London. The rally was entitled a “Great Thanksgiving Meeting,” by the London Jewish Chronicle and it featured members of the British Government and leaders of British Jewry.

At the rally, speeches were delivered with the frequent theme portraying the British as liberators of the Jewish people from millennium of suffering. British Member of Parliament, Colonel Mark Sykes called the event a “Turning point in the history of the whole world.” MP Robert Cecil proclaimed, “The keynote of our meeting this afternoon is liberation.” MP Herbert Samuel, who would later become the first British High Commissioner over the Middle East, pronounced the words, “Next year in Jerusalem” and decried those who had doubted that British promise of Jewish statehood. Dr. Chaim Weitzmann, president of the English Zionist Federation, who had an integral role in the promulgation of the Declaration, called upon those present to rise and take an oath, which quoted a passage from Isaiah, “If I forget thee Jerusalem, may my right hand forget its power.”

The general perception was that the deliverance of the Jews was forthcoming, thanks to the declaration of the British government.

Among the speakers was the eminent Rav Abraham Isaac Kook from the city of Jaffa who due to circumstances related to the war was in London at the time. Rav Kook’s message was quite different, “I have not come here to thank the British nation, but even more, to congratulate it for the privilege of making this declaration. The Jewish nation is the ‘scholar’ among the nations, the ‘people of the book,’ a nation of prophets; and it is a great honor for any nation to aid it. I bless the British nation for having extended such honorable aid to the people of the Torah, so that they may return to their land and renew their homeland.”

Rav Kook offered recognition to the British but not thanks. If the British offered the pledge, then it fulfilled a role for which it was destined.

He believed the British need not be thanked for giving the Jews what has been rightfully theirs for over three thousand years, or for offering the Jews the land which was taken from them by Roman conquerors 1800 years earlier?

Furthermore, the British issued the declaration, but they had not yet delivered on its promises of Jewish Statehood. Despite the euphoria, the British would soon abandon its promises. By 1919, members of the Jewish Legion who fought valiantly with the British to expel the Turks from Palestine in 1918 were prohibited from entering Jerusalem on Passover. One year later, during Passover, an Arab pogrom broke out in Jerusalem. Five Jews were murdered and hundreds were wounded-eighteen critically. Synagogues were desecrated, shops were looted, and homes were ransacked. The British military authorities rejected the Jews’ demands to dismiss the Arab police who participated. The Jews as a whole condemned the response by the British, and accused them of complicity in the pogrom. Accusations were also subsequently leveled that the British incited the violence.

Weeks later, as the British were granted a mandate over Palestine signifying a possible shift in policy, another event expressing gratitude was held. On the same page of the London Jewish Chronicle, on April 30, 1920, which contains eye witness accounts of the horrors on the pogrom, an advertisement appeared calling for a ‘Thanksgiving Meeting’ to be held on May 2, “In Gratification for the Granting of the Mandate to Great Britain and the Establishment in Palestine of the New Jewish Homeland.” With the new mandate granted, the British were again showered with words of appreciation, but the Palestine mandate continued and the promises of Jewish Statehood were not fulfilled.

Over five years later, on November 11, 1925, crowds filled the ‘Churva’ synagogue in the Old City of Jerusalem to commemorate the armistice which concluded the First World War. As thunderous cannon fire ushered in a two minute moment of silence. Rav Kook then addressed the audience, “We the Jewish people, have kept silent not only for two minutes but for two thousand years. The nations robbed our Land from us; they plundered our cherished soil; they spilled our blood; and we always kept silent. We suffered for two thousand years of indescribable afflictions, but we kept our peace. …Our silence today is our protest, our outcry: Return the theft! Return our holy places, which you took by force!” 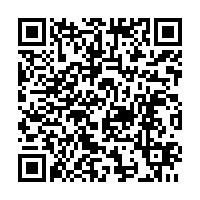