Only the gullible could believe that it is a coincidence that the Israel Police’s recommendation that Prime Minister Benjamin Netanyahu be tried on charges of bribery was released at the same time as Police Commissioner Roni Alsheikh resigned.

The report was a goodbye present from the Lahav 433 Central Fraud Investigative Unit to Alsheikh, who ended his time as top cop coddled and glorified, an impressive turnaround that was the result of his comments and interviews about the investigations involving the prime minister.

When an investigative unit is dealing with people’s lives and reputations, the idea of “clearing off desks” is disturbing and sparks gloomy thoughts. A person’s dignity is not a crumb on the desk of the police commissioner, to be tossed to the public the day he leaves the job so the hostile media can trumpet its hatred. It may very well be that the intention is also to present the new police commissioner with a fait accompli to prevent him from wanting to probe the manner in which the investigation was conducted or the circumstances that led to it being tainted from the outset.

The suspicion raised by the police recommendations that crimes were committed is a serious one that demands in-depth clarification and carries an obligation to leave no stone unturned. As a legal scholar, and one who believes in the rule of law, it is clear to me that criminal investigations must be followed through to the end, faithfully and seriously. The suspect’s identity, job and status do not matter.

But everyone also understands the degree of responsibility and caution needed when a case involves the prime minister because of its political and security ramifications.

The police recommendations are not the end of the story. The attorney general, and possibly the courts, will have to evaluate the evidence and whether it comprises guilt beyond reasonable doubt. What is being placed before them? They must consider the blatant aspects of selective enforcement; the manner in which the prosecution enlisted states’ witnesses who themselves made decisions regarding the investigations; the inhumane pressure exerted to wear down Bezeq controlling shareholder Shaul Elovitch and his wife, and make them testify against Netanyahu (they stuck to their integrity and refused); and the credibility of the clandestine recorders of conversations and the circumstances in which the recordings were made. Finally, it is necessary to look into whether it was reasonable to grant generous benefits to Bezeq that, according to suspicions, were given in exchange for flattering media coverage.

As a citizen who is following the investigation as it unfolds, I am deeply concerned by the reports about it. My concern stems from my impression that politicians, fake pundits, self-declared experts on morality and senior police officials have joined forces to bring down a sitting prime minister without holding an election.

I have no doubt that many others in Israel share this feeling. The coalition of the left, which controls many media outlets, has not been able to run an attractive candidate against Netanyahu for years, and is so despondent that it has decided to pin its hopes on the investigative units of the Israel police.

For years, attempts have been made to turn a successful prime minister, under whom Israel became a world power, into a criminal. Every keyboard expert, frustrated politician and ratings-hungry analyst has been able to attack, slander and rake up muck. Anyone who saw the faces of the news anchors who were forced to report that the prime minister was uninvolved in the submarine corruption case could understand how miserable they were. Even after law-enforcement authorities made their announcement, the media refused to accept the decision. The truth is irrelevant; the main thing is to topple the right-wing government.

Now that the recommendations have been published, it will be some time before legal proceedings are completed and a court makes a ruling. The coalition of “Bibiphobes” is unwilling to wait until the facts are determined. All they want to do is impress upon the public that Netanyahu and his family have already been convicted, and there is no need for any further processes.

Astonishingly, the people who prefer a trial by the public will be the last ones to accept the public’s ruling, as it will be expressed in the next election.

(Dr. Haim Shine is a faculty member of Israel’s Academic Center of Law and Science, and a member of the Jewish Agency’s Board of Governors) 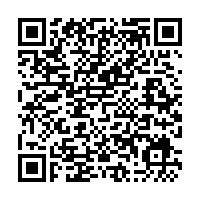