As kids growing up during the Cold War, it was always a laugh for us to hear the Soviet Union accuse the US of being a war monger and the greatest threat to world peace. We knew that the US was apple pie and baseball, human rights and democracy, while the Soviet Union was a drab grey monolith of misery, Siberian gulags and dreams of world conquest even at the price of nuclear conflict (Cuba).  One might similarly laugh off Iranian claims that the US is the greatest supporter of terror in the world. Unfortunately, the Iranians may actually be on to something.


The United States of America, the country that took in my immigrant parents along with millions of other Jews fleeing the horrors of Nazi-conquered Europe, has paid the biggest killers of Jews since 1945 hundreds of millions of dollars a year since the signing of the failed Oslo Agreements.  The Palestinian Authority (PA), the recipient of these billions in American largesse takes great pride in the murder of Jews and not only names streets, buildings and squares after mass murderers of Jewish men, women, and children, but it also pays the killers salaries while they sit in Israeli prisons.  And now the perennial Arabist “useful idiots” at the State Department are running cover for them.

As I have written before, our son and I were injured in a suicide bombing performed by a Palestinian policeman in downtown Jerusalem in 2002.  The bomber worked for the PA, as did his dispatcher; the heir apparent to Mahmud Abbas, Marwan Barghouti, paid the terrorists the day before the attack $600. By all measures, we were attacked by the PA and its employees. In 2004, we and ten other American terror victim families sued the PA and the PLO; in 2015, we won an extraordinary jury verdict in federal district court in Manhattan. The verdict was thrown out the following year on the grounds that the PA is not subject to US jurisdiction, not having enough “contacts” in the US to make it a suable body. We applied to the Supreme Court earlier this year to hear our case and hopefully reverse the Second Circuit of Appeal’s decision, which we felt was based on flawed reasoning.  Our brief was supported by the entire House of Representatives, a quarter of all sitting senators, and twelve former high-ranking Department of Justice officials.  The court delayed its decision to hear our case and instead asked the Trump administration, in the person of the acting Solicitor General, what the Executive Branch thought of our case being heard by the court. That request went out in June.  As we near the start of 2018, nary a sound has been heard from the Trump White House.  Shouldn’t this be a slam-dunk? The court is not asking how to decide the case, but rather whether the issues at stake are important enough to the Executive Branch that the latter would encourage the court hearing the arguments.  Wouldn’t the Trump Department of Justice (DoJ) want to see a strengthening of the beleaguered Anit-Terror Act (ATA) which, after the Second Circuit decision, would no longer be a viable tool in the fight against overseas terror in which Americans were harmed (think of Paris, Nice or Manchester)? Wouldn’t Donald Trump, who has promised to protect American citizens and has liked to pose with victims of illegal alien violence, want to come to the aid of his fellow American citizens who have either been injured or have lost love ones to brazen acts of terrorism? The answer in the form of a lack of response from the Solicitor General shows all that is wrong with Washington, regardless of who sits in the White House.

The scuttlebutt reaching our side is that the DoJ does want to support our request for a hearing before the highest court in the land. But the State Department is opposed, once again fearing that if the Supreme Court hears our case, it may reverse the appeals ruling and the PA would be back on the hook for $655.5 million, something that John Kerry had worked so hard to prevent.  The State Department has never had a Plan B in its Middle East dealings since “land for peace” became the mantra during the Nixon administration; it has thrown its lot with the PA since 1993, though the latter was caught importing weapons via the Karine A, pays over $300 million a year to convicted terrorists sitting in Israeli jail, supports textbooks and sermons demonizing Jews and Israelis, and has turned down every peace agreement offered it by Israeli prime ministers on the left and on the right.  Natan Sharansky once went to Washington with a group of Palestinian businessmen and told Bill Clinton that those in front of him would form the backbone of a future Palestine.  Clinton told Sharansky that everything has to go through Arafat, there is no alternative to Arafat, and that any deal could be made with Arafat alone.  Bush saw Arafat a little better for the lying mass-murderer he was; Bush was comfortable falling for the Abbas in place of Arafat shtick, and Obama was more than pleased to continue to deal with Abbas, though Abu Mazen has supported Palestinian terrorists both through his words and through PA coffers.  His speech at the UN before the “stabbing intifada” began was all but a green light to spill Jewish blood.

So in came the Trump administration, and hopes were revived for a move of the US embassy to Jerusalem and a new pragmatic approach to Israeli-Palestinian affairs. Instead of demanding that Israel commit suicide in a peace agreement and in place of stoking Palestinian fantasies about bringing a few million “refugees” to take over Israel, the US was supposed to return to the position of honest broker not seen in decades.  But as we see with our case, the State Department and its clueless leader (who once said that Tel Aviv was the center of Judaism—he apparently has never been there) immediately circled the wagons to protect the PA from a potential Supreme Court hearing in an important terror case.  In some sense, the US embrace of those who spilled the blood of fellow Americans is no great surprise: the US took in and otherwise helped hundreds if not thousands of Nazis escape Europe and justice in the drive to build rockets and spy on the Soviet Union.  At least then, when the US government overlooked the membership of V2 master Werner von Braun and his SS association or Klaus Barbie’s murder of thousands of French Jews, one could argue that the US was looking out for its interests in the newly born Cold War with former ally, the Soviet Union. In supporting Palestinian mass murderers and their PA enablers, the US simply shows that antisemitism in the State Department dies hard, and independent of who sits in the White House, the US will never see the butchery of Jews as disqualifying for leadership in a Palestinian government.

When I met US ambassador to Israel, James Cunningham, the only US ambassador I met who actually told the truth, I gave him a very special Passover Hagadah. On the inner cover, I wrote a quote from de Tocqueville: “America is great because she is good. If America ceases to be good, American will cease to be great.”  The United States favoring wanton terrorists and their official supporters over American citizens/terror victims shows that the US has lost its moral bearings and no longer understands the difference between good and evil.  The Allies demanded from both Germany and Japan unconditional surrender as they knew that one cannot build a bright future for those destroyed countries from a source of evil and tyranny. The 70+ years of quiet and economic and democratic success displayed in these countries on opposite sides of the globe prove that wisdom of the Allied leadership. The PA is rotten to the core and no good will ever come of it.  Rex Tillerson can fantasize about peace in the Middle East, but his shielding of the ones who tried to kill us and my fellow US terror victim plaintiffs will not help bring peace. It will only encourage more extremism from his new friends in Ramallah.  The US can be better than this.  The US should demand future Palestinian leaders who have never been involved in terror, its funding, its glorification, or its support. The old oilman from Exxon will find that it was easier to find oil in the Alaskan wilderness than it is to find Palestinian leaders who fit these criteria. 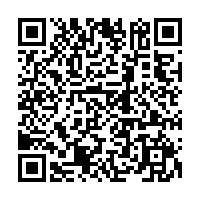