While the mainstream news media continues to shout down anyone raising even the slightest penumbral emanations of possible 2020 election irregularities, and social media giants suspend, and even erase, people for similar “violations of community standards” (whatever that means) — a Supreme Court justice and a Michigan Secretary of State have issued written opinions that refute what every sensible MSNBC viewer desperately wants to believe is true.


State Court of Claims Judge Christopher Murray ruled that Secretary of State Jocelyn Benson’s guidance to Michigan clerks in early October was invalid. Benson instructed the clerks to presume the accuracy of absentee ballot signatures. Benson did not go through the proper rule-making process when issuing the guidance. Murray has ruled Benson’s actions unlawful, stating that Benson’s orders went, “beyond the realm of mere advice and direction, and instead is a substantive directive that adds to the pertinent signature-matching standards.”

That is precisely how elections are stolen.

According to the Detroit News: “Michigan law requires clerks to match required signatures on absentee ballot applications and absentee ballot envelopes with the voter signature on file to ensure the person submitting the ballot is the same one registered to vote in Michigan. But state law doesn’t define what it means for signatures to ‘agree sufficiently.’ ”

As a reminder, former President Trump sued in six states – including Michigan – over election irregularities. Peter Navarro, President Trump’s Director of the Office of Trade and Manufacturing, issued a 36-page report in December 2020 detailing a host of election irregularities that merited court and congressional scrutiny – but that were brushed aside in accordance with the offensive information operation described in a 3-part essay published in September 2020 by the Gatestone Institute.

U.S. Supreme Court Chief Justice John Roberts scrupulously ignored every 2020 election legal challenge raised by former President Trump in order to assure a legally uncontested Biden victory. Irregularities in six states could not get the attention of the highest court like the 2000 election irregularities in just a handful of Florida counties.

Pandemic or not, the last-minute rule changes imposed by judicial and executive branch officials were irregular and perhaps outright illegal. State legislatures govern elections. Changing the rules to extend deadlines, dropping signature requirements for mail-in ballots and other sketchy practices that saw huge voting total swings are all indications of election manipulation. It might not be fraud, but the irregularities demand an explanation.

Pennsylvania had a contested mail-in ballot controversy. When “the Supremes” finally got around to the case in February, Supreme Court Justice Clarence Thomas, wrote a blistering dissent, stating:

“We failed to settle this dispute before the election, and thus provide clear rules. Now we again fail to provide clear rules for future elections. The decision to leave election law hidden beneath a shroud of doubt is baffling. By doing nothing, we invite further confusion and erosion of voter confidence.”

He then reviewed the documented risks presented by mail-in balloting, which offers “simpler and more effective alternatives to commit fraud.”

The further we get from the November 2020 election, the more we will see documented evidence of voting irregularities, manipulations and gamesmanship. There remain unresolved issues in Georgia, Wisconsin and Maricopa County, Arizona. Will there be ironclad evidence of “fraud?” “Fraud” by the legal standard – not under the colloquial terms thrown around loosely by TV pundits? Not if the victors and their propaganda partners in the news and social media venues have their way. Just in the past couple of days the Washington Post was forced to admit they had phonied-up claims about President Trump’s call to Georgia election officials and then lied about it. The reckless, inaccurate language in the reporting of the Washington Post found its way into former President Trump’s second impeachment. Not as actual evidence, mind you, but in the heated presentations of the impeachment managers. It seems they were thinking: “Facts be damned! We’ve got a great line to use!”

While the legal opinions of Judge Murray and Justice Thomas are tough to jam down the memory hole, they are too late to make a difference in the November 2020 election.

The cautionary lesson for the American public now is for there to be legitimate reform of the election process, without buying into the nightmare offered by H.R.1 and the federalizing of all elections. Many states are pursuing reforms tailored to their individual needs. That is a good thing, and consistent with both the 10th Amendment to the US Constitution and the Elections Clause. We must use every legal tool available to us – county by county and from statehouse to statehouse – to ensure free and fair elections that the American people can trust.

That means cleaning up voter registration rolls; having and election DAY (not a “season”); voter ID; enforced rules for absentee and mail-in ballots; paper ballots for audit purposes; and banking-quality cyber security on all electronic voting systems. Those measures are just a start, but should be a minimum standard achievable by the 2022 mid-term elections. State legislators must eliminate the “confusion and erosion of voter confidence” Justice Thomas warned of, and before the next election. 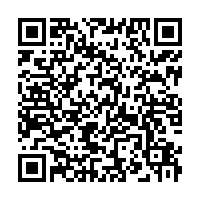