Something remarkable happened in the nation’s capital last week. The president, who derides most journalists as purveyors of “fake news,” and journalists who openly despise the president, suddenly found an issue on which they could agree: the innumerable virtues of a visiting dictator who shelters murderers of American citizens.

It was a week in which enraged journalists compared the president’s border policies to those of the Nazis, and prominent Democrats called for mobs to besiege administration officials whom they spot in restaurants. Yet, amid all this sound and fury, the political combatants paused, set aside their mutual hatred for a few hours, and joined hands in a lovefest devoted to a foreign tyrant who rules by royal decree and provides haven to the killers of American women and children.

Who is this extraordinary despot who captures the hearts of American journalists and the president alike? Why, it’s King Abdullah of Jordan, of course.

Liberals are outraged when Trump seems to behave like a would-be monarch, yet they swoon when a real-life king came to town. Conservatives were furious over the exchange of Bo Bergdahl for Taliban killers of Americans, yet they rolled out the red carpet for the Jordanian leader who protects killers of Americans.

After President Trump and King Abdullah met at the White House, they spoke to reporters. Trump began by praising Abdullah as “incredible” and “fantastic.” The reporters then asked about the president’s executive order concerning border separations, about the chances for Middle East peace, and about the administration’s forthcoming Mideast peace plan.

Later in the day, the president spoke to reporters again. They asked about Harley-Davidson moving some of its operations overseas; the tariffs dispute; the actions of steel manufacturers; U.S.-China trade; the Supreme Court travel ban ruling; the process for deporting illegal immigrants; and funding for the border wall.

President Trump did not say a word about the killers of Americans whom Abdullah is sheltering. And not one journalist asked him about it. It was “Don’t ask, don’t tell” at its most shameful.

But since the president and the news media won’t tell you about it, I will. On August 9, 1982, Palestinian terrorists firing submachine guns and throwing hand grenades attacked lunchtime diners at the Chez Jo Goldenberg restaurant in downtown Paris. Six people were murdered, 22 were wounded. Among the fatalities were two women from Chicago: Grace Cutler, age 66, and Ann Van Zanten, age 31, a curator at the Chicago Historical Society.

In 2016, Zuhair al-Abbasi, one of the perpetrators of the Paris attack, was detained in Jordan because of an Interpol warrant. France asked Jordan to surrender him. Jordan refused, claiming the French-Jordanian extradition treaty went into effect only after al-Abbasi was arrested in Jordan.

Then why not extradite him to the United States? The U.S.-Jordanian extradition treaty has been in effect since 1995. But the Trump administration has never asked Jordan to hand over al-Abbasi.

Exactly 19 years to the day after the Paris attack, on August 9, 2001, terrorists bombed the Sbarro pizzeria in downtown Jerusalem. Fifteen people were killed, 130 wounded. Three of the fatalities were American citizens, including 15-year-old Malki Roth. Two of the terrorists were captured. One was 21-year-old Ahlam Tamimi. She confessed, was sentenced to 16 terms of life imprisonment, and then released in a 2011 prisoner exchange.

Tamimi settled in the Jordanian capital of Amman, where King Abdullah’s regime rewarded her with her own television show, called “Breezes of the Fire.” She repeatedly boasted on air about her role in the Sbarro attack.

Last year, the Trump administration finally unsealed a U.S. indictment against Tamimi that had originally been issued four years earlier. Why it took four years to unseal it was never explained.

When the indictment was unsealed, Tamimi was added to America’s Most Wanted list. Yet, no monetary reward was offered for her capture, as is routinely done in all such cases. It took an entire year of pressure by the Roth family to finally get the Trump administration to post a reward.

The Justice Department also belatedly issued a wanted poster with Tamimi’s photo. But it’s written in English, not Arabic. And it appears only on the department’s website, not in the streets of Jordan. It’s not even posted at the American embassy in Amman.

Indeed, the Justice Department has told the Roth family that if a bounty-hunter were to capture Tammy and bring her to the U.S. embassy in Amman, the U.S. would refuse to accept her because she must be transferred according to the extradition treaty. Talk about a Catch-22!

And so, the murderers of Americans continue to walk free in Jordan, the Jordanian regime continues to receive $1 billion in aid each year from the Trump administration, and justice continues to be trampled upon. 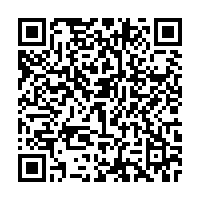