Rosh Hashanah has an obvious connection to God’s Kingship. We constantly refer to Him during the Asseres Yemei Teshuvah as Melech/King. The nusach of the tefillah, referring to Rosh Hashanah as “a remembrance of the first day” (of Creation), implies a certain dimension of divine kingship operating at the time of Creation and replicated every successive Rosh Hashanah.

Every morning we recite the hymn of Adon Olam, which reads: “Master of the universe, who reigned before anything had been created.” The obvious question: How is it possible for God to be King of subjects before they come into a created, existing state?


A feasible answer is to bear in mind that this question takes into account the dimension of time and therefore assumes that existing subjects must precede the development of kingship. However, we know God not only transcends time but that time, as well as space and matter, is a created dimension. Accordingly, God is King regardless of “when” the subjects reached a state of existence.

This can also be aligned with the explanation of Tosfos Yom Tov (Pirkei Avos 3:16), quoting R. Moshe Almushino, in the context of the seeming contradiction between God’s foreknowledge of all future events and man nonetheless having free choice: if God knows what I will do, how can I be blamed and punished for doing exactly that – since I seemingly cannot do but that which God already knows I will do?

The answer is that the seeming contradiction is applicable only within the time context, i.e. assuming God’s knowledge precedes my choice. The truth, however, is that God transcends time (combining past, present, and future as one), so that my choice and God’s knowledge come simultaneously. (R. Moshe Almushino reads this explanation in the words of Rambam, see ibid.)

There is an alternate answer, also alluded to in the above-referenced Tosfos Yom Tov: Just as when we refer to God’s Wisdom, Kindness, Compassion, Judgment, etc., we first must understand these terms on a human level and then attempt to extrapolate (partially) and grasp what God’s Wisdom and Kindness are really all about, we need to take the same approach to His Kingship.

We extrapolate from our initial understanding of a human king and his subjects – but we also realize His Kingship is of an altogether different nature. He therefore can be King even in the absence of subjects.

Now, if indeed God was King “before anything was yet created,” did some novelty nonetheless accrue to His Kingship through the process of Creation generating actual subjects? According to Torah sources, a novelty did occur: the novelty of newly created subjects, granted the ability to feel totally independent, with no “divine strings” attached and still acknowledging and accepting God’s Sovereignty.

This seeming dichotomy elicits a special Divine Delight. The delight is intensified when brought about by subjects residing in the lowest physical realm of this earth. If Creation were only needed to demonstrate God’s ability to create ex nihilo, it would have sufficed to create the spiritual realms of souls and angels. The creation of the lowest rung of material existence was needed to generate that special Divine delight.

It seems God has a special delight in His Infinity finding revealed expression within the lowest created sphere. Midrash Tanchuma Naso 16 puts it this way: “God desired to have a dwelling within the lowest spheres.” To achieve this, the King gave orders to his subjects to obey: Torah and mitzvot for Jews and the 7 Noachide Laws for gentiles.

Orders are an expression of will and desire and have to be observed fully, down to the smallest detail. As opposed to intellect and feelings, which can work on a partial level (I partially understand this or partially feel that), will usually operates within a total dimension: if you opt to disregard any small detail of my stated will, you have not fulfilled it even partially.

The benevolent divine King desired to give us, his subjects, an avenue of total connection. By doing this or that mitzvah/command/order, we are fulfilling His Will. Our intellectual and emotional connections to Him are only partial, but every action-based mitzvah offers a sense of total fulfillment of His Will (as expressed in the Torah).

At the beginning of Creation, moreover, this process started in an all-encompassing way, whereby God set in motion a system of His Delight being elicited by man’s actions and conduct, inclusive of the total acceptance of His Kingship.

Once started in this manner, it was then channeled separately into every single mitzvah act as a connection conduit. But since Rosh Hashanah is “a remembrance of the first day,” a similar all-inclusive reacceptance of the overall Godly Kingship has to again, year after year, take place – through our tefillos and tapping deeper within ourselves by hearing the sound of the shofar and the trumpeting of God’s Kingship over the entire world it represents. 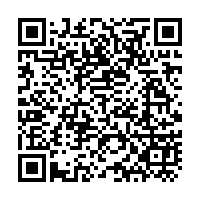