I understand that most American Jews do not want to hear this message, but there is no getting away from certain obvious political truths.

The progressive-left and the Democratic Party believe that the Jewish people of the Middle East, in the form of Israel, are not humane to the Palestinian-Arabs. What this means is that if the Democratic Party gains power in the forthcoming US midterm elections they will turn against Israel in a harsh manner, because they are already in the process of doing so. We can see this very clearly from the upcoming candidates that the Democrats are fielding.


In a recent piece for The Begin-Sadat Center for Strategic Studies, PhD student at the School of Political Science, Government and International Affairs at Tel Aviv University, Doron Feldman, tells us:

Israeli decision-makers must recognize what is happening in American society and politics and prepare strategically for the worst possible outcome. If the Democrats manage to overtake the Republican majority in Congress as a result of the midterm elections, Washington could significantly reduce its military and diplomatic involvement in the Middle East, perhaps even to the point that it ceases to function as a superpower in the region and in the world – a situation that would benefit Russia and China. In the longer term, Israel’s decision-makers must consider and prepare for the possibility that the midterms are a harbinger of the presidential election of 2020.

Although I agree with the overall assessment, I do not agree that a US cut in military assistance to Israel is necessarily bad for Israel or for the Jewish people. US Diplomatic involvement must be emphasized, but Israel has the capacity to take care of its own military needs. In fact, it would presumably improve Israel’s economy to transfer all Israeli weapons manufacturing from the United States to Israel, itself. The three billion per year that the United States spends on domestic weapons ear-marked for Israel is a tiny proportion of Israel’s overall economy. It does not even equal what PepsiCo just spent in its purchase of SodaStream.

Of more significance, however, is Feldman’s focus on what he calls the “leftist-socialist-progressive wing” of the Democratic Party. These are the people who, when they do not directly support antisemitic anti-Zionism, generally think that Arab violence against the Jewish minority in the Middle East is, at least, understandable. That is, they tend to view the tiny national homeland of the Jewish people as a European transplant onto “indigenous” Arab land while entirely forgetting that Arabs are from the Arabian peninsula and the Jewish people — who are tiny by number in comparison — hail from Judea, which is also known as Israel.

The Democratic Party, sadly, supports antisemitic anti-Zionism to the extent that it considers Israel a “colonial-settler” imposition onto a native people. Their problem is less anti-Jewish ill-will — from what I can tell, at least — than it is historical ignorance of thirteen centuries of Arab and Muslim imperial stomping on Jewish, Christian, and Zoroastrian faces.

But even in the unlikely event that the Democrats turn a cold shoulder to their anti-Zionists, it is increasingly evident that the Party is no friend to the Jewish people. Feldman writes:

Several individuals from the leftist-socialist-progressive wing of the Democratic Party are considering running for the presidency in 2020. They include Bernie Sanders, who won 43.1% of the vote in the 2016 Democratic primary, and Elizabeth Warren, who dubiously claims to be of Native American descent. Both these candidates have expressed anti-Israel positions. If they are elected, they can be expected to follow through on those positions, not only in terms of US policy but also at the UN.

On a less lofty level, we see Democratic Party friends of the racist Louis Farrakhan coming to prominence within the party. These include, but are not limited to, and in no particular order, Linda Sarsour, Tamika Mallory, Minnesota Rep. Keith Ellison, and California State Assembly hopeful, Alexandria Ocasio-Cortez, who, according to Ha’aretz:

In the midst of her primary campaign, Ocasio-Cortez spoke out strongly against the Israeli army’s actions on the Gaza border on May 14, tweeting, “This is a massacre. I hope my peers have the moral courage to call it such. No state or entity is absolved of mass shootings of protesters. There is no justification. Palestinian people deserve basic human dignity, as anyone else. Democrats can’t be silent about this anymore.”

The obvious political trend on the American-Left and the Democratic Party vis-à-vis the conflict is increasingly friendly toward the hostile Muslim majority in opposition to the well-being of the Jewish minority in the Middle East. As Feldman points out, even if the moderate Hillary / Biden wing of the Party comes to prominence, the emerging hard-left is forcing them into a crusty, pro-Oslo, intransigent stance on Israel along the line of Obama’s Middle East policies.

Progressive-left Democrats think of Israel as a racist, colonialist, settler-state and have little sympathy for it if they even believe it should exist at all. The moderate Democrats merely believe that the Jewish people must be leashed. The “moderates” believe that it is the Jewish presence in Judea and Samaria, our indigenous homeland — what they insist upon calling “West Bank” and, thereby, erasing Jewish heritage — that is the fundamental problem.

What we need to do is stand up for ourselves and insist upon the fact of Jewish indigeneity to the Land of Israel.

At the end of the day, it is our first and final home and if the Jewish people will not stand up for ourselves, nobody else will. 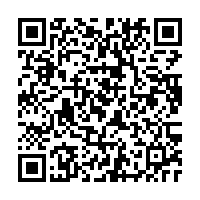