The prospect of Joe Biden’s entry into the White House on January 20, 2021 is raising severe anxiety among leaders in Sunni Arab countries classified as moderate. Their immediate concern stems from his publicly declared commitment to return the US to the JCPOA. This is intended to include the lifting of sanctions imposed on Iran by the outgoing Trump administration as a “starting point to follow-on negotiations.”


According to The New York Times (December 2, 2020), Biden believes returning to the deal will be “the best way to achieve getting some stability in the region.”

Furthermore, incoming US Secretary of State Anthony Blinken, National Security Advisor Jake Sullivan, and environment tsar John Kerry all worked closely with Iranian officials during the two years of negotiations that led to the concluding of the Iran nuclear deal on July 14, 2015.

The foreign policy of the Trump administration offered support to the leading Sunni regimes, particularly Saudi Arabia and Egypt, according to a realpolitik approach based on practical interests.

The return of a Democratic administration to Washington is therefore perceived by Riyadh and Cairo as a nightmare. The expected return of “politically correct” values to the center of the US foreign policy agenda, including an emphasis on human rights and possible demands for democratization as a condition for maintaining special relations with Washington, conjure the ”dark era” of the Obama administration.

In an attempt to influence President-elect Biden and his entourage, Abdallah Mouallimi, Riyadh’s UN envoy, said no one should be so “naïve” as to reenter the former Iranian nuclear deal. In an interview with Fox News on November 23, the Saudi diplomat asserted that the world has witnessed the deal’s failure and there should be no going back to the old arrangement.

Mouallimi called for a different deal—one that would include Saudi Arabia and not be limited to curbing Iran’s nuclear ambitions but would also tackle its missile program and material support for proxy groups. Saudi FM Prince Faisal bin Farhan said, “[P]rimarily what we expect is that we are fully consulted, that we and our other regional friends are fully consulted in what goes on vis-à-vis the negotiations with Iran.”

The most direct voice on this issue was that of Saudi Arabia’s former intelligence head, Prince Turki Faisal, who directly cautioned Biden: “Mr. President-elect, do not repeat the mistakes and shortcomings of the first deal. Any non-comprehensive deal will not achieve lasting peace and security in our region.”

In a speech to the National Council on US-Arab Relations in Manama on December 6, the prince said, “Iranian disruptive regional behavior in Iraq, Syria, Yemen, Lebanon, and Saudi Arabia, by attacking directly and indirectly the oil installations, is as much of a threat as is its nuclear program.” He warned Biden against repeating past “mistakes” and firmly recommended that any new deal include all issues of concern, meaning Washington’s friends and allies need to be part of the negotiations.

At the same time, it appears that the status of Saudi Crown Prince Muhammed bin Salman (MBS), often described as the power behind the throne of his father Salman, is shaky. He is considered to bear the “mark of Cain” for his part in the assassination of Washington Post journalist and Saudi dissident Jamal Khashoggi in Turkey in 2018 and is likely to be treated by the Biden administration as an outcast. During the Trump administration, MBS was considered an essential figure in US policy in the Persian Gulf.

The advent of the new administration in Washington is also a red alert for Egyptian president Abdel Fattah Sisi. The scenario that worries him most is a return of American sympathy for the Muslim Brotherhood in Egypt. This would be a resuscitation of the spirit of the Obama administration, which supported the presidency of Muhammad Morsi after the deposing of Hosni Mubarak.

A clear indication of Egypt’s unease was a special column published on December 10, 2020 in Al-Ahram Weekly, considered the regime mouthpiece. The columnist, Ezzat Ibrahim, was the paper’s correspondent in Washington when the January 25, 2011 revolution broke out in Egypt during the “Arab Spring.”

Echoing Sisi’s mindset, Ibrahim expressed the fear that after the US inauguration, the Brotherhood will try to present itself anew to the incoming Democratic administration by playing on the idea that current events in Egypt are undermining “moderate currents” within the group and are weakening it as a “firewall against extremism.” He reminded readers that a group from the so-called Egyptian Revolutionary Youth Coalition that included well-known figures from the revolution was received in Washington in October 2011, including at the State Department. This was part of former US Secretary of State Hillary Clinton’s policy of promoting dialogue with the Muslim Brotherhood.

Ibrahim concluded his piece with a stark warning: “Should [the Brotherhood] be successful in promoting such false ideas, this will only strengthen the threat of terrorism and embolden fanaticism and separatism within Muslim communities in the West.”

It should be noted that the incumbent Egyptian regime was behind US Republican senator Ted Cruz’s initiative to reintroduce a bill in Congress this year to designate the Muslim Brotherhood a terrorist organization in the US and demand that the State Department provide evidence for the inclusion of the group on its list of organizations supporting terrorism.

As of today, it appears that Biden is committed to the project of reversing Trump’s and Pompeo’s foreign policy positions regardless of facts on the ground. While Biden claims to want a foreign policy that looks to the future, not the past, his advisors are eager to persuade him to prioritize an American return to the JCPOA. They are discussing Biden’s possible signing of a presidential executive order revoking Trump’s executive order of 2018 and empowering the Secretaries of State and the Treasury to start lifting nuclear-related sanctions.

Former EU foreign policy chief Federica Mogherini made the point on November 22 that “We have just a few months between [US] Inauguration Day, 20th of January, and the presidential elections in Iran in the middle of June.” She said both Iran and the new US administration will need to work within a multilateral process rather than act unilaterally.

Former leading US nuclear negotiator Wendy Sherman expressed serious concern that the Iranian presidential elections in June 2021 will bring a clerical hardliner to the top, enabling Khamenei to have full control of the leadership in Tehran. She considers it vital to take advantage of the short window of time available to influence the sentiment of the Iranian people.

There are growing indications that the foreign policy of the new US administration will prioritize the Middle East. The idea that Biden will overturn all Trump’s policies is an exaggeration, but it is clear that the leading Arab moderate states, Saudi Arabia and Egypt, will no longer enjoy the carte blanche they were given by the Trump administration. The gravity of the concerns of these traditional US allies is fully justified. Their leaderships should initiate an urgent dialogue with the upcoming US administration in order to protect their critical interests in the region. 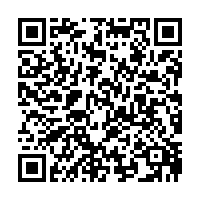