The European Union recently decided to give 18 million euros ($20.7 million) in aid to Iran to “offset the impact” of US sanctions in the wake of the United States’ withdrawal from the Iran nuclear deal. Europe is keen to salvage the 2015 agreement, which has allowed European states to enter into multiple billion-dollar deals with the Iranian regime – extremely lucrative deals that are now at risk.


Europe always pretends to care deeply about human rights and routinely condemns Israel, which it falsely claims to be breaching those human rights. It is therefore relevant to look at the nature of the Iranian regime that Europe is aching so much to continue doing business with – does Iran in any way live up to the lofty human rights ideals that Europeans claim to want to protect?

Iran is a US designated state sponsor of terrorism, which poses a significant threat not just to Israel – which it has sworn to annihilate – via its terrorist proxies Hamas and Hezbollah, but to the West and large parts of the world as a whole. Iran even recently admitted that it knowingly helped al-Qaeda terrorists — including some of the 9/11 attackers — travel secretly through the Middle East before 9/11. As recently as June, Israel’s Mossad thwarted an Iranian terror plot to bomb an Iranian dissident conference in a Paris suburb. An Iranian diplomat at the Iranian embassy in Vienna led the terror plot.

Iran is a fascist state held in an iron grip under sharia (Islamic) law, where stoning, hangings, and executions are legal. Iran leads world statistics in number of executions, especially executions of juveniles, and lack of due process of law. Human rights are brutally crushed every single day as a matter of fact, especially the human rights of women, who hold a special place of denigration under the mullah’s regime (notably, nobody talks about ‘toxic masculinity’ when it comes to the misogynistic rule of the Iranian theocratic government).

A woman in Iran is de facto first her father’s property, then after marriage, her husband’s property. The legal age of marriage for girls is 13, but girls as young as nine may be married by permission of a court. Young women are arrested for daring to dance or for removing their hijabs. When arrested, they suffer unspeakable torture in prison. Rape is commonly used as torture (against both women and men) and forced “virginity testing” is also commonly used in prison, a serious violation of international law.

The Iranian regime, however, is not only deeply hostile to women, but also inherently discriminatory to anyone that does not conform to its Islamo-fascist ideology. Recently, an Iranian court sentenced 12 Christians to one year in prison for holding worship meetings and evangelizing — crimes that Iran considers to be “Zionist propaganda activities.” Gays are hung to die from cranes and political prisoners routinely incarcerated and executed.

All this is without even mentioning the fact that Iran, instead of taking care of its own population’s most basic material needs, spends its money on its regional and global ambitions of spreading the Islamic revolution.

This summer, Iranians finally felt emboldened to begin new protests against the oppressive regime. The US sanctions help the protesters, because they increase the international pressure on the mullah regime. “Foreign aid from European taxpayers perpetuates the regime’s ability to neglect the needs of its people and stifles meaningful policy changes,” Brian Hook, the U.S. special representative for Iran, said in a statement about the EU’s decision to give Iran financial aid.

The EU’s aid is an unambiguous signal that the EU has chosen to support the Islamo-fascist mullahs against the Iranian people and everyone else that the regime targets. Ironically, that would include Europe itself, which the Iranian regime is able to reach with its intercontinental ballistic missiles. 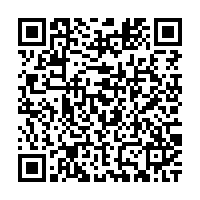