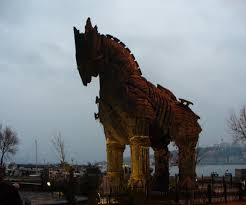 Editor’s Note: This is part II in a series from Dr. Grobman. You can read Part I , here

The danger of foreign spies illegally entering the US seemed credible to Americans for a number of reasons according to historian Francis MacDonnell. America is a vast country with highly porous borders enabling enemy agents unhindered mobility without arousing suspicion. America’s diverse population might also allow an adversary to foster internal disruption by employing a divide and conquer strategy. Because of the numerous blend of races, religions and ethnicities, the fear that some individuals might be loyal to un-American beliefs, or a foreign nation always existed. Even patriotic Americans might be manipulated or coerced into spying for the Nazis after being warned that their relatives still trapped in Europe would be hurt or worse.


In an address to Congress on May 16, 1940, President Franklin D. Roosevelt warned “We have seen the treacherous use of the ‘fifth column’ by which persons supposed to be peaceful visitors were actually a part of an enemy unit of occupation. Lightning attacks, capable of destroying airplane factories and munition works hundreds of miles behind the lines, are part of the new technique of modern war.”

In his fire chat of May 26, 1940, he said: “Today’s threat to our national security is not a matter of military weapons alone. We know of new methods of attack. The Trojan Horse. The Fifth Column that betrays a nation unprepared for treachery. Spies, saboteurs and traitors are the actors in this new strategy. With all of these we must and will deal vigorously…. As a result of these new techniques, armament programs may be dangerously delayed. Singleness of national purpose may be undermined. Men can lose confidence in each other, and therefore lose confidence in the efficacy of their own united action. Faith and courage can yield to doubt and fear. The unity of the State can be so sapped that its strength is destroyed.”

In the Secret Diary of Harold L. Ickes: The Inside Struggle, 1936-1939, U.S. Interior Secretary Harold L. Ickes wrote on September 9, 1939, that “The President related to us that someone who knew [Joseph] Goebbels [Reich Minister of Propaganda] well had talked to him recently and had just brought back word to the President of what was running in Goebbels’ mind. That gentleman believes that Germany will overcome Poland within a few days and will then quickly smash both France and England, largely from the air. His interlocutor asked him: ‘what next?’ Goebbels is said to have replied: ‘You know what the United States is next.’  He was told that he could hardly expect to conquer the United States from a distance of thirty-five hundred miles of ocean. Goebbels’ reply was: ‘It will come from the inside.’”

Ickes concluded with his own observation: “I haven’t the slightest doubt that if Hitler should smash France and Britain before being bled white, he would next turn his attention to the richest country in the world and therefore the greatest prize of a conqueror, the United States.”

The Fall of France:

The fall of France, within five weeks between May 26 and June 1940, led many contemporary observers to believe that internal elements within France had fomented discord leading to the country’s defeat historian Richard Breitman said. In FDR and the Jews, historians Breitman and Allan J. Lichtman point out that William Bullitt, American ambassador to France, added credibility to this charge, when he blamed the Nazi and communist “Fifth Column” for the overthrow of the French government. After returning to the U.S. in the summer of 1940, he shared his concerns with the highest members of the American government.

In A World at Arms: A Global History of World War II, historian Gerhard l. Weinberg dispelled the myth of the “Fifth Column,” when he explained that although some French military units fought courageously, the “shrewd and daring handling of the concentrated German armored formations, effectively supported at critical moments by tactical employment of the German air force, gave major impetus to this victory.”  Additionally, critical errors by the French command in terms of troop deployment, and failure to hold troops in reserve, prevented the Allies from halting the German army, once they discovered what was transpiring.

After the Nazi conquest of Norway in April 1940, many observers throughout the world viewed Hitler’s swift victory not as the result of Germany’s military competence, but because of a “Fifth Column” composed of spies, and sympathizers who undermined Norway from within according to historian Francis MacDonnell in Insidious Foes: The Axis Fifth Column and the American Home Front. This explanation gained credibility in Europe, North America and South America.

MacDonnell quoted Leland Stowe, a Pulitzer Prize winning correspondent for the Chicago Daily News, who reported on the Nazi conquest of Norway. In a dispatch on April 14, 1940, Stowe wrote: “Norway’s capital and great seaports were not captured by armed force. They were seized with unparalleled speed by means of a gigantic conspiracy which must undoubtedly rank among the most audacious and most perfectly oiled political plots of the past century. By bribery and extraordinary infiltration on the part of Nazi agents, and by treason on the part of highly placed Norwegian civilians, and defense officials, the German dictatorship built its Trojan Horse.”

As a result of Stowe’s article, press reports in the U.S. focused on Norway’s Fifth Column as the reason for Germany’s success, and not on the country’s military skill. German agents were said to have entered Norway disguised as students. Time magazine asserted that Norway’s ports of entry such as Oslo and elsewhere “were betrayed from within by their sworn defenders before the people knew what was happening.”

An article in the Reader’s Digest of January, 1939 revealed another strategy Germany used to undermine their prospective enemies. The magazine observed the Nazi scheme “successful in Germany, Austria, and Czechoslovakia is to stir up dissatisfaction and internal dissension, then to step in, and through the German minority they control, to dominate the chaos they created.”

MacDonnell said fifth column hysteria occurred in the US after the defeat of Norway in April 1940, Holland and Belgium in May and France in June. Americans began to discern a pattern from the collapse of these countries. “Hitler’s Trojan Horse tactics” were seen as Hitler’s preferred modus operandi.

The fear of the Trojan Horse was echoed by Roosevelt, the Congress, the intelligence community, and a number of members of his administration. “Motion pictures, novels, pulp fiction, comic books, and posters contributed to this hysteria,” noted MacDonnell. In 1940, Texas representative Martin Dies Jr. (D), who chaired the House Un-American Activities Committee published his book The Trojan Horse in America: A Report to the Nation.

Walter Winchell, an American newspaper and radio gossip reporter, was one of a number of broadcasters, who helped fan the flames of fake accounts of German sabotage through his columns that were syndicated throughout the world. His blunt and theatrical delivery elicited fear that profoundly disturbed the U.S. Attorney General Robert Jackson. 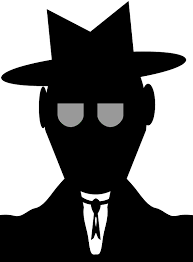