From the recordings of former Defense Minister Ehud Barak, we can conclude that Israel’s security chiefs – all of them – IDF, Mossad, Shabak – represent a strategic threat to Israel’s security.


On the eve of the Six Day War, Israel was facing an existential threat. PM Eshkol and his cabinet deliberated. The security apparatus had planned a scheme that was wild by any measure – to send Israel’s entire air force – in total radio silence – to fly tree-height on a long flanking trajectory that would use every bit of the planes’ fuel – and to attack the Egyptian Air Force from Cairo and not Tel Aviv. Then, the planes were to return, fuel up and start the war.

It was a mad gamble that could easily have left Israel with no air force, making it a soft target for the Arab armies aligned at its borders.

The cabinet hesitated, deliberated – and the generals pushed to go through with the plan. They convinced the government ministers that it was possible, projecting self-confidence and high morale. At a certain stage, they even threatened to quit if they would not be allowed to attack.

Each side performed its real duty. The civilian leadership weighed all the factors, though and then thought again. The military leadership was raring to go and gave the Nation’s leaders the confidence and tools to implement their plan.

The Barak tape makes it clear (endorsing what I have been saying for a very long time) that today, the situation is just the opposite. Even when the civilian leadership already understands that there is no choice but to attack, the security horses – not only do not lunge forward but on the contrary – dig their hooves deep into the ground – like stubborn mules.

The problem here is not corruption or lack of good will. Likewise, it is not because the top security chiefs lack experience, personal talent or impressive records of self-sacrifice and personal action. The problem is that the “peace industry”, which developed parallel to the Oslo Accords, entangled the State of Israel in a thick, impermeable layer of politicians, judges, legal advisors, creators, media personalities, businesspeople and more who serve the new agenda. They are tools in the hands of the new consciousness, the new ‘politically correct, which identifies any identity or meaning as the enemy.

The peace industry focused first on Israel’s security apparatus. From the very begin of the Oslo process, the peace industry made sure to incorporate senior security officials for meetings and discussions with the terrorist chiefs committed to destroying Israel.

Whoever did not cooperate – was filtered out of the system.

Whoever bent his head and went along with the hoax – was promoted.

All the basic truths that had been the guiding light for the security apparatus until then: Zionism, love of the Land, justice of the cause and more – were obliterated. Has anybody recently heard a senior IDF official use the word, “victory”?  All that you will hear from them is “fulfilling our duties”.

The IDF, the Shabak, the Mossad and Israel’s Police have all become some sort of neutral force to ‘keep the peace.’ They do not represent any type of ideal or any morsel of justice.

When Tel Aviv endured rocket attacks last summer, I asked the Chief of Staff (whom I respect – and judging by the declarations that he has recently made, seems to be catching on to the existence of the problem) – who is the enemy? Eisenkott was not able to give a clear answer. 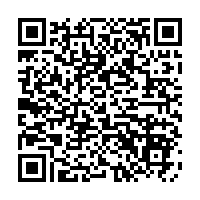