“A liberal is intolerant of other views. He wants to control your thoughts and actions.” — President Lyndon B. Johnson, 1967.

Johnson, the Texas Democrat who extended Franklin D. Roosevelt’s New Deal with his own Great Society, was an old-school liberal, certainly on domestic policy. The political activist-agitators LBJ impugned then as “liberals” are today’s progressives—one might even call them reactionaries of the left.


Epitomizing them is Saikat Chakrabarti, the outgoing chief of staff for freshman Rep. Alexandria Ocasio-Cortez (D-N.Y). Chakrabarti recently starred in a Washington Post article. The spotlight left a key to the influential staffer’s undemocratic mentality in shadows.

Chakrabarti, 33, acknowledged “The interesting thing about the Green New Deal,” Ocasio-Cortez’s multi-trillion dollar zero-carbon emissions mirage, “is it wasn’t originally a climate thing at all… Because we really think of it as a how-do-you-change-the-entire-economy thing.”

He evidently wants to change the U.S. economy — the freest and most prosperous on the planet; that has lifted a great number of people out of poverty, and that currently enjoys low unemployment, low inflation and higher wage growth—for a government-centric model known to have succeeded nowhere. Why?

A Harvard University computer science graduate and former hedge fund employee, Chakrabarti moved to San Francisco in 2009 and co-founded a tech company. According to the Washington Post:

“… San Francisco was a shock. ‘You see, like, holy crap, is this the dystopian future we’re signing up for?’ he says. ‘I mean, it’s just huge amounts of wealth and some very rich people, and then just poverty and homelessness very visually and very viscerally… [W]hy is it that as our society is progressing … things seem to be regressing and getting worse for a large number of people?'”

Chakrabarti seems to have deduced two things. First, he saw a glass largely full and still filling but for some still empty, and concluded he must first shatter the glass. After that, he apparently failed to consider that the dystopian streets of San Francisco — homeless people living in tents and defecating on sidewalks near high-rent high-rises, and the middle class and affordable housing squeezed by heavy taxes and constrictive zoning — might be a result of local “progressive” politics. The problem is that if his “change-the-entire-economy-thing” would ever be imposed, America as a whole might resemble those dystopian streets. If Soviet Russia, Cuba or Venezuela come to mind, consider India before 2014, when its prime minister, Narendra Modi, was elected.

Where Chakrabarti got his social-economic blinders tells us something about his, and the progressive movement he helps lead, especially its economic prescriptions and intolerance of dissent.

In January 2019, the writer Ananya Dasgupta “noticed something interesting” in one of Ocasio-Cortez’s Instagram posts:

“A video of a scruffy-looking young man, wearing a moss green t-shirt with Netaji Subhas Chandra Bose’s face embossed on it. My Bengali Leftist sentiments were immediately jolted awake.”

Bose? Bose, it turns out, was an Indian nationalist who opposed Mahatma Gandhi on non-violence and other policies and was pushed from the Indian National Congress Party’s leadership. Vehemently anti-British, he spent World War II collaborating first with Nazi Germany, and later with Imperial Japan. His vision of socialism for India attempted to combine elements of Hindu spiritualism, authoritarianism, and centralized industrial planning.

According to Dasgupta, it was Chakrabarti, late of Senator Bernie Sanders’ 2016 Democratic presidential primary campaign, who made Bose his T-shirt fashion statement.

“While working on the Sanders campaign, Chakrabarti met Alexandra Rojas and Corbin Trent. Together they co-founded Justice Democrats, a political action committee whose one-line introduction says, ‘Our time – it’s time to usher in a new generation of diverse working class leaders into the Democratic Party…’

“Justice Democrats and Brand New Congress, a similar committee also co-founded by Chakrabarti, worked together to recruit candidates by engaging with the masses.”

While Chakrabarti worked as Ocasio-Cortez’s campaign manager and Justice Democrats endorsed the other members of the self-named “Squad” — freshmen Representatives Ilhan Omar (Minn.), Rashida Tlaib (Mich.) and Ayanna Pressley (Mass.) — they energized the Democratic Party’s leftist wing. “Chakrabarti,” Dasgupta says, “is perhaps a die-hard socialist and his pet project seems to be the Green New Deal, an 11-page Google document…”

Dasgupta wonders: “At a time when the Bengali Leftist movement is at its lowest at home, is it seeing a revival at the center of the bastion of Capitalism?” Could be — many Democratic presidential primary candidates endorsed the Green New Deal, regardless of its apparent requirement of trillions of dollars in new taxes and the assurance of “equality” — but, save for the few political leaders and their friends and family at the top — in equal poverty, actually destitution, for everyone else.

The rest of LBJ’s 1967 observation about liberals was “you know the difference between cannibals and liberals? Cannibals eat only their enemies.”

In tacit confirmation, Chakrabarti told Politico, “there’s going to be a war within the party: ‘We are going to lean into it.” He blamed “radical conservatives” for blocking sweeping environmental legislation, “Medicare for all,” abolition of the U.S. Immigration and Customs Enforcement and providing free college education. An imaginative young man, Chakrabarti discerned non-existent “radical conservatives in the Democratic Party… who are holding the party hostage.”

Fighting the intra-party war in June, Chakrabarti, according to Kimberley Strassel in the Wall Street Journal, “accused moderate Democrats who backed a compromise border-spending bill of ‘being hell bent to do to black and brown people today what the old Southern Democrats did in the ’40s.'” Moderation? Compromise? A free economy, in which countless healthy, growing businesses can spring up and actually hire countless people, and that way offer economic advancement for everyone? Not for Bose in the 1940s. And not, it seems, for today for many who have not looked at how socialism really works — or unfortunately does not work.

(Eric Rozenman, the author of Jews Make the Best Demons: ‘Palestine’ and the Jewish Question, is based in Washington D.C.) 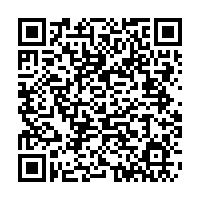