As an example of what the insightful commentator Melanie Phillips referred to as a “dialogue of the demented” in her book The World Turned Upside Down, Palestinian Authority President Mahmoud Abbas is continuing a long tradition of attempting to de-Judaize Jerusalem by expressing his mendacious notion that, as he put it, “Jerusalem has a special flavor and taste not only in our hearts, but also in the hearts of all Arabs and Muslims and Christians” and “Jerusalem is the eternal capital of the Palestinian state and without it there will be no state.”

The same scholar of history who wrote a doctoral dissertation that questioned the extent and truthfulness of the Holocaust was now making his own historical claim that there had never been a Jewish presence and history in the world’s holiest city.


In recent weeks Abbas has been at it again, adding new layers of rhetoric to his tactical campaign to de-Judaize Jerusalem in general and the Temple Mount in particular. In an October PA TV broadcast, Abbas made the breathtakingly absurd claim that Jews not only had no historic claim to the Temple Mount, but that they also should never even be allowed to have their presence known at that location.

Only in an alternate, Orwellian universe could one group of people on earth – Jews – be enjoined from praying on the single site most holy to their faith, and, moreover, be told their presence there is not only provocative but repugnant and befouls the very ground on which those of another faith – Islam – have staked a triumphalist religious claim.

This attempt to airbrush out a Jewish presence from Jerusalem – in fact, all of historical Palestine – is not a new message for Abbas. In 2000 he expressed similar contempt for the idea that a Jewish Temple had ever existed on the Temple Mount and that, even if it had existed, the offenses committed by Israel against the Palestinians negated any claim Jews might have enjoyed, absent their perfidy.

Judging by the October 30statement by U.S. State Department spokesperson Jen Psaki, forgetting the past is something in which the John Kerry’s office is also complicit. “We’re extremely concerned by escalating tensions across Jerusalem and particularly surrounding the Haram al-Sharif, Temple Mount,” Psaki said, referring to the Temple Mount by its Arab name first and thereby fortifying, and seeming to lend equal weight to, the Palestinians’ spurious claim to spiritual and territorial rights to the site, and to the wider area described now as East Jerusalem.

But in characterizing East Jerusalem – or any part of Jerusalem, for that matter – as territory that Israel “occupies” but over which it enjoys no sovereignty, Abbas and the State Department are misreading, once again, the content and purpose of 1967’s UN Security Council Resolution 242 that suggested Israel’s withdrawal “from territories” (not all territories) it won in the Six-Day War.

Critics of Israeli policy who either willfully misread or deliberately obscure the resolution’s purpose say Israel is in violation of 242 by continuing to occupy the West Bank and Jerusalem, including what is spuriously now referred to as “Arab” East Jerusalem. But the drafters of Resolution 242 were very precise in creating the statute’s language, and they never considered Jerusalem to have been occupied by Israel after the Six-Day War.

The true danger of what Palestinians think about Jerusalem – and, indeed, about all of the Palestine they covet, including Israel itself – was revealed in Yasir Arafat’s own words, expressed back in July 2000 in the newspaper al-Hayat al-Jadida, when he threatened: “They can occupy us by force, because we are weaker now, but in two years, ten years, or one hundred years, there will be someone who will liberate Jerusalem [from them].” 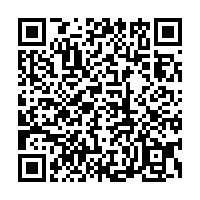