One of the hottest topics across all spectrums in the Jewish community is the financial sustainability of Jewish day school education in America. Schools have invested a lot of time and resources to train their professionals in the art of fundraising, developing donor relationships, and launching effective capital campaigns. And there has been a concerted effort among Jewish educational organizations to establish programs to assist day schools in improving their governance and developmental practices.

In early 2011, the AVI CHAI Foundation, along with local foundations and federations in various Jewish communities, provided support to Yeshiva University’s Institute for University-School Partnership (YUSP) to launch a broad-based program to improve growth and performance. The goal of the program was to collect data from a pool of approximately 35 schools and then use that data as a comparative benchmarking tool to identify opportunities for revenue enhancements and expense reductions at a minimum of 10 percent of their respective budgets. Collectively these schools have a budget of $225 million, so a 10 percent improvement translates to $22.5 million.


In addition, Torah Umesorah is scheduled to begin a training program to educate yeshiva day school executives in effective leadership and management skills, including an emphasis on board development and fundraising.

And the Partnership for Excellence in Jewish Education (PEJE) recently announced the launch of MATCH, for the fourth time since 2004. This program, which went into effect on August 1, is designed to strengthen Jewish day schools by broadening the community of donors. To accomplish this, the program provides first-time donors the opportunity to leverage a donation of $10,000 or more at a matching rate of 50 cents to the dollar, up to $50,000.

These approaches are highly innovative and have the potential to be successful and helpful to many schools. However, programs that focus on fundraising and development can only be effective if there are no cracks in the school’s administrative foundation. A ship can only set sail once there are no leaks in its hull; otherwise it will not get very far.

I know of a school that found itself in dispute with local storekeepers for thousands of dollars in merchandise. There was general confusion concerning what was purchased and what was owed. As is the case with many schools, principals and teachers would purchase goods on credit, often forgetting to submit the bill to the finance office. At other times, the stores would mail the invoice to the finance office, which was unaware a purchase had been made. The invoices would not be paid right away so the store would then fax in the invoice. Over time, no one knew what was ordered, what was actually received, or what was paid. Sometimes the same invoice would be paid twice, even three times.

All this could have been avoided had some simple and easy internal controls been in place. Ultimately, that is exactly what the school did. First, it authorized one person to do all the purchasing of goods and services for the school and put a strict ban on all staff from making any purchases on credit. A letter was then sent to local stores informing them of this new policy. Storeowners were warned that if they accepted a purchase on credit from anyone other than the school’s authorized purchaser, they would be sent a tax receipt for the “donation.” Faxes would no longer be accepted either. Payments would only be made from the original invoice.

A requisition form was also introduced for all purchases of goods and services. Approval from the executive director was required before any purchase was made. When goods arrived at the school, they were counted and matched to both the invoice and the approved purchase requisition form. The school’s administrators were surprised to see how many times the quantity of items stated on the invoice was greater than what was actually received. A lot of money was saved by catching these errors. Even the shopkeepers were happy when they started getting paid on time.

To be clear, there are a great number of schools that do operate at a very high level of competency. Their administrations take seriously their fiduciary duty to parents and donors to operate their schools in the most professional and financially efficient manner. They have their finance offices humming along like well-oiled machines and their lay leadership is to be commended. For these schools, the YUSP benchmarking and strategic planning program, as well as other pioneering programs, would not only work but could ensure their viability and sustainability for decades to come. 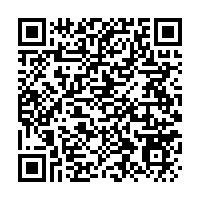