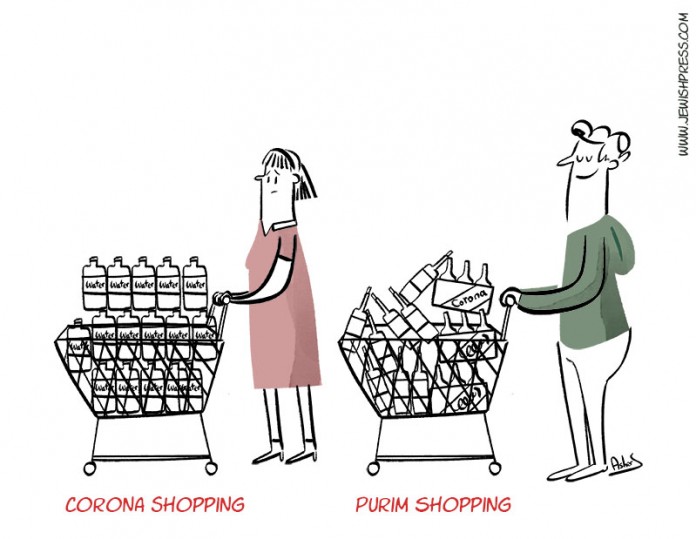 We are at war!” – French President Emmanuel Macron dramatically stated while addressing his nation on Monday night. Macron, despite not facing three indictments, went on television, without a doctor at his side, twice in five days, to tell the people of France who elected him: “Decisions like these have never been made in peacetime.” The coronavirus has hit Europe, which in the name of open borders (that it still supported on March 13!) stuck its head in the sand, up until the virus separated the countries of the European Union on its own.


It was only natural for the young French president to quarantine his citizens similar to Italy and Spain. The French, utterly desireless to do so, gave up their liberty in exchange for solidarity. In fact, the element of equality becomes an almost necessary outcome: Even those who can afford it give up the croissant.

Europe was late to grasp the magnitude of the virus. This tardiness not only cost the old continent in lives (Italy), it has also exacerbated the task of rehabilitation. If only we could get to the rehabilitation part though. We’re still in the early stages of this challenge. This is a crisis with different chapters. Even the experts don’t know what the final chapter will look like. There has to be a positive ending, otherwise we won’t know the end of it.

Here in Israel, incidentally, the virus came up on the radar in time. A week before the March 2 election, in a briefing on global current events, the prime minister said, “People’s lives aren’t a game.” Today, too, we still know little about the virus. At the time we knew even less. There were no cameras around, and I wouldn’t even be mentioning the things he said were it not for everything I’ve heard in recent days from colleagues, as if the prime minister exaggerated the coronavirus crisis. The truth is that in Israel the reaction was quick and serious. Of course this doesn’t mean that everything is perfect and that this immunizes us from a harsh price we might all have to pay. But swiftly understanding the devastating potential of the virus on our daily lives, the ensuing collective effort and our considerable capabilities will clearly help us a lot in the coming weeks. Excuse me, months. The battle against the coronavirus is a marathon. As a society we prefer the 100-yard dash. This is just part of the problem.

Because this is Israel, I have to risk committing religious coercion (while it’s still not a crime) to note that in all our holidays, we, the Jewish people, commemorate our salvation from a bitter and cruel enemy that seeks our demise. This time, however, even though this is a new and unfamiliar enemy, we are not alone in the fight. Even the Iranians are on our side. The coronavirus, on one hand, exposes the shortcomings of globalism, but on the other hand, it unites us and sends us all to our homes. In the words of the prime minister: To love is to keep a safe distance.

There’s never a good time for something like the coronavirus. We simply are not programmed to think and behave in ways the virus dictates. Think of the younger generation – those who don’t know restrictions; for whom wealth doesn’t equate to happiness, for whom independence is most dear; now riddled with restrictions due to the virus. Moreover, this virus is forcing us to think together, and now the generation educated on individualism needs to change its thought patterns. Not only that, this Google generation has grown up knowing it can immediately find an answer to any question – and suddenly there are no answers. What do they do?

They do exactly what their grandparents did, and what we did when we were young: eat at home, connect with family, strengthen kinship, unite, suddenly have time to listen to our partners because there are no sports on television, and enjoy far more quality time with the kids because classes are canceled and school is out.

In days such as these, we understand just how good we mostly have it, even though we love complaining so much. What wouldn’t we give to just to sit at a cafe or watch some soccer with friends, or simply shake hands? From all our complaints, God or nature or both paid us a visit to remind us that our world isn’t so bad after all.

“Acknowledging the good” it’s called, or, if you will, the miracle of routine. In another month or two, maybe more, all this will be behind us, and the world might not be the same. The pessimists among us believe everything will be broken, the middle class in shambles, entire industries gone, unable to recover from the devastating blow, and there are even those who envision a type of Marshall Plan, not implemented by the Americans but the Chinese.

But it’s also possible to view the future with optimism: We will learn to appreciate what we have; return to devoting time to our families and home; maybe consume less unnecessary things; and learn to enjoy the outdoors. We’ll return to our roots, if you will, the coronavirus will make us more humble, more loving, more devoted, perhaps even more observant.

On July 20, 1969, we took one small step on the moon, which was one giant leap for mankind. In November 2019, the coronavirus spread across the planet, forcing the entire world into quarantine and mainly bringing all of humanity back down to earth. More than ever now, we feel the end of an era is upon us. We have taken to quoting Stefan Zweig’s The World of Yesterday. The coronavirus is expediting our transition to the next era – faster, deadlier, crueler.

But the word “liberty” will have a different meaning when this is over. We will learn to appreciate our annoying routine. And to think that the two cities I visited with my family since the beginning of the new year were Rome and Madrid. The enchanting city of Rome, which I hadn’t seen in 40 years. Who could have believed that two-three weeks later these two capitals would be on the front line of the war on the coronavirus. To think I once thought to visit Tehran, Libya and Beirut was dangerous.

It only goes to show our generation, yet again, that anything is possible, and anything could still happen. We witnessed the collapse of the former Soviet Union, the September 11 attacks, Yasser Arafat winning the Nobel Peace Prize, European warplanes bombing the heart of Europe (Kosovo), the assassination of an Israeli prime minister and an Egyptian president overthrown by his people; and in South Africa the election of a black president. We thought we’d seen it all. And then came the coronavirus to teach us that everything we thought could happen – is happening. It’s okay, therefore, to be concerned and to do everything to protect what we have, and mainly to appreciate it.

In the meantime, my mind drifts to Essex and Joya, which I visited in Madrid, or the spirit of Marcus Aurelius, wandering the empty streets of Rome. I assume that Aurelius, with his patented stoicism, would have contributed solutions. But we, the human animals of the 21st Century, thought we had found the formula for complete control. Then the coronavirus came along to inform us that Google is not all-knowing. The Tower of Babel, the 2020 version. Perhaps we were too arrogant. Too confident. Too adamant.

We will defeat the coronavirus, and this victory will be absolute if we learn to trust ourselves. Until then, however, we will love our fellow man from a distance. And we will also learn to thank our doctor, our kind neighbor, the delivery person, and even the prime minister – although that’s probably asking too much from those of us who suffer from a different type of virus: The “anyone-but-Bibi” virus, which continues to prevent the formation of a government. That’s already more severe though. The coronavirus we’ll beat. 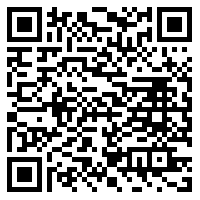