In the Sunday New York Times — the most widely read issue of the week — the lead story was about a young Israeli soldier whose bullet ricocheted off the ground and killed a young Palestinian medic who had admitted to being a human shield and who was videoed throwing a smoke bomb. The next day— in the less well-read Monday issue — the Times reported on the murder and torture committed at the hands Afghan troops affiliated with and trained by the American CIA. The piece opens with the troops shooting and burning an entire family including a three-year-old girl. The number of deaths associated with these units (who at times were mistaken for ISIS) could not be verified but accounts put them at hundreds in one month. Apparently, the Times’s editors believe that the Israeli story, involving one soldier who shot one Palestinian under questionable circumstances, deserves wider coverage than deliberate massacres perpetrated by Afghan troops trained by the CIA.


The report’s bias is clear from the introduction of the article and persists throughout the reporting. These reporters constantly characterized as “protesters,” large groups of Palestinians that include violent Hamas fighters who carry weapons and maps of civilian targets. The Times’s reporters portray the “protestors'” goals as “risking their lives to make a point” or “to break through the fence and return to their ancestral homes in what is now Israel.” The goal of many of the Hamas fighters was, in actuality, to break through the fence and kidnap and kill Israeli civilians. The report accuses the Israelis of using “a policy that has taken the lives of nearly 200 Palestinians.” Their biased reporting leaves the reader with the impression that all the people killed were civilians, although many were armed Hamas fighters. Even Hamas acknowledges that many of those killed were its combatant fighters.

While Hamas is happy to boast openly about their fighters tearing at the border fences in Gaza and hiding behind civilians to evade Israeli soldiers—the New York Times makes no mention of this. Israeli soldiers are portrayed as faceless killing machines, without a single reference to the fire kites, terror tunnels, rockets or cross border explosive devices utilized by the Palestinians, or to the double war crime of Hamas targeting Israeli civilians by firing rockets from behind Palestinian civilians. The goal of these Hamas-directed “protests” was to cross the border and kill or kidnap Israeli civilians using Palestinian civilians as human shields in order to maximize deaths of Palestinians so they can cry war crimes. We can see this play out in the IDF video which the Times characterizes as being “tendentiously edited.” However, they fail to acknowledge that it accurately shows al-Najjar throwing a smoke bomb and declaring herself a human shield. Let the Times show the entire unedited video and have its readers decide whether it was fairly edited.

The report omits the trauma and wounds experienced by Israeli civilian residents who live near the fence. For days, the Israelis had lethal fire bombs, burning tires, and rocks hurled at them. These Israeli civilians are not occupiers or usurpers. They live in Israel proper not in occupied or disputed territory. This area was built from scratch by Israelis on barren desert land and the Israelis have a right to be protected from fire bombs and mobs determined to breach the protective fence. How would other nations respond to such threats? Certainly not by treating these dangerous mobs as peaceful protestors merely exercising their freedom of speech and assembly.

As it always does, Israel will fully investigate the circumstances leading to the death of al-Najjar. Reasonable people might agree or disagree with the outcome of any such investigation, but Israel has a good record of punishing soldiers who have exceeded their authority and engaged in improper use of lethal force. The Times’s absurd conclusion that the shooter may have committed a “war crime,” ignores the law of war crimes. Reasonable mistakes about who is or is not a combatant do not constitute a war crime. Moreover, the court that has jurisdiction over war crimes, the International Criminal Court, has no jurisdiction to investigate individual acts by soldiers if the nation to which they belong conducts reasonable investigations, as does Israel. Contrast what Israel does with how the Palestinians treat terrorists who willfully target and kill Jewish children, women and other civilians. The Palestinian Authority pays their families rewards – in effect bounties — for their willful acts of murder. Hamas promotes and lionizes terrorists who kill Jews. But you would not know any of that from reading the one-sided New York Times screed.

Israel makes mistakes and sometimes overreacts in self-defense. But a biased one-sided story in the Times only encourages Hamas to use more human shields so as to increase civilian deaths and make the false case for war crimes. As long as the Times and other media continue to approach this issue in a biased manner, we can expect to see the cycle of Hamas’s criminal behavior continue. All in all, it is a shockingly irresponsible report. 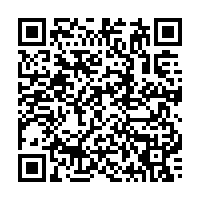