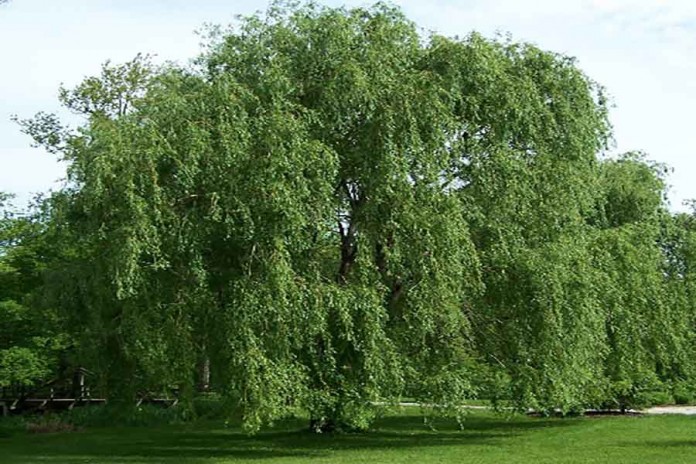 The first summer after we moved into our new house in Highland Park, my grandfather took three willow branches from his yard in Sheepshead Bay and planted them in our backyard. He told me to water them only at the beginning, that in time they would take root and flourish on their own. After a few years the corner of our yard was a gorgeously overgrown tangle of willow branches. My grandfather encouraged me to prune it, but I never did, afraid that my inherent tendency to kill even the hardiest plants would somehow taint the branches through sheer proximity alone.

Willow trees have long been considered symbols of adaptability and perseverance. They can survive fierce storms and withstand tornadic winds. In the rare instance that a branch breaks, it regenerates itself, equally strong. Scarred, but not broken.

My grandfather was a robust, powerful man even well into his late eighties. He was a Holocaust survivor who escaped the Nazis only to end up in the hands of the Russians. Along with my grandmother and her family, they spent a majority of the war in a Siberian labor camp where, miraculously, my mother was born. Even the most literal mind would be hard pressed not to see the unequivocal connection between my grandfather and the willows that he had planted.

Although I was aware of this midrash, in this instance, my grandfather was no willow. My exceedingly kind-hearted zaidy who learned daily in his local bais medrash after he retired, was patently the esrog in this scenario. I intellectualized this apparent discrepancy by invoking the axiom of shivim panim l’Torah.

After my grandfather’s death I found solace in the lush green corner of the yard. Every fall the leaves would turn from green to yellow and tumble gently off the branches, leaving the newly exposed stalks on their own to bravely combat the winter until spring would coax them to life once again. A few years later we hired a new gardener who in his zeal to revitalize our yard mowed down the entire willow bush, convinced it was an overgrown mess of weeds. I was devastated beyond words, but confident they would grow back. Willows, I had researched, were hardy with strong roots. There was no question in my mind that the next spring the willow branches would emerge defiantly from the soil. Much to my shock and dismay, the patch of earth remained barren and brown, impervious to the laws of nature. This cycle of disappointment repeated itself year after year. Eventually we built a large shed that blocked my view of that particular corner of the yard. Although I never forgot about that desolate patch of ground, it no longer stared me in the face every time I looked outside.

According to the midrash above, we take all four minim together in both hands and bind them together for the na’anu’im, emphasizing the codependency of all types of Jews. Why is it though, that at the end of the holiday, we take the aravos, the seemingly weakest element of this quartet, and use them in a highly ritualized dance to beg Hashem to save us? Wouldn’t it make more sense to use the esrog?

Rav Kook puts a totally different spin on what it actually means to be a “willow” Jew. Willow Jews are the simple Jews, the plain pashute Yidden who may not be brilliant Torah scholars or have performed as many mitzvos, but they are special, unique, due to their simple, unwavering faith. As he explains in Silver From The Land Of Israel, their instinctive devotion “is also a force to be reckoned with – a natural healthy power that is part of the arsenal of the Jewish people.” Aside from beautifully highlighting the inherent worth of every type of Jew, these words also resonated on a personal level and clarified the conundrum of how my zaidy was a willow Jew – but also, not.

My grandfather was an esrog on the inside, but a willow on the outside. Like all of us, he was not one thing, stuck in one box, but able to be many things simultaneously. Although he was always neatly dressed, his clothing was plain and well worn. His tiny house in Sheepshead Bay looked exactly the same for the entire thirty-odd years that he and my grandmother lived there. He had no car, no “stuff,” his prize possession was my mother, his only child, and the beautiful family that she and my father had built. Every penny he made after coming to America was scrimped and saved, used only for food, essential bills, tzedakah, and to ease the financial burdens of his cherished family. I don’t remember ever hearing him give a dvar Torah or pontificating on the cerebral, but I do remember how he cried when he davened and the luminous smile he had for everyone he encountered.

The aravos never grew back again. The ground there remains predominantly bare, with a rare patch of mysterious green growth that randomly pops up and then mysteriously vanishes. Another well-known fact about willows is that not only are the roots very strong, but they are also extensive; larger and more spread out than the actual stems themselves. Although the visible, flowery part of my willow bush lies dormant, the roots of this simple plant, this simple Jew, continue their one true mission: to endure. 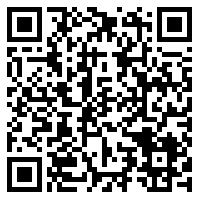